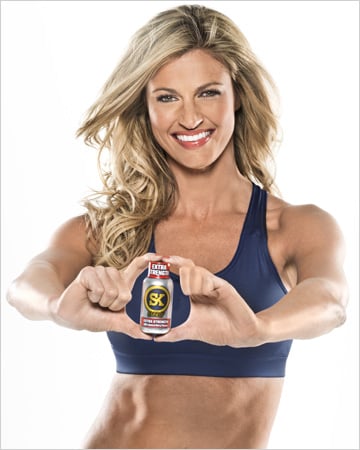 “I think any time you can be part of a brand that represents health and fitness and have a mastermind like Curtis [Jackson] behind the whole thing — I wanted to jump at the chance!” Erin  told She Knows.

As you may be aware, 50 Cent had a lil awkward moment with journalist Erin Andrews at the NASCAR Daytona 500 event a few days ago. It appeared like 50 was reaching our for a kiss, only to be denied by the lady. TMZ ran into Erin at an airport yesterday and asked her about the incident. She says it was her fault and they’re actually business partners on SK Energy. Watch both videos below.

Erin let her 1.7 million Twitter followers know how excited she was about working with 50 earlier today.

NASCAR explains the procedure for opening pit road after a stage