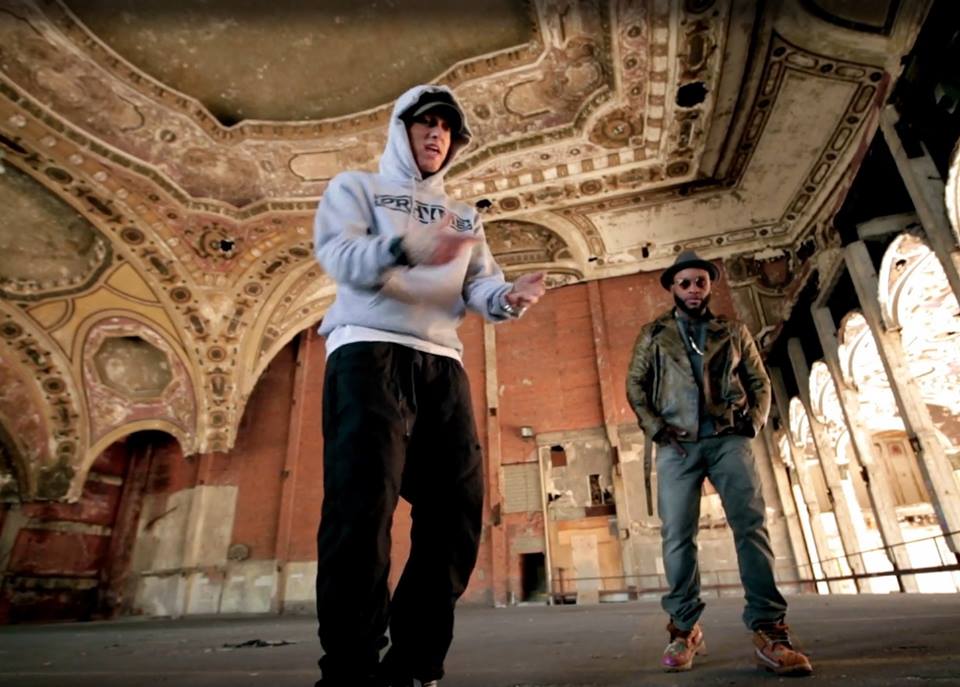 EMINEM is a long form of initials (M&M). Marshall Mathers has mentioned many NASCAR drivers on songs from the past (see links below).

Shady XV is due in stores on November 24. It features classic songs from multiple artists signed to Shady Records over the years. It also includes an entire CD of new songs from Eminem and more.

This is not the first time a rapper has mentioned the tragic Tony Stewart on track incident that took the life of sprint car driver Kevin Ward Jr. Several weeks ago we reported on G Unit member Tony Yayo who also spoke on Tony Stewart (see link below).

While 50 Cent and G Unit were both originally signed under Shady Records, they have since parted ways. That Tony Yayo song mentioning Tony Stewart will not be featured on the Shady XV album.

Click here to learn more about the Tony Stewart incident and see the video of the crash.

You can watch the full Shady Records Cxypher video below. Scroll to the EMINEM verse at the end of the video to hear EMINEM mention Tony Stewart the NASCAR driver.

Been known to lose it though. So if I overdue it, you drove me to it. When I step in the vocal booth like I’m suppose ta do and murder you on a fuckin’ track like Tony Stewart.

I’ll jump ahead and do some explaining for the one’s who undoubtedly won’t understand the line and instead head right to the comment section. Track = Racing. Track = Music Song.