With the racing season set to kick into full gear during this weekend’s Rolex 24 Hours of Daytona race, Forza fans now have a chance to get their own taste of endurance racing glory with the Forza 6 Alpinestars Car Pack for Forza Motorsport 6, available on Thursday, Jan. 28. Leading off the pack of seven cars is last year’s 24 Hours of Daytona winner, the 2015 Ford #02 Chip Ganassi Racing Riley Mk XXVI Daytona Prototype. The prototype will be fielded in this weekend’s race, which begins at 2 p.m. EST on Saturday, Jan. 30 and can be viewed live on Fox Sports 1 in the U.S.

The Alpinestars Car Pack features six additional cars, each with a unique pedigree all its own. From the 1990 Mercury #15 Whistler Radar Cougar XR-7 – also a competitor in Daytona 24 Hour events of years past – to the inimitable 2005 Pontiac Aztek (famous more for its fictional owner than its performance), this pack has something for every kind of car fan.

Forza Motorsport 6 is the only game where players can drive last year’s Rolex 24 Hours of Daytona winner on the recently remodeled Daytona International Speedway. To celebrate this, beginning on Jan. 28, Forza Motorsport 6 players will be able to compete in a special Rivals mode featuring the Ford Daytona Prototype on the Daytona Sports Car Circuit for a chance to win amazing Alpinestars prizes.

The Alpinestars Car Pack is included at no additional cost to owners of the Forza Motorsport 6 Car Pass, which brings a new set of seven cars each month for six months. That’s 42 cars in total. If you don’t have the Car Pass, the pack can be purchased separately for $6.99. Cars can also be bought from the pack individually.

Here is a deeper look at the Alpinestars Car Pack. 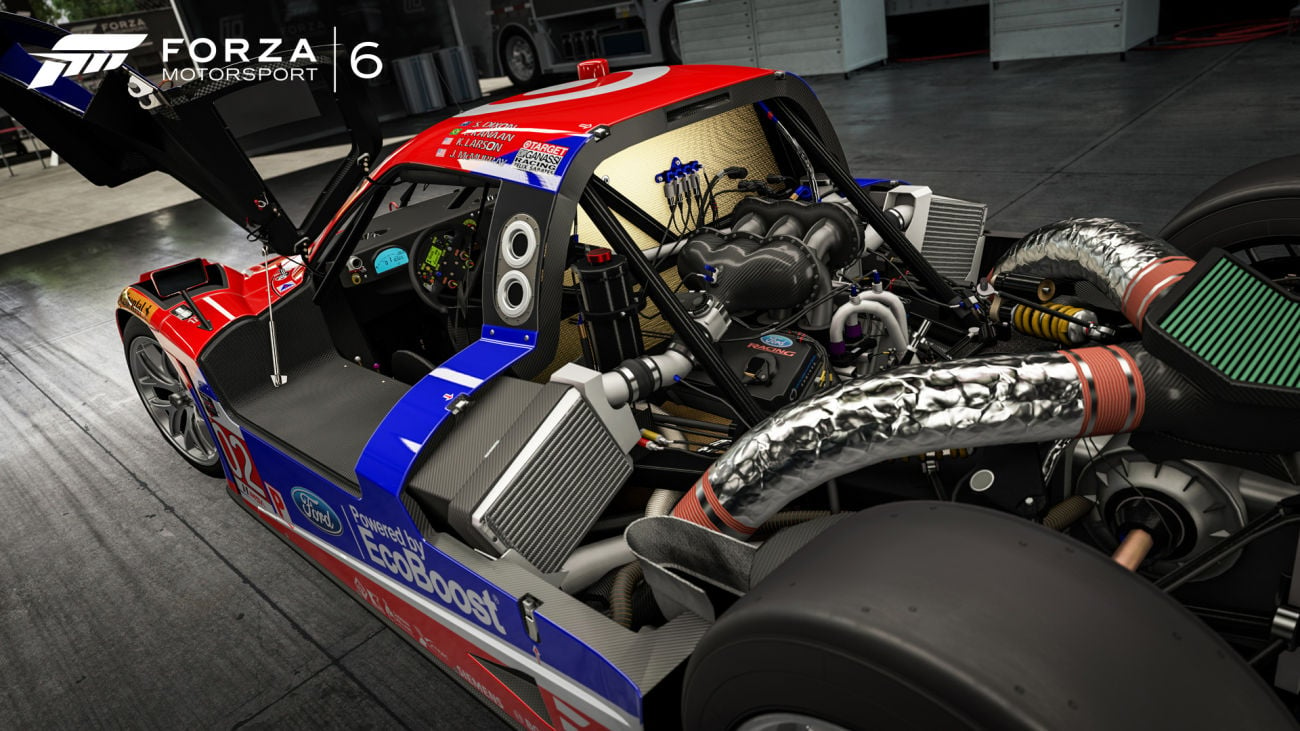 A look at the drivers for Ford’s #02 Daytona Prototype might cause you to do a double-take. At the very least, it will make the team’s victory at last year’s Rolex 24 Hours of Daytona simple to understand. IndyCar champions Scott Dixon and Tony Kaanan joined NASCAR stars Kyle Larson and Jamie McMurray to form a super team with all the right skills. The Riley Mk XXVI chassis is a proven winner with eight consecutive Rolex 24 Hour race wins and team championships. The icing on the cake is in the heart of this beast – a 3.5-liter Ford Ecoboost V6 delivering a grunty bottom end and a screaming top end that pushes this racer to astounding speeds. It’s waiting for you to charge through a couple laps at Daytona, or maybe carry you to your own endurance race victory. 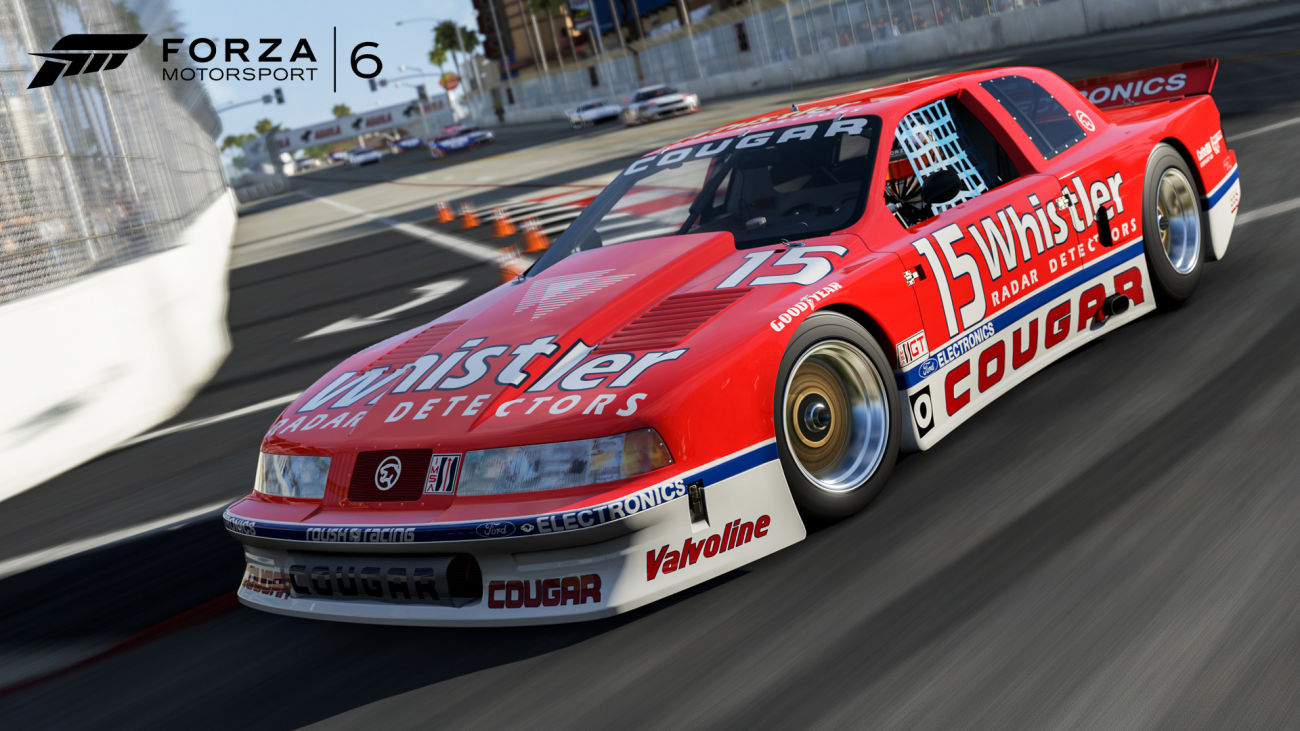 The seventh-generation Mercury Cougar XR-7 battled with its palindromic nemesis – the Mazda RX-7 – in the IMSA GTO class. The Cougar had won the series in 1989 with driver Pete Halsmer, who switched over to import rival Mazda in 1990. Halsmer was replaced by a young Robby Gordon. Gordon won his debut race in the GTO class at Daytona at the wheel of the Whistler-sponsored Cougar. With teammates Calvin Fish and Lyn St. James, Gordon and the team placed fifth overall. The Cougar and its drivers would also win at Sebring that year. By the end of the 1990 season, Mercury added another championship to its long-running string of victories. Gordon would go on to win in nearly every racing series with four wheels. This V8-powered version of the #15 (there was also a turbo-V6 for tighter courses) is more than a handful. Tame the Cougar and you will have a strong ally in your fight for victory.