James Hinchcliffe gives Dancing with the Stars partner Sharna Burgess a ride in an Indycar. Watch the video from the ride at Sonoma Raceway below.

SONOMA, Calif. – James Hinchcliffe wowed fans Monday on the season premiere of ABC’s “Dancing with the Stars” with his moves. On Friday, he wowed his dance partner, Sharna Burgess, with his speed in an INDYCAR Experience two-seater ride-along at Sonoma Raceway.

Burgess was taken aback by the Verizon IndyCar Series star and the thrill ride around the 2.385-mile permanent road course, admitting she was incredibly nervous in the buildup.

“I completely terrified myself going into this experience,” the 31-year-old Australian said.

“I just didn’t know what to expect. I mean, 165 mph is a lot faster than I’ve ever gone and faster than I’ll ever go again,” Burgess said. “I knew I was in safe hands with James, but still at the same time, you can’t expect to know what that feels like. But I actually two turns in was like ‘Oh, this is amazing!’” 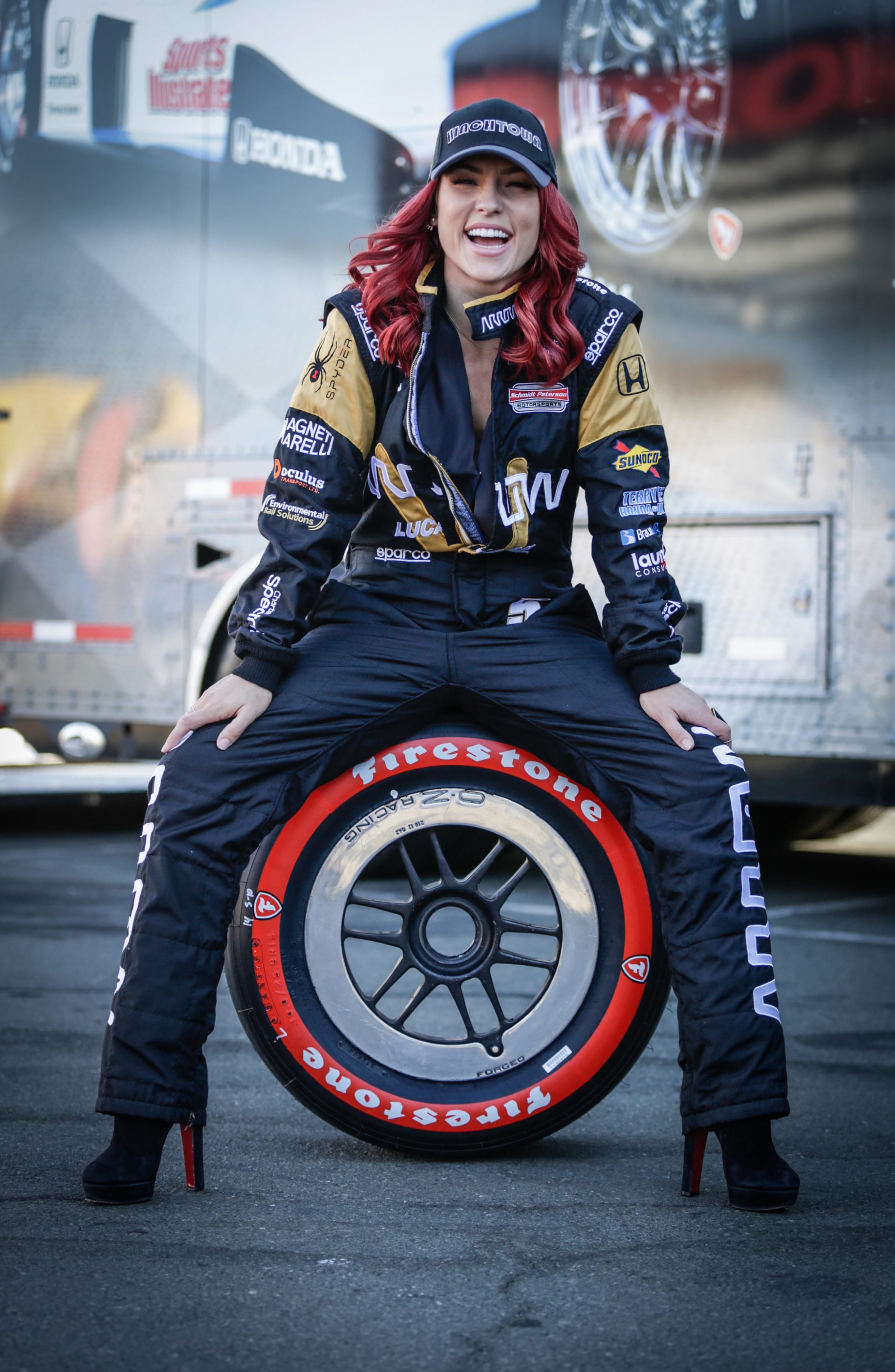 The exhilarating speeds were met with a wealth of elevation changes on the 12-turn circuit north of San Francisco. According to Burgess, there was no true comparison to match it.

Hinchcliffe, driver of the No. 5 Arrow Schmidt Peterson Motorsports Honda, will set sail for 85 laps in the GoPro Grand Prix of Sonoma on Sunday. Having only gone two laps in the two-seater, his dance partner was already feeling the effects.

“My legs felt like jelly and I kind of felt like everything else is moving in slow motion after going that fast,” Burgess said. “It’s an indescribable feeling.”

The amount of preparation and athletic ability is something to which the former world championships dancer and choreographer is very accustomed. However, she noted that Hinchcliffe’s capacities were on “a whole other level” than that of her profession.

“It’s hard for me to even understand,” she said. “My job is physical and I understand that and I know how to push my body, but what is required of James and all the other INDYCAR drivers is on a whole other level.

“Being able to focus that way and withstand the G-forces and turn a car that has no power steering and be able to do it with exact precision on every single turn for three hours – it’s unbelievable what they can do. For me, I think it far exceeds the athleticism that I need as a dancer.”

Burgess and Hinchcliffe tied for the highest combined score from judges with their Week 1 foxtrot. The pair got in more dancing practice Thursday in Sonoma before they perform a Latin dance in Week 2 of the competition – a day after the Sonoma race. Burgess won’t be able to stick around to watch the affable 29-year-old Canadian race, due to show commitments.

Week 2 episodes of “Dancing with the Stars” air live at 8 p.m. ET on both Monday and Tuesday. Judges’ scores combined with fan voting determine which of the 13 couples advance each week.