Reigning Indianapolis 500 winner and Verizon IndyCar Series rookie of the year Alexander Rossi has partnered with his first karting coach, Matt Jaskol. They are prepping to race for Italian team Factory CRG in the 2016 SKUSA SuperNationals. 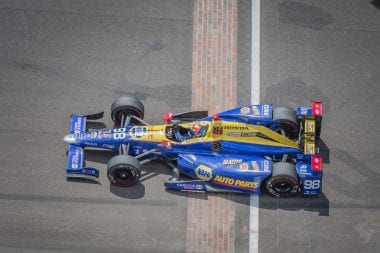 Matt Jaskol met Rossi nearly 15 years ago and coached him in karts for a year before Rossi graduated to single-seaters, made five starts in Indy Lights in 2007. The two reconnected this May when Rossi won the 100th Running of the Indianapolis 500 presented by PennGrade Motor Oil. The pair will each race in the KZ Pro and S1 classes.

“This is where it all began and for me to give back to the foundation and roots of my profession is something I really look forward to,” said Rossi, driver of the No. 98 Andretti-Herta Autosport Honda in the Verizon IndyCar Series.

“Matt was and is an inspiration to me and a really big part of the reason I took the next step in racing. He’s an incredible go-kart driver and champion and it’s a huge honor to finally be racing with him and I’m very thankful we have the support of the World Champion Factory CRG team.”

Rossi isn’t the only one returning to his roots for the biggest kart race of the year. Conor Daly, who battled Rossi all season long for top rookie honors, is also scheduled to compete in the 2016 SKUSA SuperNationals.