The photos below tell someone’s sad story. It’s the story of a local dirt track racing team that lost everything.

Unfortunately, I don’t know whose story it is that I’m about to tell.

MYSTERY SOLVED: UPDATED VERSION OF THIS STORY BELOW

I was on my way to cover the Silver Dollar Nationals on Saturday morning in Nebraska. As I neared I-80 Speedway for the Lucas Oil Late Model Dirt Series show, I saw something horrible out of the corner of my eye. While passing a semi, mostly blinded to the highway shoulder, I spotted a trailer. 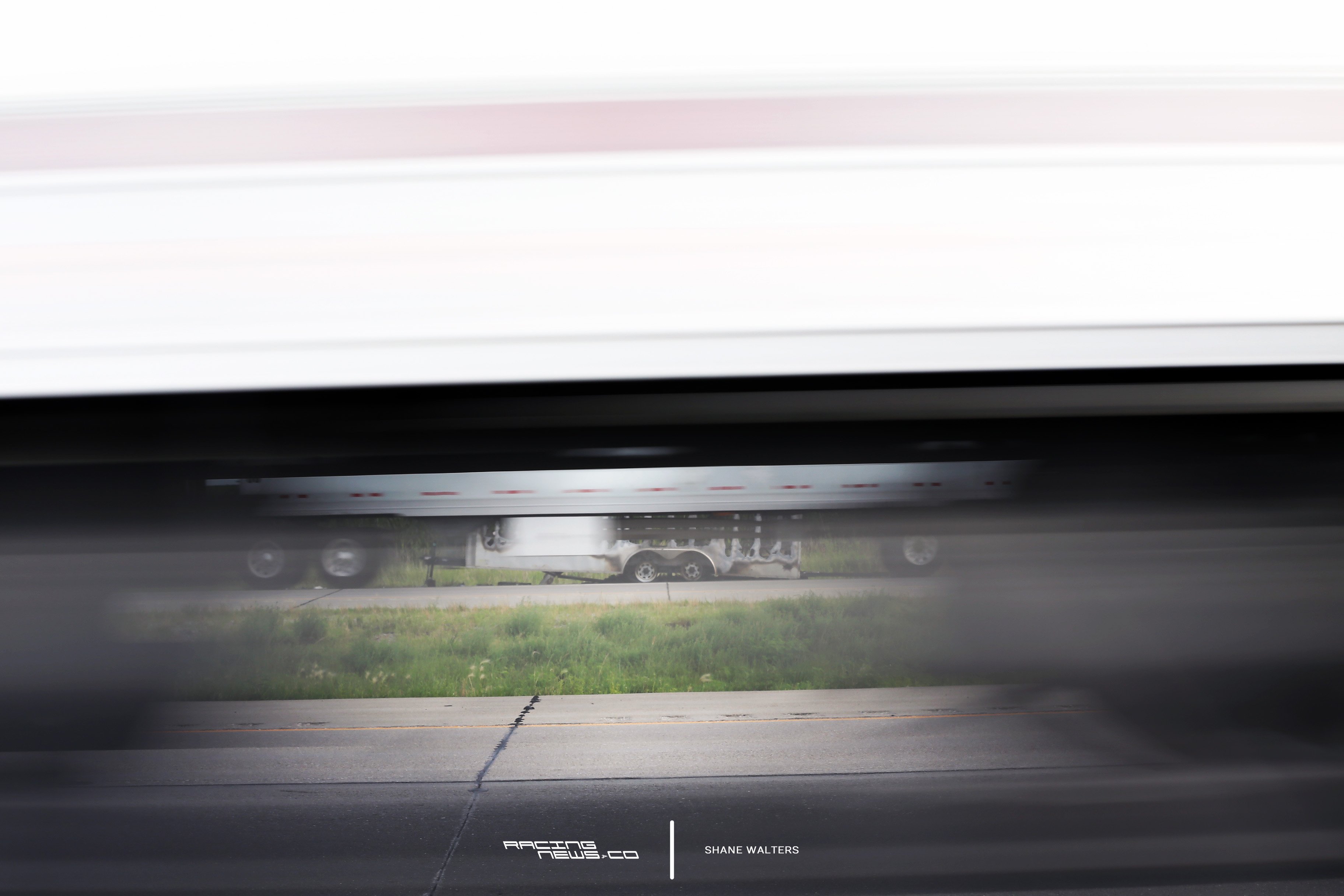 I wasn’t certain but I thought I saw racecars inside. I drove 5 miles to the speedway exit, pulled a loop. 10 miles back in the direction I came from, another loop. 5 more miles. Finally, I returned to the scene.

In fact, my peripherals were correct. It was a smoldering skeleton of a racing trailer.

The trailer was parked on the eastbound lane of I-80, less than 5 miles from I-80 Speedway. The grass alongside the deserted racing trailer still had the smell of fire. It was clear that I hadn’t arrived on the scene too long after the fire had been extinguished. 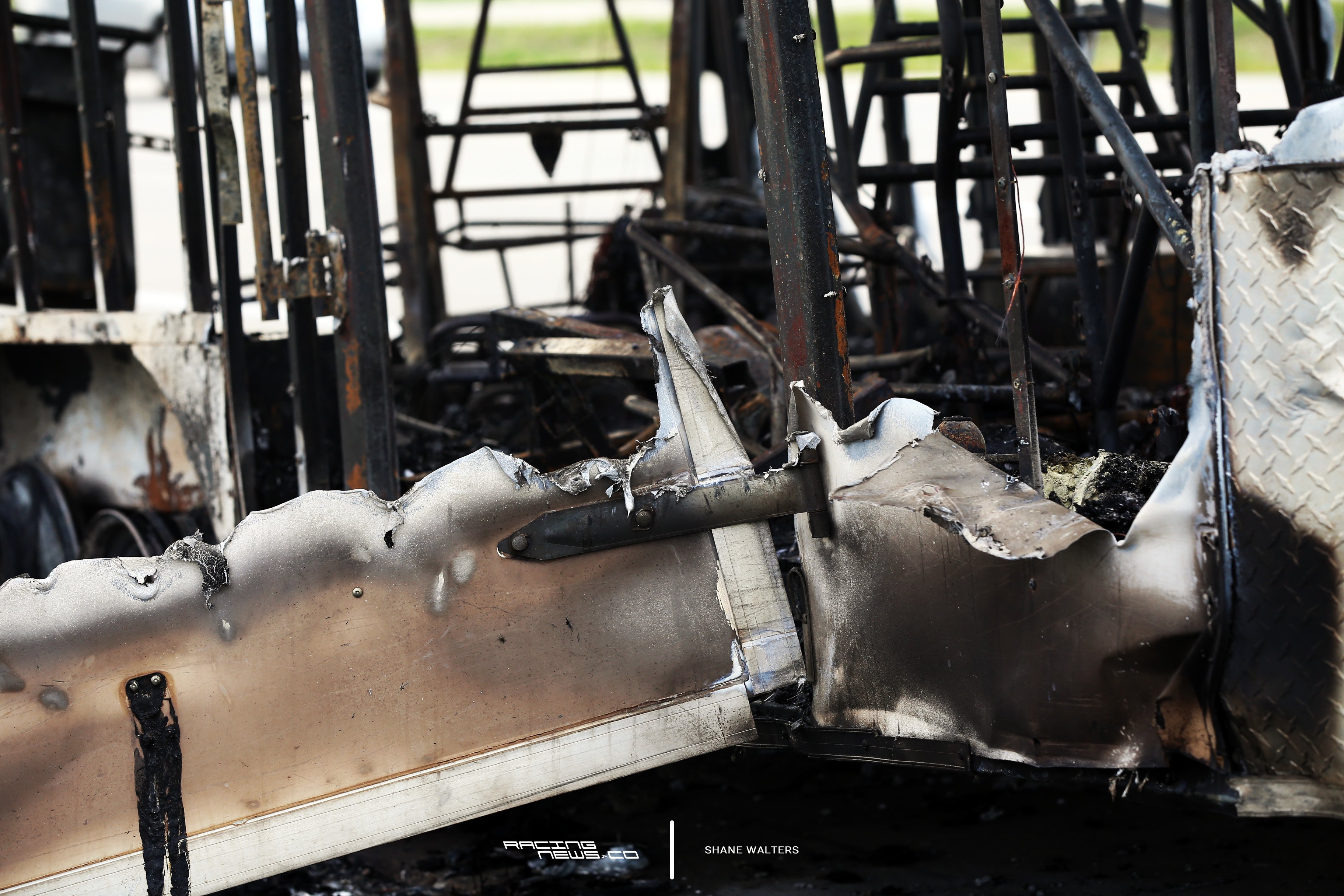 The side door of the hauler was pulled open and the same for the back door of the hauler. As if someone was desperate, in a rush, trying to remove their race team from the enclosed aluminum oven. Unfortunately, it doesn’t look like they were able to pull much out.

Though, a quick look inside the hauler will tell you, it probably wasn’t extinguished at all. It looks like this fire burned forever. Until it put itself out and ran out of things to burn. 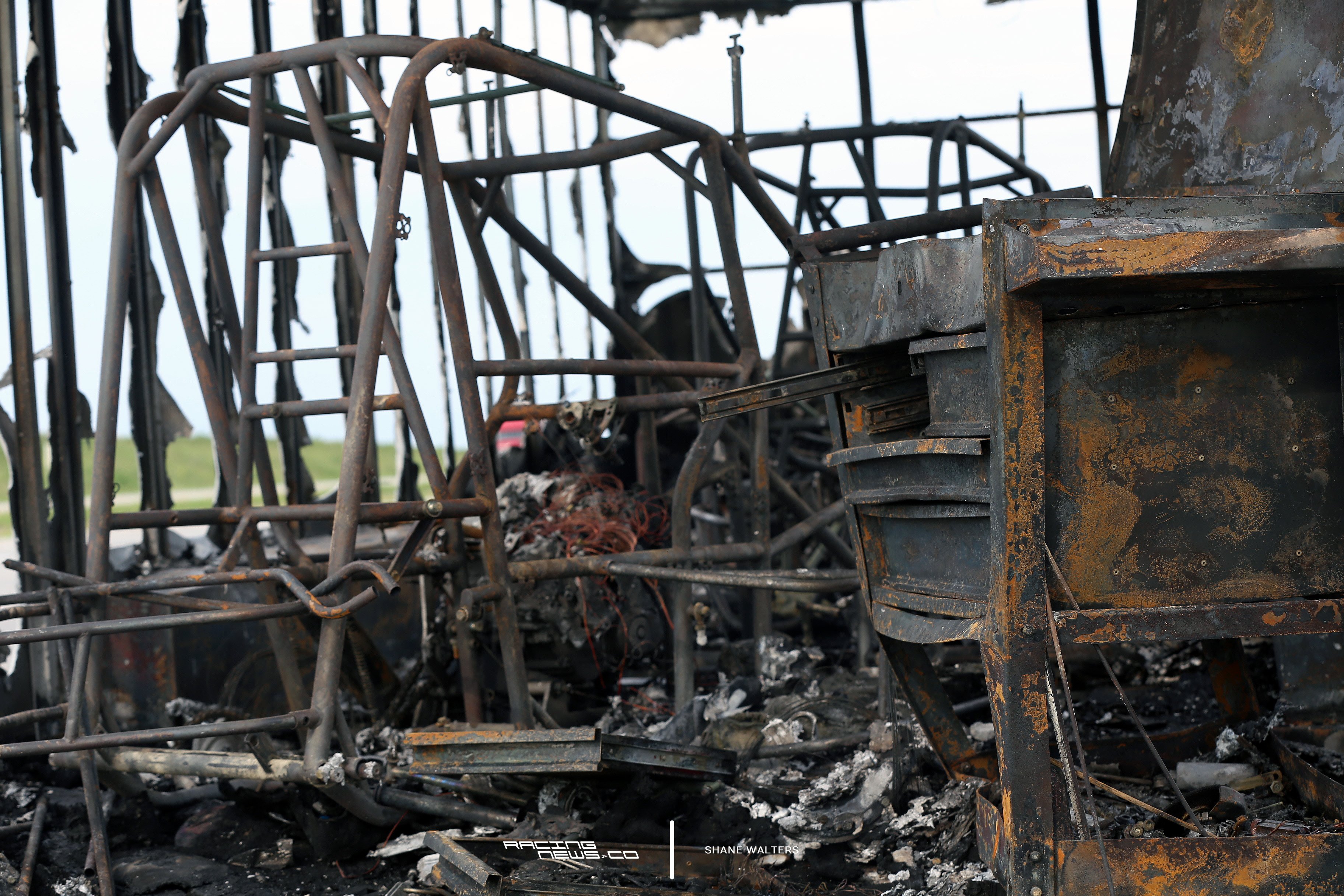 Inside: A short track racing team. Two race cars built on hyper chassis. 600 mirco’s most likely. The wings had been burned completely off. The lack of wings gave one of them the impersonation of a midget racecar. I think these were a pair of 6oo mirco’s. One with a wing and one without.

Only the bare frames remained. The tires, gone. The engines, melted to the block. The tool boxes, melted.

It was sad to look at. As I sit here re-thinking it, I feel sick. 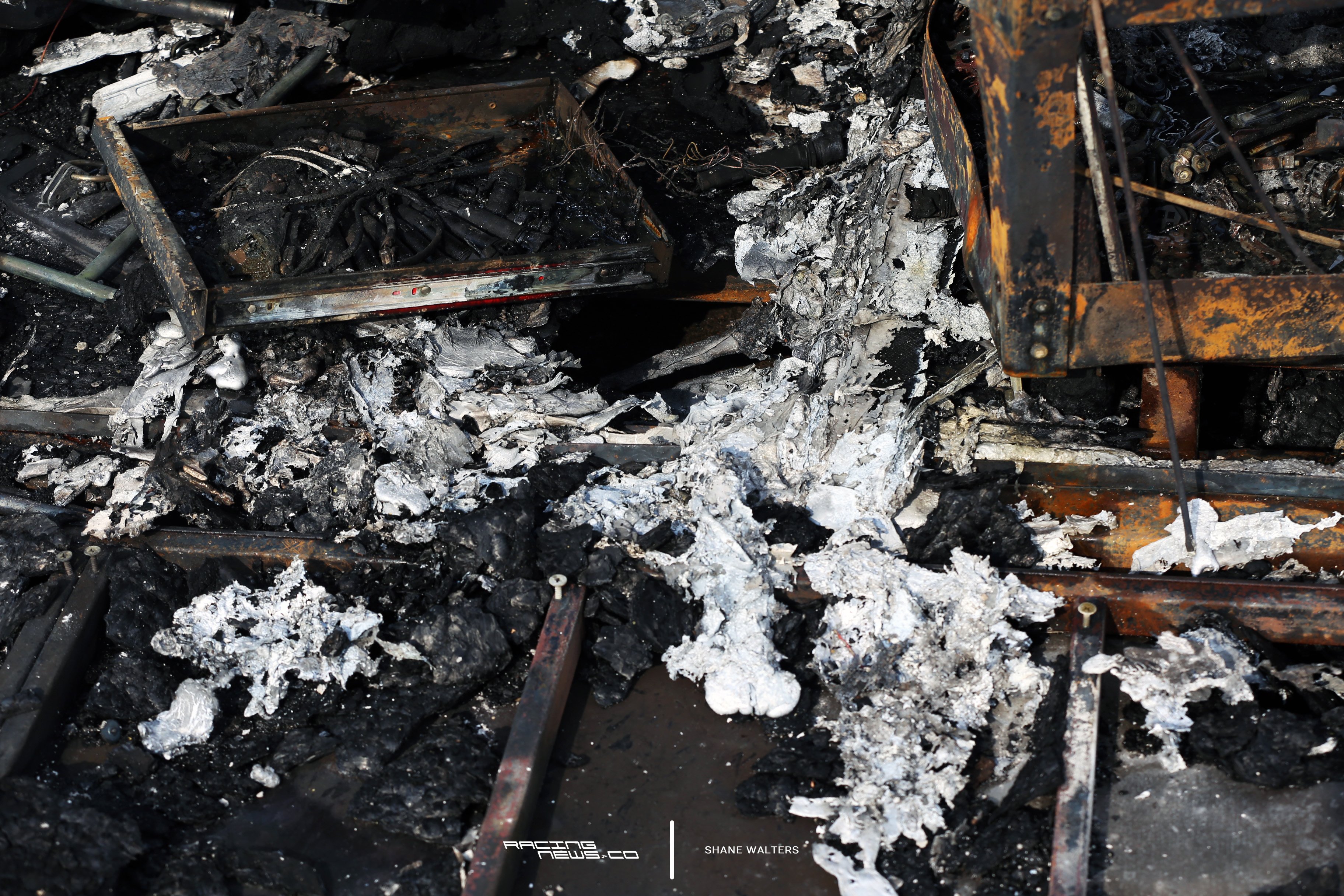 I asked around, did some detective work. Even called a few people in the area. Nobody appears to know anything about the short track racing team that lost everything. Several days later, I’m still unsure whose story I just told.

I’m hoping this post will reach the racing family. I’d be happy to write a follow up. After 10 years of running this website… I’ve learned that in these situations, sometimes, the racing community can do amazing things. I’d be happy to tell their story again, or update this one.

With the right amount of exposure, miracles happen. Perhaps a crowd funding link could help the family return to the racetrack.

9AM: I’ve located the racing team. Not 5 minutes after this post was shared, I was pointed in the right direction. The trailer was used to haul equipment for Clint Nelson from Alvord, IA and his teammate Nick Kirkegaard from Ellsworth, MN.

Nick Kirkegaard commented on the horrible situation, “We travelled about 5.5 hours to race Kam Raceway in Hastings, Nebraska. We were going to race at a track in Kansas before heading home Sat. We decided to not go race due to the heat but turned out to be worst decision we ever made.”

The racing hauler held 2 complete winged micro operations. The trailer also housed all the spare parts, tools and safety equipment for both drivers. The trailer was detached as they waited for the fire department to arrive. Members were un-injured.

What do they think caused the fire? Kirkegaard was told, “They think from an empty fuel can.”

I also want to be clear that the team did not abandon this trailer while it was on fire. It was only abandoned by the time I got to it. That was simply because the police told the race team, “They had to leave.”

Ricky Weiss Racing has a stunning new trailer on the way