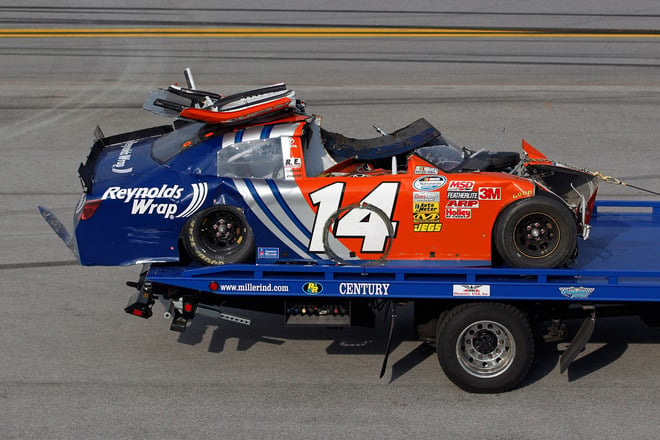 The incident happened in the closing laps of the NASCAR Talladega Nationwide Series event.

The roof was peeled off the car to help aid extrication of McClure, who was placed on a stretcher and taken to University of Alabama Birmingham Medical Center for further evaluation, according to ESPN and the Motor Racing Network who presented media coverage of the event. ESPN reported NASCAR said McClure was taken for evaluation and treatment.

“I’m told he was conscious, alert and talking to the attendants when he was transported down,” NASCAR spokesman Kerry Tharp said. As of now that is the latest update on his condition.