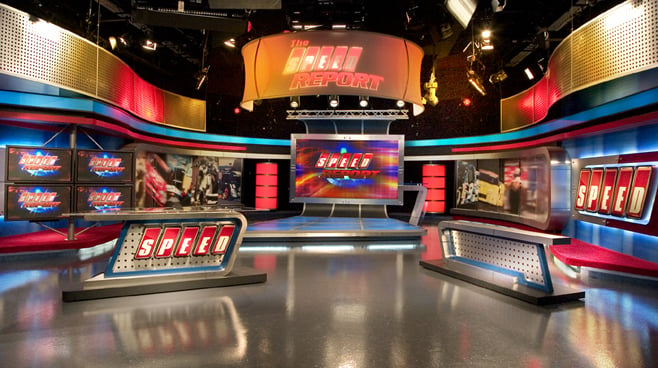 SPEED changing to Fox Sports One on August 17 and will offer more sports programming.

What was widely known in the racing community has become official as Fox announced it will be replacing SPEED with a new, national and multi-sport network called FOX Sports 1, effectively bringing an end to automobile, motorcycle and racing focused programming in the United States.

“Our ‘secret,’ admittedly a very poorly kept one, is now revealed,” said Eric Shanks, the network’s COO and co-president. “Fans are ready for an alternative to the establishment, and our goal for FS1 is to provide the best in-game experience possible, complemented by informative news, entertaining studio shows and provocative original programming.”

Initial programming will include over 5,000 hours of live events including college football, college basketball, baseball, soccer, NASCAR and of course American football, Fox Sports’ bread and butter for the past 19 years.

Starting life in 1996 as Speedvision, the racing-centric channel was bought by Fox in 2002 and changed to SPEED growing to a potential audience of over 90 million homes. This makes the debut in August the largest sports network launch in history and will likely bring hefty competition to original sports-only channel ESPN’s stranglehold on sports programming.

Fox Sports is using a drone for Daytona 500 TV coverage