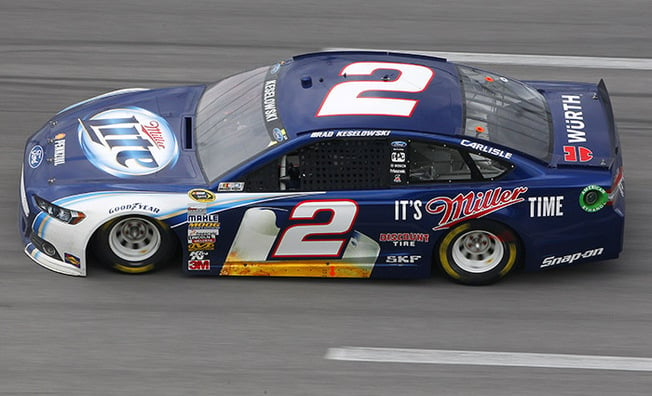 The following Brad Keselowski Letter To David Ragan was originally published on the NASCAR driver’s website following the the Aaron’s 499 race at Talladega Superspeedway.

I finally had a chance to digest what happened at the end of the Cup race at Talladega on Sunday. I owe David Ragan and his fans an apology. I placed blame on David Ragan for the restart lineup confusion when it wasn’t his fault.

I was very passionate about the finish because I thought we had a chance to win the race if I restarted the race in the 10th position instead of ninth. Passion is a very important characteristic to a champion driver. That passion is not something I will apologize for. The outside line – the 10th spot, in particular – was a huge advantage over the 9th position. David executed that positioning perfectly for the win.

I know first-hand what it’s like to take a lower-budget team victory lane. My comments were never to detract from their victory. They were only to express my opinion that I thought we had been wronged.

Basically what happened is that, when the yellow came out at lap 184 the lineup was supposed to be Scott Speed, myself and David. We were actually lined up David, Scott and me because we were unsure what the lineup was. NASCAR did not change this before opening pit road so by procedure we were lined up in the proper positions. NASCAR made a last-minute lineup change that we missed as we were getting ready to go back to green. David attempted to make it right by letting me go at the start/finish line with one to go. I thought he was attempting to change the pylon because the order is supposed to be set before pit road opens.

With the multi-car wreck, the rain and the impending darkness it is easy to see how NASCAR could have made that mistake.

It was a confusing time for all of us. I want to send a sincere congratulation out to David Ragan and everyone at Front Row Motorsports. It was a very cool win for our sport.

Barney Visser issues a letter to the fans