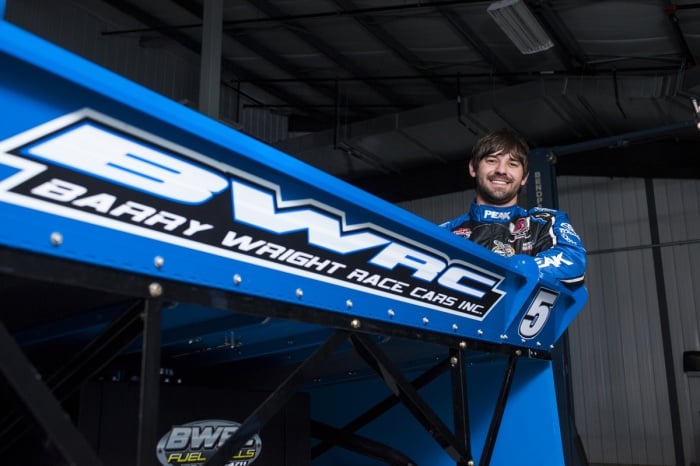 Tony Stewart’s inaugural “Mudsummer Classic”, which will be NASCAR’s first national series event on dirt since 1970, has been the talk of the town as most NCWTS teams prepare for their first dirt race. This however is not the first dirt race for ESR as they have competed and won dirt races in the ARCA Racing Series.

“It’s gonna be a wild event since not many know what to expect, but Jared Landers is an ace on dirt and we have great people and equipment to handle the job. It’s sure going to be fun”, states team owner, Eddie Sharp.

“I’m really excited to get to race in the Truck Series. We’ve been talking about this race for a long time and now that’s it’s a reality, I’m excited and ready to go to Eldora,” stated Jared Landers.

Jared Landers is a full time driver for Clint Bowyer Racing, is also the current track record holder in at dirt late model at Eldora Speedway, and most recently competed in the Dream 100 there on June 8.

ESR is putting together several trucks for the dirt and road course events on this year’s NASCAR Camping World Truck Series schedule. “We have a lot of fresh and exciting things happening at ESR, we have a great program with Max Gresham in the #8 and racing with Jared (Landers) at Eldora is another great step” stated Sharp.

Landers is a regular driver for Clint Bowyer Racing and has over 100 wins in his dirt late model and open wheel modified career. Landers competes full-time on the Lucas Oil Late Models Series circuit. For more information on Jared Landers www.JaredLanders.com – Twitter @JaredLanders5

Eddie Sharp Racing (ESR) (TeamESR.com) is a championship winning racing team housed in a 45,000 square-foot facility in Denver, N.C. After getting its start in the Automobile Racing Club of America (ARCA) Racing Series, ESR has accumulated upwards of 20 race wins, the 2009 ARCA Racing Series Championship, and countless top-five and top-10 finishes in just five years of competition. By 2010, ESR began to make the transition into the NASCAR Camping World Truck Series (NCWTS) with a partial schedule before racing in the series full-time in 2011. By 2012, the team expanded to be a multi-truck team and secured its first victory in just the team’s 35th NCWTS race. Additionally, ESR continues to build its driver development program fielding various drivers in the ARCA Racing Series, the United Auto Racing Association (UARA) STARS Series and other late model events across the southeast.

Brandon Kinzer pulls himself from the seat following back issues