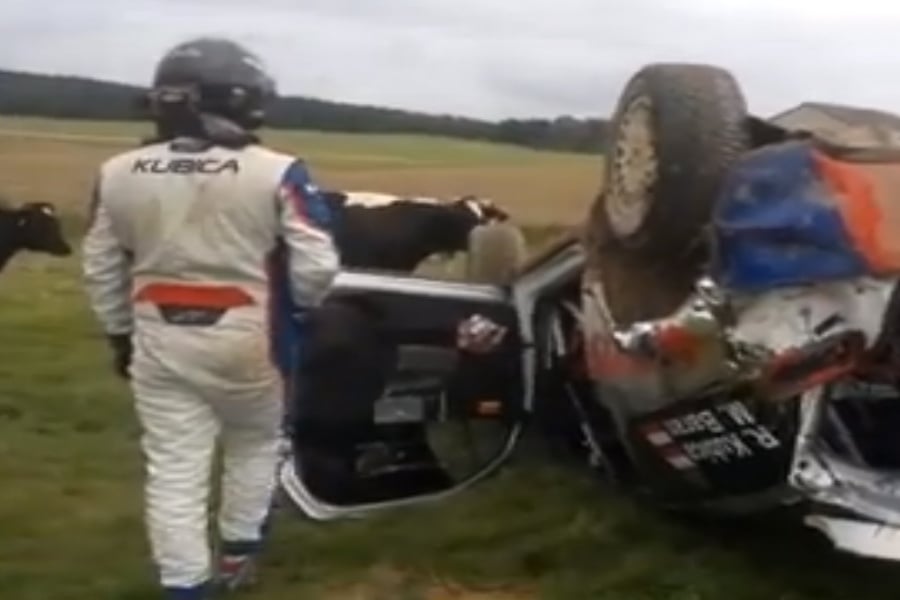 Robert Kubica and co-driver Maciek Baran were uninjured but their Citroen DS3 might have been a write-off after a massive crash while testing prior to the start of the FIA European Rally Championship in Poland.

Following the Robert Kubica crash he returned to his homeland to prepare for the ERC race instead of taking on the World Rally Championship event in Australia. The Pole was holding the WRC-2 points lead in the premier rally series, but had already planned to miss the event in the land Down Under.

If he does continue with the repairs completed on the damaged Citroen, it will be his first event on his home turf for 16 years.