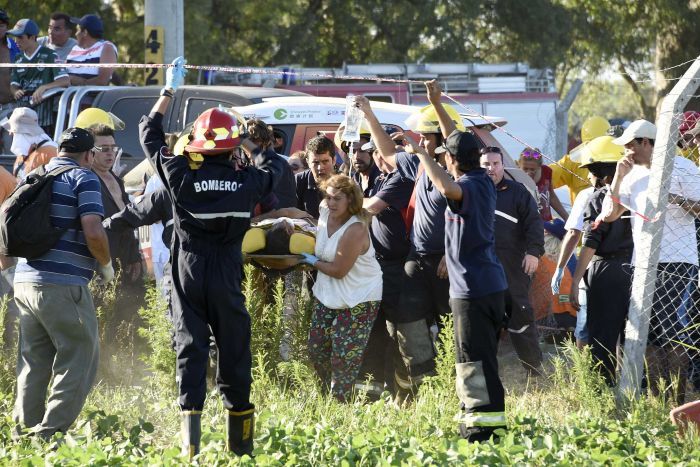 A Dakar rally crash video from traumatic scene in Buenos Aires. Guo Meiling lost control of her X-Raid Mini following a jump on the course. She then veered off course and into a crowd of spectators.

Dakar immediately cleared the scene. They gave emergency vehicles all the room needed to give quick help to spectators.

Two Dakar spectators were reported to be seriously injured. Of those injuries spectators, a 14-year-old boy suffering pulmonary trauma along with his father suffering massive head trauma.

Both fans were airlifted to the Santa Francesca Romana hospital. Doctors as have reported both in stable condition. Thoughts and prayers for the family.

Chinese driver Guo Meiling was making her Dakar debut at 47 years of age. She has withdrawn her entry and will take no further part in the Dakar rally.