7th running of the Merzouga Rally from 21-27 May 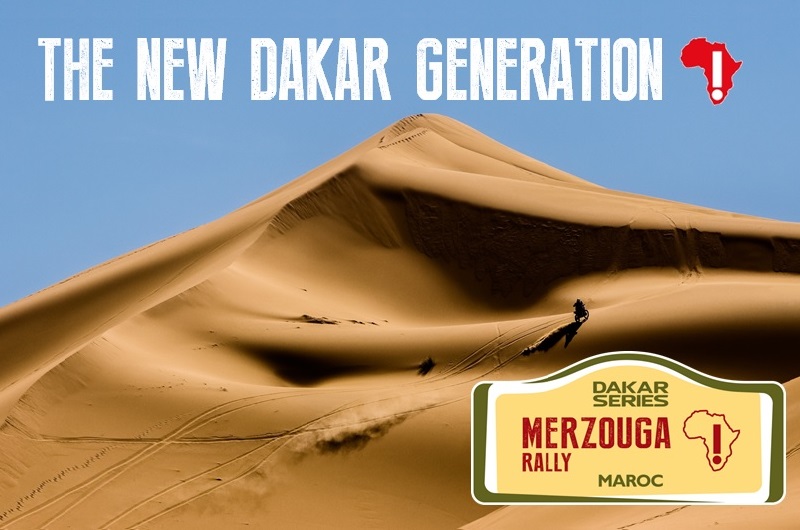 For the 2016 season, the Dakar Series will see the bike, quad and SSV competitors head to Morocco for the 7th running of the Merzouga Rally from 21-27 May. This will be an ideal opportunity for the European competitors to prepare for the Dakar and it should become an event for detecting and rally-raid training the “new Dakar generation”.

Saveurs of Africa…
Following the last Dakar finish in the Senegalese capital, the Dakar Series label, which was created in 2008, has been to Europe, Asia and South America, associated with rally-raids featuring the crème de la crème of the sport. Next spring, it will head to the African Continent for the Merzouga Rally, which has been held since 2010 in Morocco’s Erfoud region. The nearly one-week long rally-raid, running in the Atlas Mountains and the north of the Sahara desert will allow the more seasoned competitors to remember the many Moroccan stages of past Dakars, with for example the arrivals at Er-Rachidia, Ouarzazate and Goulmine; and for the newcomers it will be the chance to discover the famous Merzouga dunes in a tough competition setting.

The new pre-season rendezvous
Having become a major pre-Dakar test over the years, the Merzouga Rally will take on a new dimension in 2016 with a date change that will put it in the spotlight. New team compositions, technical changes made to the motorcycles and new equipment will be tested in Morocco. The rally’s record book is chalk-full of the leading Dakar contenders. In the future, the Merzouga Rally is expected to become both an opportunity for revenge and the precursor of the confrontations that could take place in January. Especially since the Dakar Challenge will reward both the winner of the event, and its most promising talent.

Marc Coma and Edo Moss in charge
The Merzouga Rally was created and developed by long-time Africa and Dakar enthusiast Edoardo Mossi, who participated in the rally in both the motorcycle and car categories on both sides of the Atlantic. Committed to the convivial aspect of the rally he organizes (about 100 vehicles expected to start in May 2016), the Italian competitor also likes to experiment with ambitious new race formats. Driven by the same innovative spirit, Marc Coma will act as Sporting Director, with an even larger vision, focused on the transmission of his savoir-faire. Winner of the Dakar on two continents, he will conduct workshops to provide the competitors with the necessary tools to get started and why not standout on the Dakar. In addition, all the “finishers” of the Merzouga Rally will be assured of being able to enter the Dakar.

Past motorcycle winners of the Merzouga Rally
2015: Alessandro Botturi (Ita)
2014: Pal-Anders Ullevalseter (Nor)
2013: Sam Sunderland (Gbr)
2012: Jacek Czachor (Rtc)
2011: Jakub Przygonski (Pol)
2010: Helder Rodrigues (Por)
Marc Coma, Merzouga Rally Sporting Director: “This rally will be the first phase to pass for someone who wants to do the Dakar. Our ambition is to allow young motorcycle riders the chance to get started, on a rally adapted to their abilities and at the same time make them face the real rally-raid difficulties: navigation and endurance. The interest for the Europeans and Africans is also the affordability of this event. And you can take part in the Merzouga Rally with an enduro bike. For the Dakar, this rally will be a benchmark for evaluating the technical and physical level of the riders. Those who finish the Merzouga will be able enter the Dakar.”
Edo Mossi, creator of the Merzouga Rally: “What is happening at this time concerning the Merzouga Rally is very emotional for me. It is a great honour and a source of motivation to work with A.S.O.. The adventure began in 2010, and I never imagined that the Merzouga could become a stepping stone towards the Dakar for the riders! I also know that his rally will retain what is most important, i.e. it’s friendly atmosphere which is the key to its success.”   Registration, rates and calendar on www.merzougarally.com