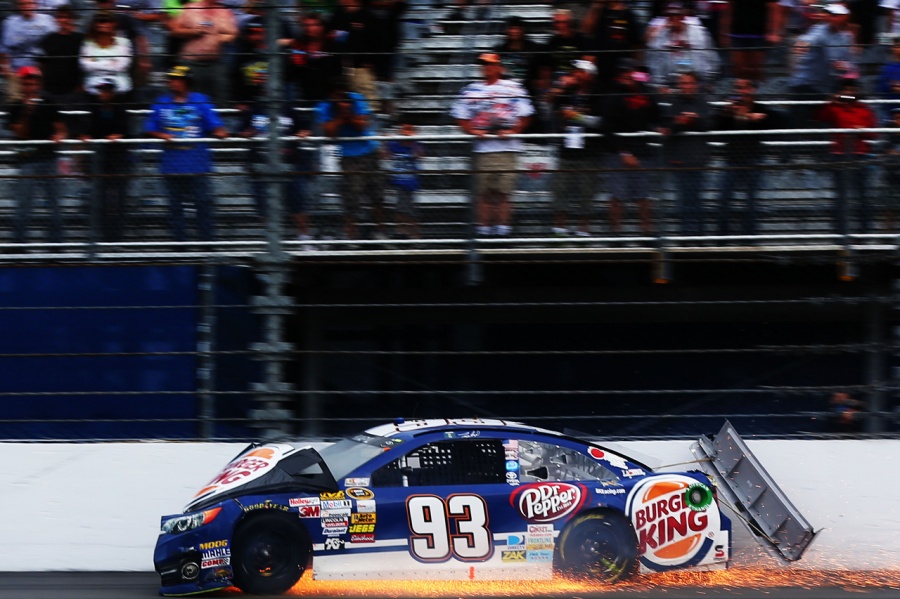 MPD Capt. Joseph Cooke said the department received an emergency call Tuesday evening that an assault was taking place. Officers responded to a home where they found Kvapil and his wife, Jennifer, and determined there was enough probable cause that a domestic assault had occurred. Kvapil was arrested at 7:11 p.m. ET.

According to the arrest report, Kvapil was released from custody on bond Wednesday morning.

Reached by phone, Kvapil’s race team, BK Racing, said “We have no comment at this time.” The team did not confirm the arrest or knowledge of the arrest.

A NASCAR spokesman said the sanctioning body has no comment at this time.

Kvapil is currently ranked 31st in the Sprint Cup Series standings — with a season best 16th-place finish coming Aug. 24 at Bristol — and is winless in 240 starts over the course of nine Cup seasons.

Kvapil, a native of Janesville, Wisc., is the 2003 NASCAR Camping World Truck Series champion and won nine races competing in that series full time from 2001-2004 and again in 2007.