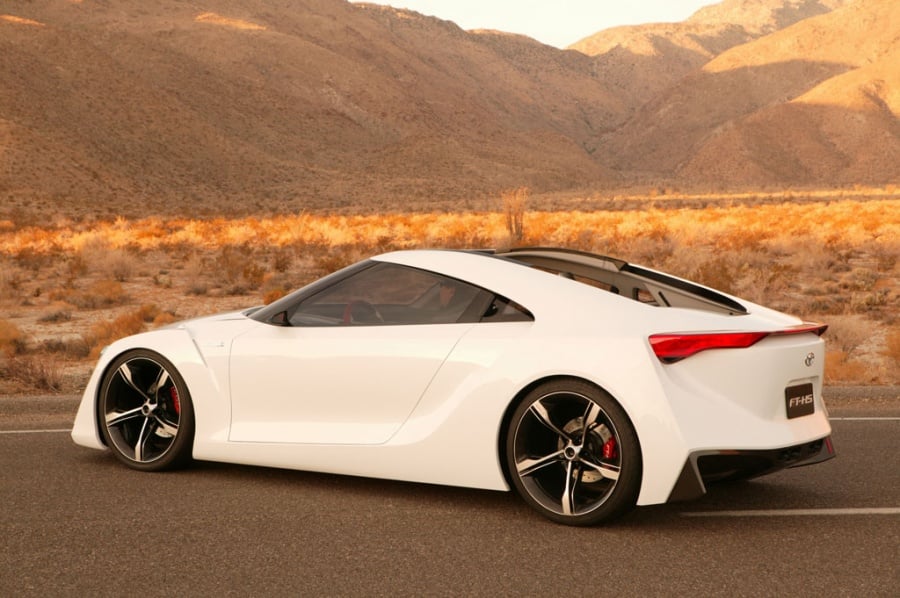 Photos of the 2015 Toyota Supra have begun leaking to the internet. The legendary model is a favorite of car enthusiasts but has been out of production for many years. Though it appears we will see a return with the 2015 Toyota Supra which appears to be in development given the photos posted below.

Toyota introduced the Celica Supra in 1979. Its styling was based upon the popular Celica liftback design, but it was both longer and wider. It was the engine, though, that made the Supra stand apart from the Celica. The Supra’s 2.6-liter inline-6 engine was the first Toyota production engine to be equipped with electronic fuel injection. The Supra was available with both a manual and automatic transmission, and came standard with 4-wheel-independent suspension and 4-wheel disc brakes.

Except for the addition of luxury items such as optional leather-trimmed seating and automatic climate-control, the Supra remained unchanged until 1981. In that year, Supra was given a 2.8-liter single overhead cam engine, a revised 4-speed automatic transmission and final drive gearing, and was optionally available with a new Sport Suspension package.

1982 saw a complete redesign of the Supra, along with the entire Celica line-up. Now available as two distinct models, L-type and Performance, Supra also received another engine upgrade. The new 5M-GE engine still displaced 2.8 liters, but now sported Double Overhead Cams (DOHC). Both the L-type and Performance package vehicles were mechanically identical, with differences limited to fender flares, wider wheels and tires, and a sport interior on the Performance package.

Slight changes on the 1984 models were limited to minor engine modifications on the manual transmission-equipped vehicles (higher compression ratio and larger diameter intake). The next major change was 1986 1/2 when the Supra was finally given its own identity. No longer part of the Celica range, the 1986 1/2 Supra was equipped with a 3.0 liter DOHC engine and retained the four-wheel disc brakes and all-independent suspension of its predecessors.

With the exception of minor styling updates, the next major change occurred in 1993, when the Supra entered the realm of “supercars.” Available in both Turbo and non-Turbo guises, the new Supra was a radical departure from Supras of old. Performance was now the name of the game, and many weight saving measures were employed — Toyota went so far as to equip the vehicle with hollow carpet fibers and make the rear spoiler (optional on Turbo models) hollow. The Turbo model was hailed by many major magazines as a true worldbeater. With 320-horsepower, this was the highest level of performance, and the strongest commitment to performance, Toyota had ever placed in one vehicle.

With a major redesign in mid-1993, Supra carried on to 1994 unchanged. The next time Supra would see any change was for the 1996 model year. Due to ever-tightening emission regulations, the six-speed manual transmission in the Turbo model was dropped from the lineup. Still available in the Turbo was the four-speed electronically controlled automatic. This transmission incorporated a manual shift mode allowing the driver to select gears, but also providing a fully-automatic mode. Minor updates were also made to the interior and option list.

1997 saw the return of the six-speed manual transmission to the Supra line, and the revision and addition of minor trim items. Head- and tail-lights received a new graphite surround (rather than the previous chrome), and all Turbo models sported “Turbo” badging. All 1997 Supras were sold as Limited Edition 15th Anniversary models. All Supras also received additional frame strengthening and sound-deadening material. Due to the decline in the high-performance vehicle segment, Supra ceased production for the 1999 model year.

What does it mean? Supra: Derived from the Latin prefix meaning “to surpass” or “go beyond”.

Where was it built? Supra was built at the Motomachi Plant in Toyota City, Japan.