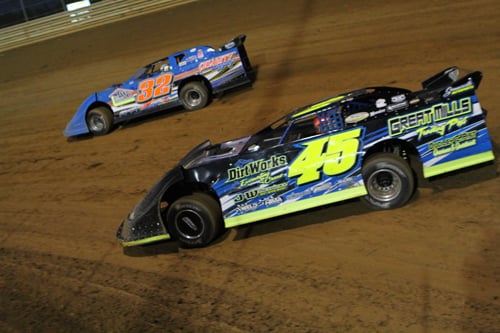 “With the addition of the Aaron’s Pro Late Model division at our speedway and with the early interest in the World Championship in only makes sense to extend the contract and let everyone know that the “Super Bowl” for Pro Late Models has a home well into the future ,” commented track owner Bill Sawyer.

“I was surprised when I received the call from Bill Sawyer but very grateful to hear that he suggested extending the contract to three years. This is great news and it is nice to know that this event has become this sought after and that everyone knows where the event will be held through at least 2016,” stated Fastrak CEO / Founder Stan Lester

Lester added, “We have some great ideas with possibly adding additional classes to this event and growing this into a mega event at Virginia Motor Speedway.”

For more information on the $20,000 to win Fastrak World Championship at Virginia Motor Speedway call (804) 758-1867 or visit www.vamotorspeedway.com.

To learn more about Bill Sawyer’s Virginia Motor Speedway fans may call the Speedway office at (804) 758-1VMS or visit the track’s web site at www.vamotorspeedway.com.

Fastrak hints at a pending announcement for the awards banquet