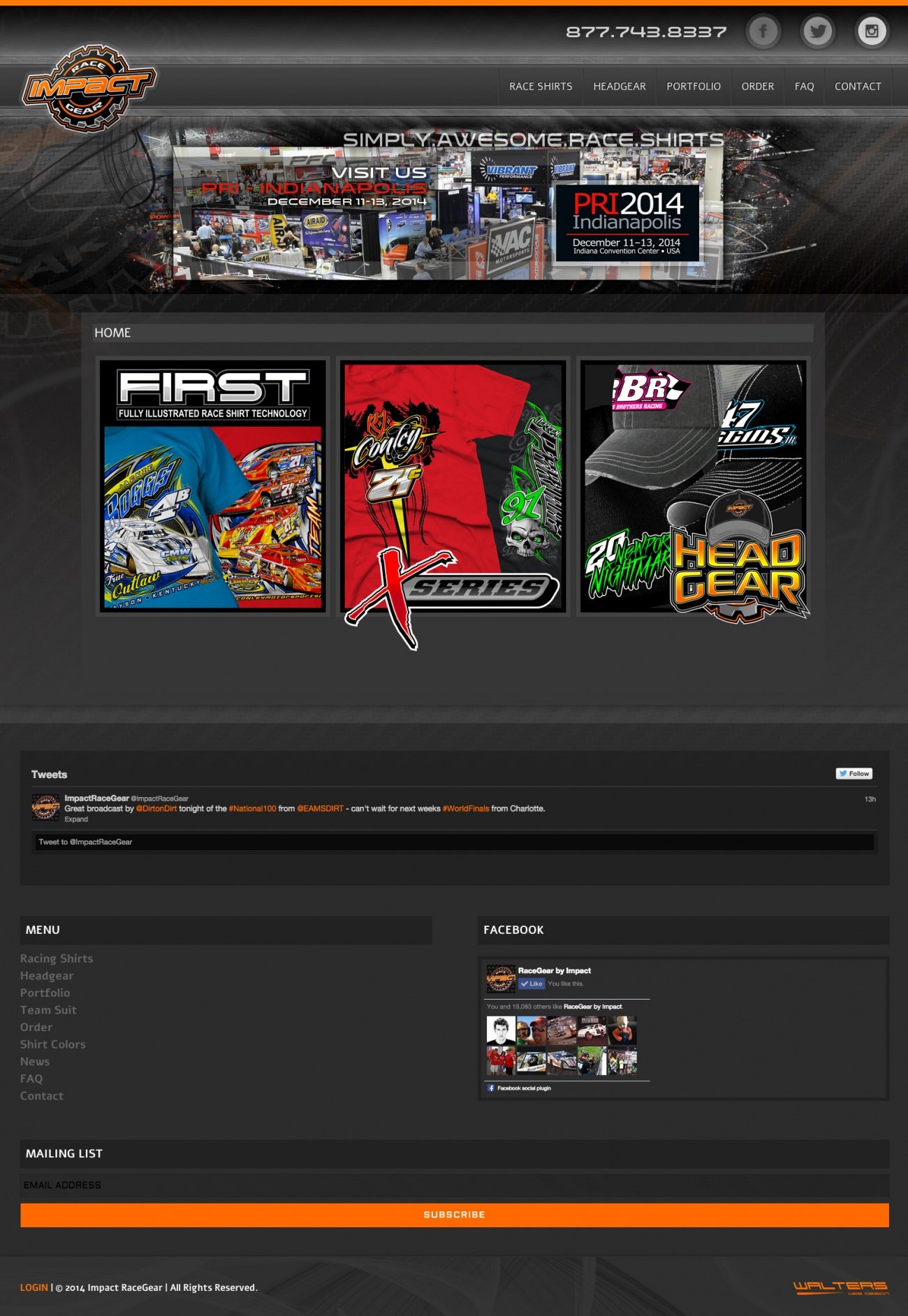 Impact Race Gear, provider of top quality racing shirts and headwear, is debuting a new racer gear website design. The site is intended to give race teams, tracks, sanctioning bodies and manufacturers an informed look into the products offered, such as the popular FIRST Series and X-Series racing shirts.

“We are eager to launch this new website with Walters Web Design a St. Louis Missouri-based firm specializing in racing related websites. We feel that we have a lot to offer the racing community with both our screen printing and embroidery divisions”, said Jamie Christy of Impact RaceGear. Users can visit the new site by visiting the URL www.impactracegear.com.

Most users of the website will be intrigued by the FIRST Series line of racing shirts which feature a fully illustrated drawing of the driver or team’s car. The FIRST Series shirt is a more “traditional” type of racing shirt that people are accustomed to seeing at the track each and every week. The X-Series racing shirt combines a modern “fashion” type of design layout with lower minimum order quantities helping to make it economical for any race team to afford their own custom T-shirts.

Impact RaceGear is poised to become one of the nation’s leading providers of racing shirts and headwear to race teams in all forms of motorsports including Dirt Late Models, Winged and Non-Winged Sprint Cars, Dirt Modifieds, Midgets, as well as all forms of stock and asphalt racing. Based out of Northern Kentucky Impact RaceGear is very well located to meet the demands quickly of the eastern United States and the Midwest.