Wheatland, MO (November 5th, 2015) – With the paint barely dry on the 10th season of racing action in Wheatland, Missouri, Lucas Oil Speedway officials are pleased to release the following tentative 2016 event schedule. Highlights include the expansion of the Lucas Oil Pro Pulling Nationals to a 2-day event, the Jesse Hockett/Daniel McMillin Memorial expands to 3-days with $10,000 to the winner on Saturday night, and the Lucas Oil Monster Truck Nationals moves to October to coincide with our traditional Halloween event.

Complete details regarding event specifics and ticket information will be released in the coming weeks.
The 3rd Annual MLRA Spring Nationals on April 8th-9th will kick off the on-track competition in 2016 while a notable change will see the Lucas Oil Monster Truck Nationals conclude the on track action in 2016 on Oct. 22nd.

The annual open competitor Test & Tune session will take place in it’s normal spot the first Saturday in April on Saturday, April 2nd while the Lucas Oil Speedway Racing School hosted by Rex Merritt returns for 2016 as a one day program on Sunday, April 3rd.

The Lucas Oil MLRA will be in action for their first appearance of 2016 with the 3rd Annual MLRA Spring Nationals event scheduled for April 8th-9th. The first three stand alone Weekly Series Championship Series events will be held on April 16th, 23rd, and 30th as all four weekly racing series classes will be in action including the ULMA Late Models, USRA Modifieds, Factory Stocks, and the USRA B-Mods.

The 5th Annual Impact Signs, Awnings, and Wraps Open Wheel Showdown kicks off the month of May on May 7th as the Speedway Motors ASCS Warrior Region Winged Sprint Cars Presented by Impact Signs, Awnings & Wraps, the POWRi Lucas Oil National Midget Series, and the WAR Wingless Auto Racing Sprint Cars all take to the Lucas Oil Speedway for a huge night of open wheel racing. Weekly Championship Series racing will be held on May 14th and May 21st.

The 24th Annual Lucas Oil Show-Me 100 Presented by ProtectTheHarvest.com is set to take place on May 26th-28th and will once again open with the Cowboy Classic on Thursday night to kick off the mega event. The weekend culminates with the $30,000 to win/100 lap main event on Saturday, May 28th featuring the Lucas Oil Late Model Dirt Series and the Lucas Oil MLRA. The Pitts Homes USRA Modifieds are also scheduled to be in action all three nights in 2016 during Show-Me 100 weekend.

After an off night on June 4th, the Lucas Oil Drag Boat Racing Series invades the Lucas Oil Speedway for the first time in 2016 on June 10th-12th for the 5th Annual John Haas Memorial Drag Boat Classic featuring the wild 260mph Top Fuel Hydros along with a full night of Weekly Racing Series action on June 11th. The first appearance of the Lucas Oil ASCS National Tour Winged Sprint Cars hits the “Diamond of Dirt Tracks” the following Saturday night June 18th along with the WAR Wingless Auto Racing Series Sprint Cars. June wraps up with rounds #7 and #8 of the Weekly Championship Series on Saturday, June 25th and the annual Thursday Night Thunder edition of the Lucas Oil Speedway Weekly Championship Series on June 30th. 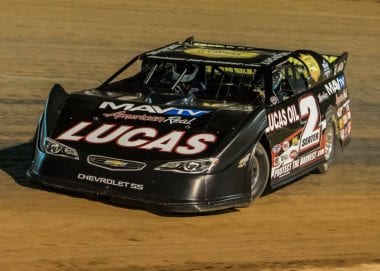 The Diamond of Dirt Tracks will be silent on Saturday July 2nd before we get back to business on Saturday, July 9th with the ninth of 13 scheduled weekly racing series events.

The month of August starts out with the 7th Annual USMTS Slick Mist Shootout on August 6th. Lucas Oil Speedway will take the weekend of Saturday, August 13th off as kids head back to school. It is also the opening weekend of the Missouri State Fair and the Knoxville Sprint Car Nationals. The height of the Weekly Championship Series points battle dominates the last two weekends of August on the 20th and 27th as the Season Champions will be crowned on Saturday, August 27th.

The stars of the Lucas Oil Drag Boat Racing Series make their final appearance of 2016 on Lake Lucas on September 2nd-4th for the 6th Annual Diamond Drag Boat Nationals. The Lucas Oil MLRA will once again take to the track on Drag Boat Weekend on Saturday, September 3rd as the Larry Phillips Memorial returns after a thrilling battle in 2015 between race winner RC Whitwell and sentimental favorite Terry Phillips.

There will be no racing on Saturday, September 10th with the Professional Bull Riders just down the road in Springfield. The Lucas Oil Pro Pulling Nationals featuring the Lucas Oil Pro Pulling League expands to two days in 2016 as Lightweight Super Stock Tractors, Super Stock Diesel Trucks, Limited Pro Stock Tractors, and 2.6 Diesel Trucks are in action on Friday, September 16th. The traditional full field of the Lucas Oil Champions Tour takes to the track on Saturday, September 17th. The final Sprint Car event of the Season is also expanded for 2016 as the 6th Annual ASCS Jesse Hockett/Daniel McMillin Memorial will be a 3-day event with $10,000 slated for the winner of Saturday’s main event.

After another very successful showing in 2015, the 3rd Annual MLRA Fall Nationals and Factory Stock Big Buck 50 returns on Oct. 7th-8th with a handsome $5,000 going to the winner of both Saturday’s MLRA and Factory Stock main event winners.

In the most radical change of the 2016 season, the Lucas Oil Monster Truck Nationals moves to Oct. 22nd as we tie it into our hugely popular Lucas Oil “Spookway” event. Additional details to follow.

Below is the Tentative 2016 Lucas Oil Speedway Schedule. All events, dates, classes and payouts are subject to change. Complete details regarding event specifics and ticket information will be released in the coming weeks. 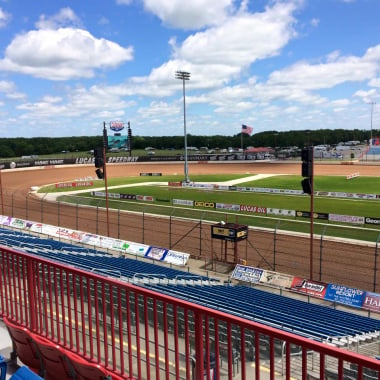 Please visit www.LucasOilSpeedway.com for the most up to date information about “America’s New Motorsports Destination”, Lucas Oil Speedway.

Lucas Oil Speedway is located at Highways 83 and 54 in Wheatland, MO. A campground with shower and bathroom facilities is also available. With it’s entrance located just outside the pit gate this sprawling scenic camping facility will continue to enhance the racing experience at the Diamond of Dirt Tracks.

Click www.LucasOilSpeedway.com for more information and detailed directions to the speedway or call the Track Hotline at (417) 282-5984.