Before stepping into a stock car, Gordon had success in sprint, quarter-midget and silver crown cars. On display are four cars Gordon raced in during his open-wheeled career. 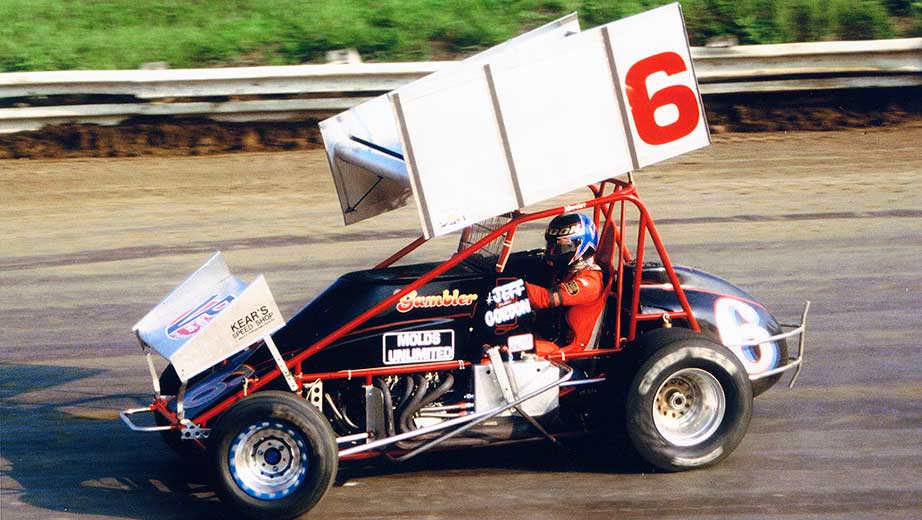 n 1987, on his 16th birthday, Gordon became the youngest driver ever to be awarded a United States Auto Club (USAC) driver’s license. He won multiple track championships in this 1988 No. 6 winged sprint car.

In 1989, Gordon expanded into the USAC Midget Series and won rookie of the year honors as well as the 1990 USAC National Midget championship title. 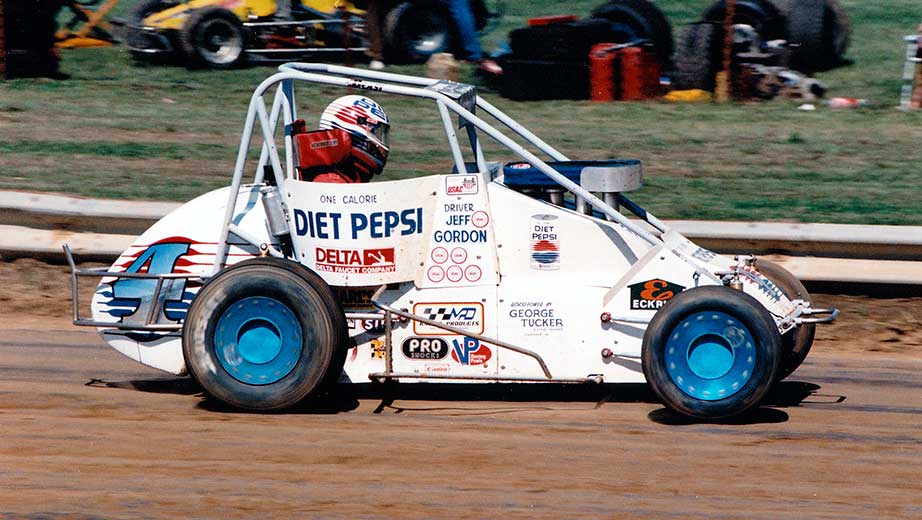 In 1990, Gordon remained active in both sprint cars and midgets. He ran 11 races in this car, a non-winged sprint car, racking up seven wins, two second-place finishes and a third-place finish.

Also in 1990, After witnessing Gordon’s performance at the Buck Baker Racing School, team owner Hugh Connerty invited Gordon to drive in the NASCAR Busch (now XFINITY) Series. He only qualified for one race, but the opportunity partnered Gordon with crew chief Ray Evernham for the first time. 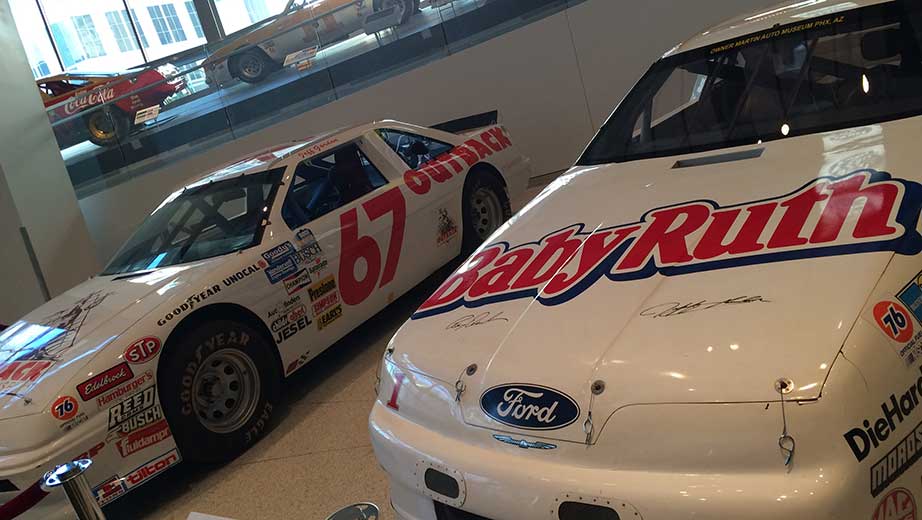 After driving a stock car for the first time at Buck Baker Racing School, Gordon was hooked. He worked tirelessly to transition from open-wheeled cars to NASCAR. On display are two of Gordon’s earliest NASCAR cars. 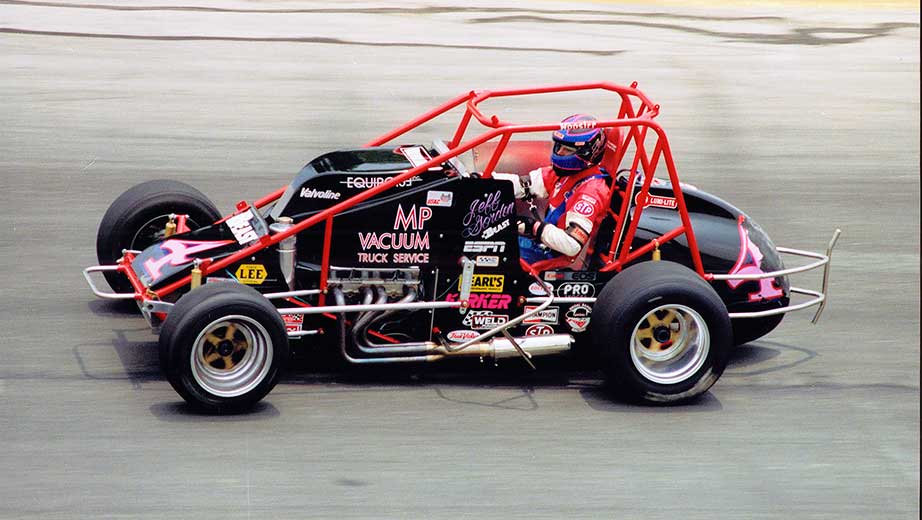 In 1991, Gordon began racing in the USAC Silver Crown Division, where he became the youngest driver to win that division’s national championship.

Gordon’s performance in qualifying at Rockingham Speedway in October of 1990 caught the eye of NASCAR Busch (now XFINITY) Series owner Bill Davis, who put Gordon in his Ford for the 1991 season. Gordon’s win in Atlanta in 1992 impressed car owner Rick Hendrick, who would sign Gordon to his team full time beginning with the final race of the 1992 NASCAR Winston (now Sprint) Cup Series season, starting a partnership that would last for the next 23 seasons. 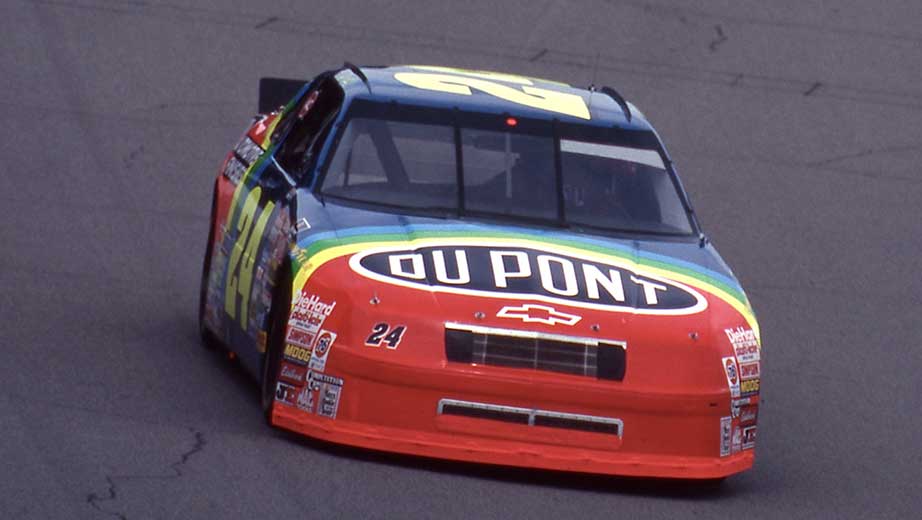 On Nov. 15, 1992, Jeff Gordon took the wheel of his now famous No. 24 for the first time. However, to call him a rookie would be inaccurate. Since the age of 5, Gordon had been achieving glory behind the wheel.