Flood Water near Federated Auto Parts Raceway at I55 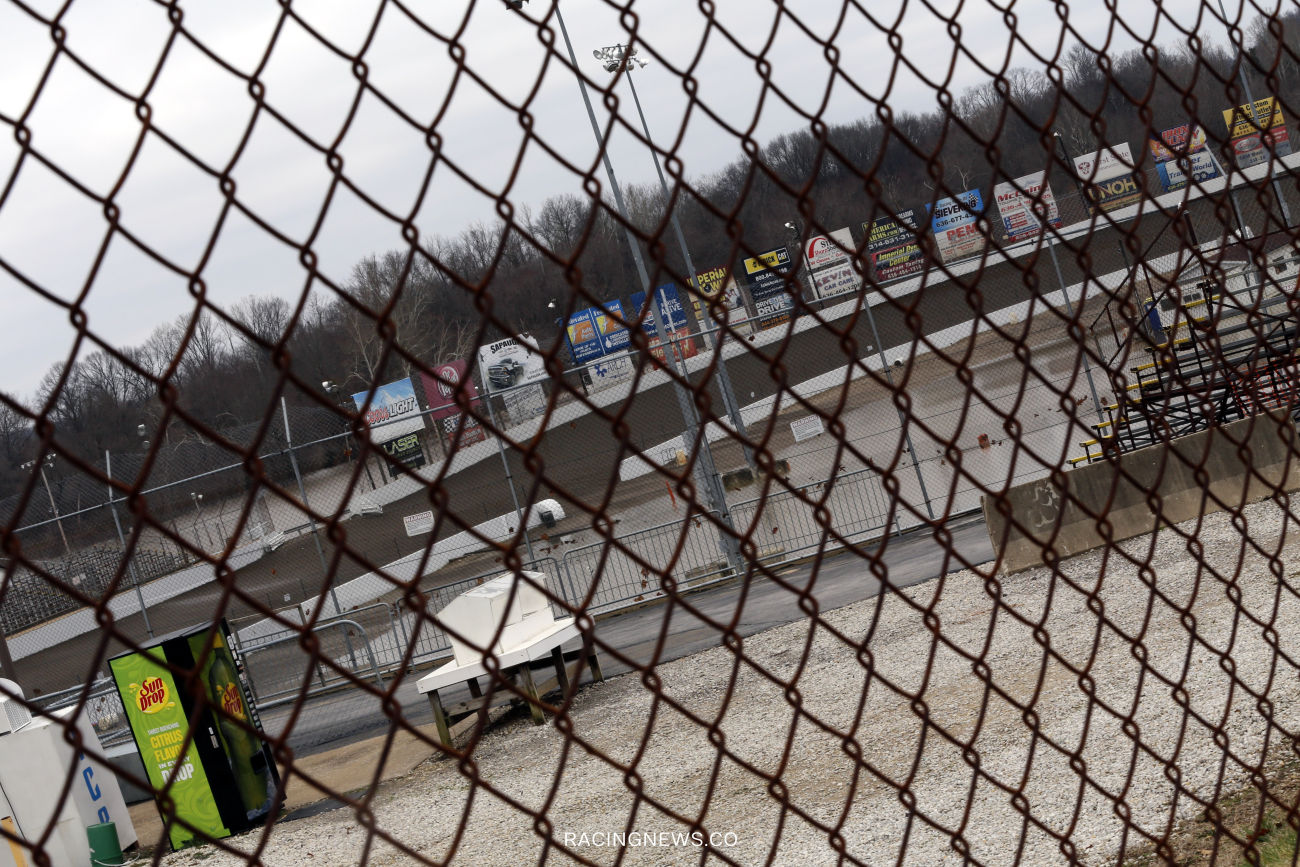 Get out the boats and lets go racing! I took some Federated Auto Parts Raceway at I55 flood water photos for you to view. The water levels have been slowly rising near the fan favorite dirt track and now the track is surrounded.

Missouri and Illinois have been hit with record flood levels this week. The Mississippi River now surrounds the dirt racing track in Pevely, MO.

I took these flood water photos from outside Federated Auto Parts Raceway at I55 just today. The album of photos from the flooded dirt track have been posted below.

Other than floating race tracks… A lot of crazy things have been happening regarding the St. Louis flooding. Today, I saw an entire house just floating down the river. On my way to the track I saw Meramec River water nearly swallowing the entire I-55 highway, just 1 foot short of it.

Valley Park which is 30 min from I-55 Raceway saw a mandatory evacuation as the waters reached 40 feet. The water levels were projected to reach 43 feet.

Most of the water in St. Louis, near the racetrack, is at it’s crest point. Meaning this is the highest the water levels are planned to rise in the area.

It’s looks as though Federated Auto Parts Raceway at I55 is safe from the flood waters. Track workers have already planned ahead. As you can see from the photos below all the I-55 Raceway vehicles and track excavating equipment have been moved. They are all placed at the highest level of the complex.

The dirt track itself has not been effected, other than the parking lot and pit entrance booth. However, The SLKA track is completely underwater. The St Louis Karting Association is located in a section of the parking lot of Federated Auto Parts Raceway. It’s a section of land rented for the karting facility.

The roads are buried in water in all directions entering the track. The only way to the speedway is directly from the I55 highway.

The track flooding photos were all taken from outside the facility. I called the track office to try and get permission to walk amongst the raceway grounds for some better photos. I was denied.

Unfortunately, the filthy dirty lawyers of America have stripped that from you. I was told I could take photos from outside the complex but I couldn’t walk free from inside the fence. I understand completely, I was told they didn’t have the insurance for it if I was to somehow get hurt. Valid point.

I will say that Federated Auto Parts Raceway owner Ray Marler didn’t like the idea of me posting these. His concern was that if people see the photos they would think that the track was always like that.

So, in fairness to Ray… I’ll say I’ve lived in St. Louis my entire life. I can only remember one time where the waters were this high near the track. That was the Flood of 1993 and nearly everything in the midwest was below river current.

I can’t think of another time the track was closed due to water, usually it’s only covered in dirt late models and other things on 4 wheels. Though I could be wrong. However, it’s not closed today either, the dirt racing season ended a few months ago so it wasn’t open with proper cause.

I come from the school of thought that all publicity is good publicity. So, for the sake of dirt racing I hope you saw these photos and then circled a few of the Federated Auto Parts Raceway at I55 events for 2016.