SONOMA, Calif. – The DHL Indycar will remain on track through 2020. Ryan Hunter-Reay is remaining an Andretti Autosport driver through 2020 and he’ll be carrying familiar yellow-and-red DHL primary sponsorship for the entire ride.

Andretti Autosport announced today at Sonoma Raceway that it has confirmed Hunter-Reay, the 2012 Verizon IndyCar Series champion, to drive the team’s No. 28 DHL-sponsored entry for four more seasons. At conclusion of the agreement, Hunter-Reay will have driven for the Andretti team for 11 consecutive seasons. 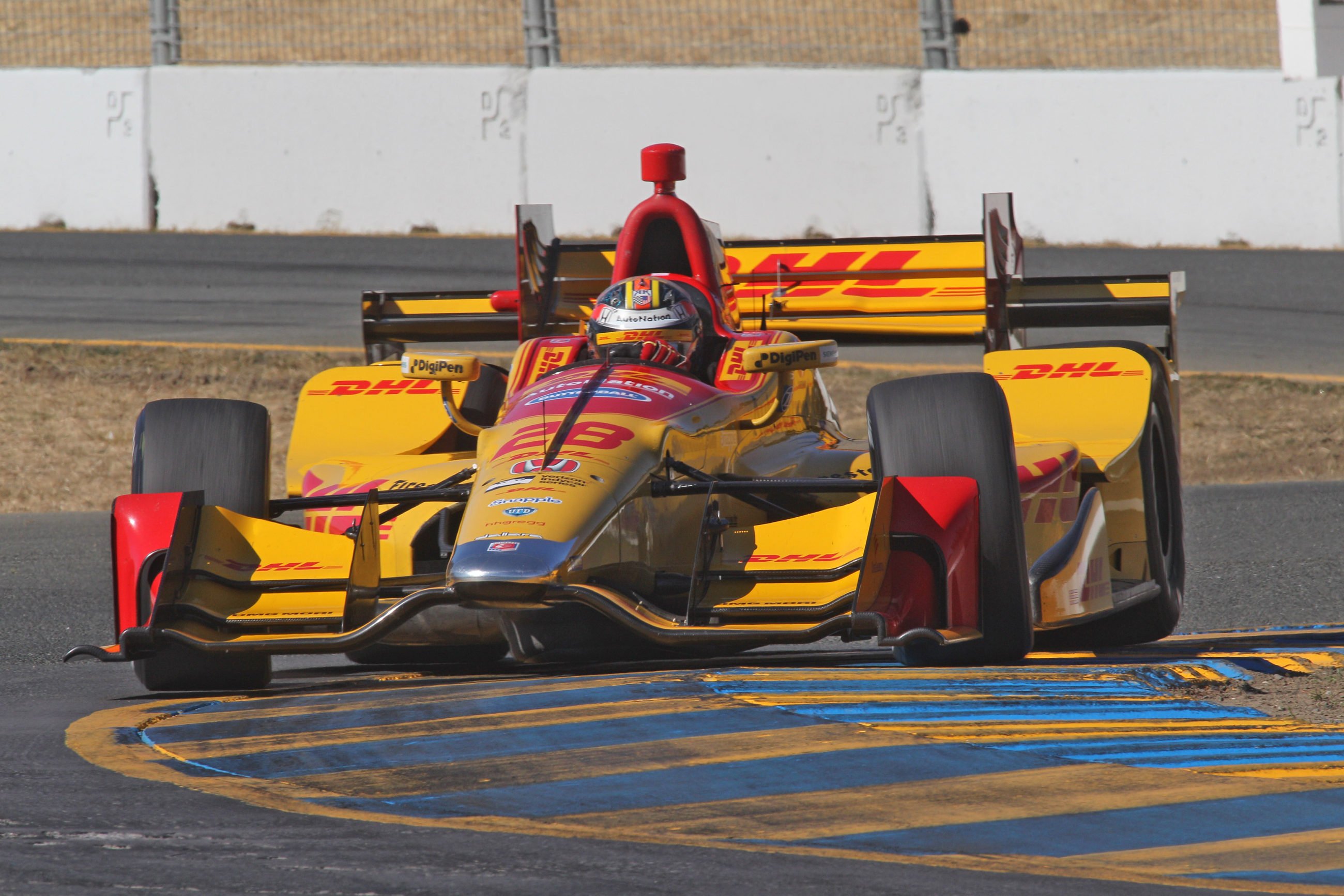 “I couldn’t be happier about this announcement and the opportunity to continue with Andretti Autosport as an ambassador for DHL,” said Hunter-Reay, 35, whose 16 career wins include the 2014 Indianapolis 500 flying DHL colors. “These next four years will take us to nearly a decade-long relationship with DHL and a full 11 years with the team.

“We’ve won 13 races together, the Indy 500 and the INDYCAR championship and we’re going to do a lot more together,” Hunter-Reay added. “Over the years we have become more of a family than just a team and sponsor. I’m proud to represent this group and this brand and am looking forward to the milestones yet to come.”

DHL, a leading global express services provider, began as a primary sponsor with Andretti in 2011, but the relationship goes back to 2005.

“To see this partnership develop and continue over a 15-year period, through 2020 is the result of hard work by both companies in support of DHL marketing, sales and B2B objectives,” said Michael Andretti, Andretti Autosport owner and CEO. “It also reflects the strength of the Verizon IndyCar Series and Indianapolis 500 properties.”

Hunter-Reay made his 200th Indy car start two weeks ago at Watkins Glen International, in a career that began in 2003. The Floridian is the most successful active American driver in the Verizon IndyCar Series, with more race wins (16) than all the other current American drivers combined.

“The speed, reliability and dedication that Andretti Autosport, Ryan Hunter-Reay and the DHL INDYCAR team exemplify are a mirror image of the qualities that enable DHL to be true to our motto of ‘Excellence, simply delivered,’” said Mike Parra, CEO of DHL Express Americas. “It’s an impactful way to engage our customers as well as employees with a world-class racing experience.”

Taking advantage of Hunter-Reay’s success and popularity is a key component of the deal, according to Christine Nashick, chief marketing officer for DHL Express Americas.

“Since we first teamed up with Andretti and Ryan Hunter-Reay in 2011, the partnership has been one of the most powerful ways for us to connect our global brand with the public,” Nashick said. “We are thrilled to continue this partnership for a decade and with Ryan as our brand ambassador.”

“I can’t express how pleased we are to be able to announce that Ryan will be returning through 2020,” Michael Andretti said. “Ryan is one of the top, if not the top driver in the series and has been a leader within the team since he started with us in 2010, winning in only his fourth race (at Long Beach). Ryan has won 13 races, an INDYCAR championship and the Indy 500 with Andretti Autosport, and I have no doubt this partnership will put us in a position for further success.”