DAYTONA BEACH, Fla. (Oct. 25, 2016) – Immediately following this Sunday’s Chase for the NASCAR Sprint Cup coverage at Martinsville Speedway, NBCSN presents “NASCAR Seasons: 2001,” a new, 60-minute documentary that chronicles a NASCAR season and a year that will never be forgotten. Unfolding through Dale Earnhardt’s tragic death at the 2001 Daytona 500, the enormous outpouring of emotions that followed, and Dale Earnhardt Jr.’s stirring victory at the July Daytona race, “NASCAR Seasons: 2001” also covers the sport’s passionate reaction to the tragic events of the September 11th attacks.

The story of this unforgettable year illustrates how NASCAR’s legion of supporters came together at times of sorrow and jubilation to exhibit a tremendous sense of unity, and how the experiences of 2001 generated several advancements in safety that continue to evolve today. Produced in partnership with NASCAR Productions, the documentary candidly presents the events through rarely seen archival footage and new interviews with those who experienced the season firsthand. “NASCAR Seasons: 2001” premieres Sunday at 6:30 p.m. ET on NBCSN. 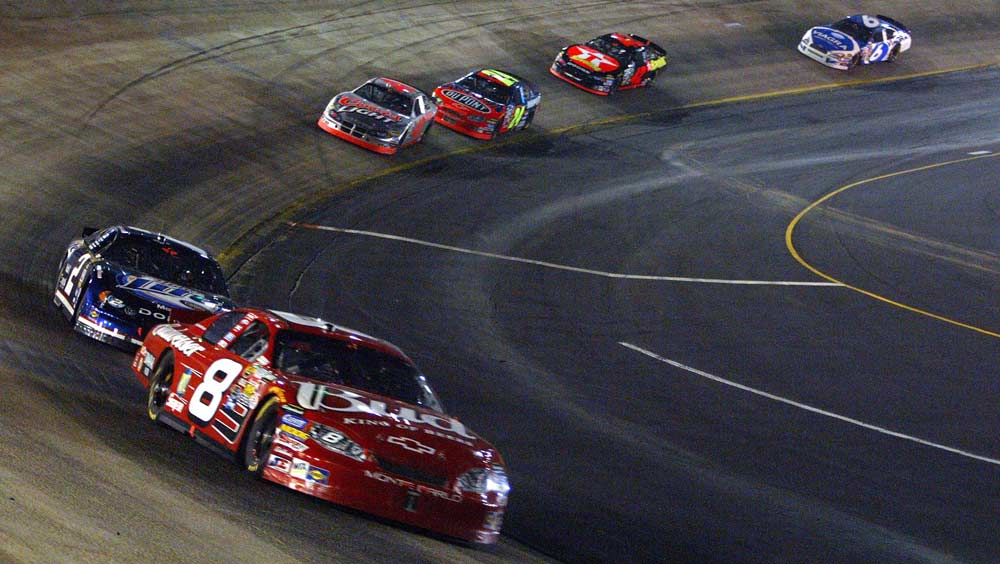 Dale Earnhardt Jr. contributes, openly discussing his memories from the year he lost his father and NASCAR lost a racing icon. The special features interviews with winner of the 2001 Sprint Cup Championship, Jeff Gordon, and fellow drivers Dale Jarrett, Jeff Burton, Kyle Petty, Tony Stewart and Elliott Sadler. In addition, the documentary includes interviews with former NBC Sports Chairman Dick Ebersol, and longtime NASCAR senior executive Mike Helton, as they recall the challenges, healing and ultimately the pride that surrounded the sport and its millions of fans.

Below are excerpts from “NASCAR Seasons: 2001”:

Dale Earnhardt Jr. on his father’s impact: “When mainstream media was covering the death of my dad, how much attention that got kind of blew me away. Because I don’t even know if dad had an idea of what he was to the world, or what he was to this country.”

Kyle Petty on Dale Jr. returning to Daytona in July for the first race after his father’s passing: “The way he handled himself and didn’t shy away from it. ‘It is part of who I am and who I am going to be for the rest of my life.’ He became, in a lot of ways, a leader in the garage that day.”

Mike Helton on delaying the first race after September 11, 2001: “Sports and entertainment are good compliments to a healing process. But there is a time and a place. I think we landed on you simply have to be aware of the fact that the magnitude of that day was one that deserved peace and quiet.”

Tune-in to watch the Goody’s Fast Relief 500 this Sunday, Oct. 30, at 1 p.m. ET on NBCSN, or listen live on MRN and SiriusXM NASCAR Radio. Fans can also purchase tickets to catch all the on-track action in person by visiting www.nascar.com/tickets.

All on-track activity for Sunday at Martinsville has been postponed