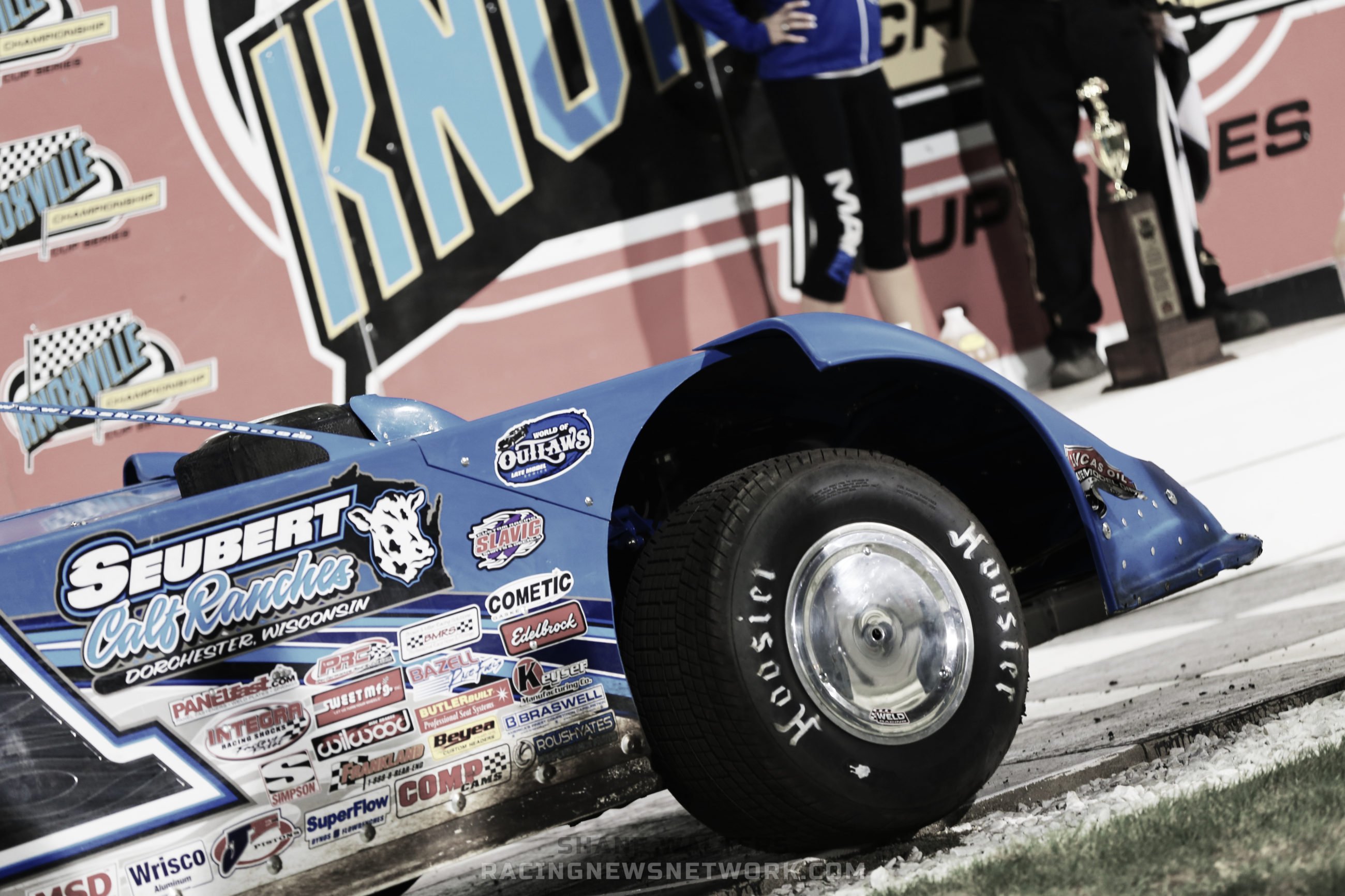 “I was the little kid playing in the dirt,” said Richards in front of his peers. “You just dream that someday, at the end of the day, you’re the guy at the top winning the championship. I never thought this season would be possible. It just means so much to me, to be able to do what I love to do. This is our fourth time, and it’s [still] overwhelming. It wouldn’t have been possible without everyone who put their faith and support in me.”

Richards’ dream season was a culmination of his consistent performances and the solid work ethic of his team. The Mark Richards Racing driver went home with some serious hardware: a trophy, ring, a Craftsman® toolbox, and a $100,000 check. He was last crowned champion in 2013.

“I don’t know if I really deserve it, but it’s neat,” said White, who joined the tour in 2011. “Rick Eckert took a big leap of faith with me [in 2011]. I sent him a resume, and he called me the next day saying, ‘Yeah, we’d like to try you out.’ He kept the faith in me and got me to where I am today. I think Mark [Richards] has more confidence in me than I have in me. That builds me up and lets me do my job, and I’m doing things I would have never dreamed of.”

Andy Durham, the owner of Durham Engines, took home the Engine Builder of the Year Award. Durham manufactured Richards’ power plants for the year, and as a token of his appreciation, Josh Richards gave the Craftsman toolbox to him so, “he can keep the hard work up.”

“Josh, what can I say,” Durham said. “You went to Florida, started winning and never stopped. I’m just very blessed to be a part of it.”

In 39 starts, Richards and company compiled 18 wins, 31 top-five and 36 top-10 performances. The No. 1 team won a heat race in all but 10 shows, and recorded a fast time in nearly 31 percent of the season’s races. Moreover, Richards broke the series’ season wins and career wins records, 18 and 75 respectively. 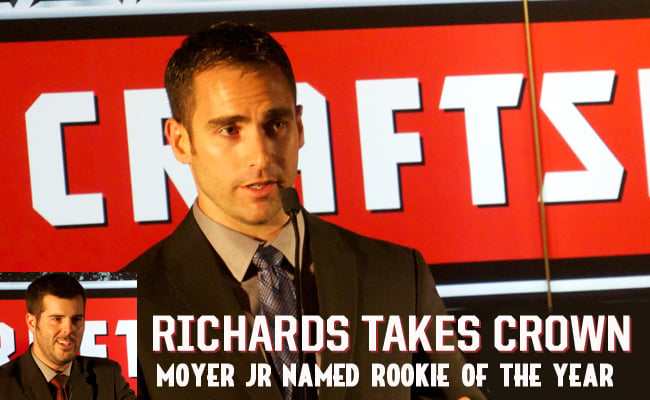 “My crew back at the shop all dug in when we were a little behind last year,” said Mark Richards, remembering last year’s hiccups. “We were on a swing out West [last year], we came home from Cedar Lake [Speedway] – kind of a long trip because we didn’t run well – and I told the guys at the shop, ‘Hey, we’ve got to go to work.’ I knew we had to develop a new car [for this year]. It took some time to get that done, but we got it done. I can’t thank all the guys enough who made it happen.”

Billy Moyer Jr. took home Rookie of the Year honors. Moyer finished the season fifth in points, the highest among the series’ R.O.Y. honorees. With his father in attendance, Moyer took the stage to ultimately thank everyone who was involved.

“Congrats to the other rookies, Joey [Coulter] and Tyler [Erb],” Moyer said. “This is a tough deal. This really means something. I try to model my team after [Richards’]. I’ve been around my dad forever and know what it takes to win a championship, and they don’t halfway anything. That’s who I’d like to get to in this deal.

Moyer only hoped to be recognized as a true competitor in the series following his 2016 campaign; he recorded two wins, six top-five and 17 top-ten performances.

”For a while I was Billy Moyer’s son and got a lot of credit I didn’t deserve,” Moyer said. “To seal the deal on a couple [races] means a lot to me, and I think I finally gained respect that if I win a race, it’s not a shock.”

NEXT POST
Are we witnessing a World of Outlaws boycott?