Field, Format Set for ‘The Clash’ At Daytona 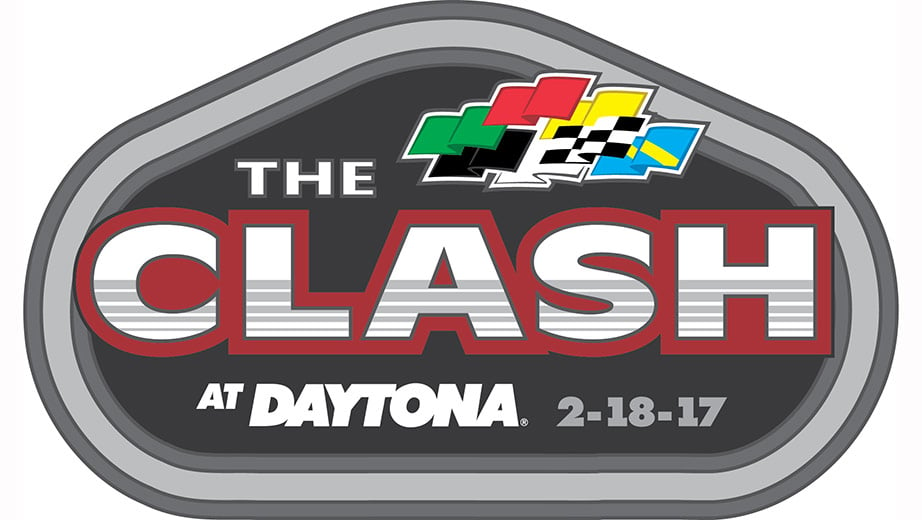 The annual season-opening event will be broadcast live on FS1, MRN and SiriusXM NASCAR Radio at 8 p.m. ET. The 75-lap race again will be split into two segments with a competition caution at lap 25 separating the segments.

“What better way to kick off the 2017 season than the sport’s brightest stars under the lights at Daytona International Speedway” said Steve O’Donnell, NASCAR executive vice president and chief racing development officer. “Coming off a thrilling season finale at Homestead-Miami, we’re looking forward to continuing that momentum into Daytona. With bragging rights and no points on the line, the Clash will set the tone for what should be a season full of great racing and tough competition.”

“We’re bringing back The Clash at Daytona,” said Chip Wile, Daytona International Speedway president. “The Clash was a race name that has always been popular among both the competitors and race fans. We’re looking forward to bringing it back and building on the rich history of this thrilling and always unpredictable event that kicks off the NASCAR season.”

Unlike previous years, the starting field for the 2017 Clash at Daytona will not be a predetermined number of cars; rather, the field is limited to drivers who meet more exclusive criteria. Only drivers who were 2016 Coors Light Pole Award winners, former Clash race winners, formerDaytona 500 pole winners who competed full-time in 2016, and drivers who qualified for the 2016 Chase are eligible.

2017 The Clash at Daytona – Eligible Drivers:

Daytona International Speedway is the home of “The Great American Race” – the DAYTONA 500. Though the season-opening NASCAR premier series event garners most of the attention – as well as the largest audience in motorsports – the approximately 500-acre motorsports complex boasts the most diverse schedule of racing on the globe. New to the calendar for 2016 are the Country 500 music festival on Memorial Day Weekend and the Ferrari World Finals on Dec. 1-4. In addition to at least eight major weekends of racing activity, rarely a week goes by that the Speedway grounds are not used for events that include civic and social gatherings, car shows, photo shoots, production vehicle testing and police motorcycle training.

Tickets for The Clash at Daytona are available online at DaytonaInternationalSpeedway.com or by calling 1-800-PITSHOP.

Based in Daytona Beach, Fla., with offices in eight cities across North America, NASCAR sanctions more than 1,200 races in more than 30 U.S. states, Canada, Mexico and Europe. For more information visit www.NASCAR.com and www.IMSA.com, and follow NASCAR on Facebook, Twitter, Instagram, and Snapchat (‘NASCAR’). For race tickets, visitwww.NASCAR.com/tickets.