PETALUMA, CA: The Racers Group will sport at least one Aston Martin V8 Vantage in the 2017 IMSA Continental Tire SportsCar Challenge. Craig Lyons and Kris Wilson will team up for the first time with this British GT4 car in the GS class. The series kicks off at the four-hour BMW Endurance Challenge during the spectacular Rolex 24 Hours at Daytona event, January 26-29, 2017.

Though Lyons and Wilson have recently raced to success with TRG, the duo has not yet shared a car. Lyons recently completed a full season with this Northern Californian race team in a Cayman GT4 Clubsport, which he raced in the Porsche Pirelli GT3 Cup Trophy Series. He was victorious in his final race of the season at the Circuit of the Americas, a proud moment for this driver who showed great improvements over the year. Lyons partnered with Thomas Merrill at Laguna Seca in October, where he quickly adapted to the driving style and speed of the Aston Martin V8 Vantage. 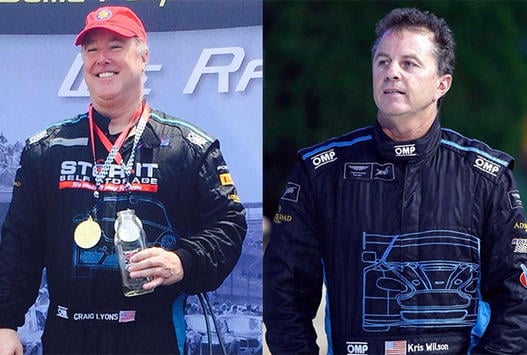 Both men are skilled competitors with the Aston Martin, with Wilson and teammate Max Riddle winning the 2016 Team Championship in the Pirelli World Challenge SprintX GTS class. Wilson’s racing experience stretches back over two decades, and it will be his fourth season racing with TRG and his fifth season racing in the Continental Tire series.

The Racers Group and saw great success in this series in 2014, with Wilson winning races at both Kansas and at VIR. The team has a proud history racing in multiple Conti events throughout the years including running a strong four-car Porsche effort in 2008. Now, they’ll return to the fold with at least one of these powerful and elegant Aston Martins. Watch for the No. 03 Stor-It Self Storage/Mobettah Collectible Cars V8 Vantage this January at Daytona.

“Next season is going to be great!” said Lyons. “I’m moving up to Conti with Kris Wilson as my coach and co-driver in this awesome Aston Martin V8 Vantage! It will be good to continue with TRG for another year.” 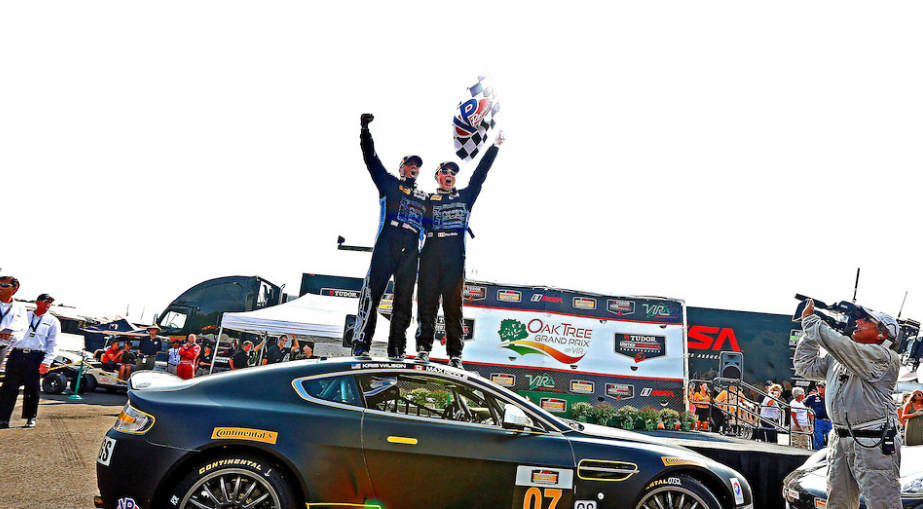 “I’m looking forward to our chances moving back into IMSA’s Continental Tire SportsCar Challenge series. The series has made a new GT4-homologated Continental tire which should make our Aston Martin even better. The last time we ran in Conti was 2014 and we had two wins that year, so I’m looking to build on our past success in the series.”

“It’s great having Craig and Kris team up for this year’s IMSA Continental Tire SportsCar Challenge series,” said Kevin Buckler, CEO. “We have participated in the series multiple times and are really looking forward to being back full-time in 2017. Craig and Kris will be an awesome team. Craig worked so hard on his driving this past year and it really showed at the end of the season where he was always contending for podiums and won his last race in Austin. After all the success with the Aston and with Kris, I almost feel like this is ‘Kris’s car.’ I think he knows this car better than anybody and has shown what he can do with it. The series is super competitive and also super well-run with the sanctioning body and the officials and the way things are moving up… it’s like Continental Challenge is the new GT!”