No, they didn’t cover the track with dirt. Despite the continuous suggestions from former NASCAR fans to “cover it with dirt”, they haven’t. Sorry to disappoint. But, this weekend, we have the next best thing.

It’s been 20 years since the last re-pave of Atlanta Motor Speedway. Essentially, we now have a dirt track disguised as an asphalt track. The new rules package only magnify’s the lovely flaws featured on the 20-year-old track surface.

It puts the win back in the hards of the driver. When drivers can’t put the power to the racing surface, it means the fastest ‘driver’ wins, not necessarily the faster ‘motor’.

It’s not just the old racing surface that will create the awesome show. NASCAR took it a step further this weekend. The 2017 lower downforce package comes into effect for the first time.

On a track with next to zero grip, we’ve also trimmed all the support pieces that provided the much needed downforce in years past. The rear spoiler is now nearly invisible, standing at just 2 3/8 inches. Last year, in this same race, it was 3 1/2 inches tall.

That’s a massive change. But NASCAR didn’t stop there. Another important piece of the low downforce package is a slimmer front splitter. They’ve trimmed 3 inches of splitter downforce at the front as well.

In total, 500 lbs of downforce have been removed from the Monster Energy NASCAR Sprint Cup Series machines in 2017. This package was not in use at Daytona International Speedway last weekend. This weekend as Atlanta Motor Speedway, the low downforce package makes it’s debut.

But it’s not just downforce levels that have changed. Rear steer is also set to zero degree’s for this weekend. No longer will the rear end steer these cars around the corner.

Oh by the way, we’re stage racing again. What effect does that have at Atlanta? I have no idea but in my eyes, stage racing, was specifically designed to make the racing better at the cookie-cutter 1.5 miles tracks. It will.

Cars were on track today for the first practice session of the weekend. They are out of control, it’s fantastic. Drivers needed the entire track, just driving by themselves. On Sunday, we’re going to line up 40 of these zamboni’s, side by side and throw a green flag.

The cars are evil

Kasey Kahne is a 3 time winner at Atlanta Motor Speedway. Following today’s practice he shared some insight into this weekends machine via Sirius XM NASCAR Radio. He described, “The cars are a handful.” He continued to add the word “evil” in describing the handling. At the same time he declared, “That’s what the drivers want.” 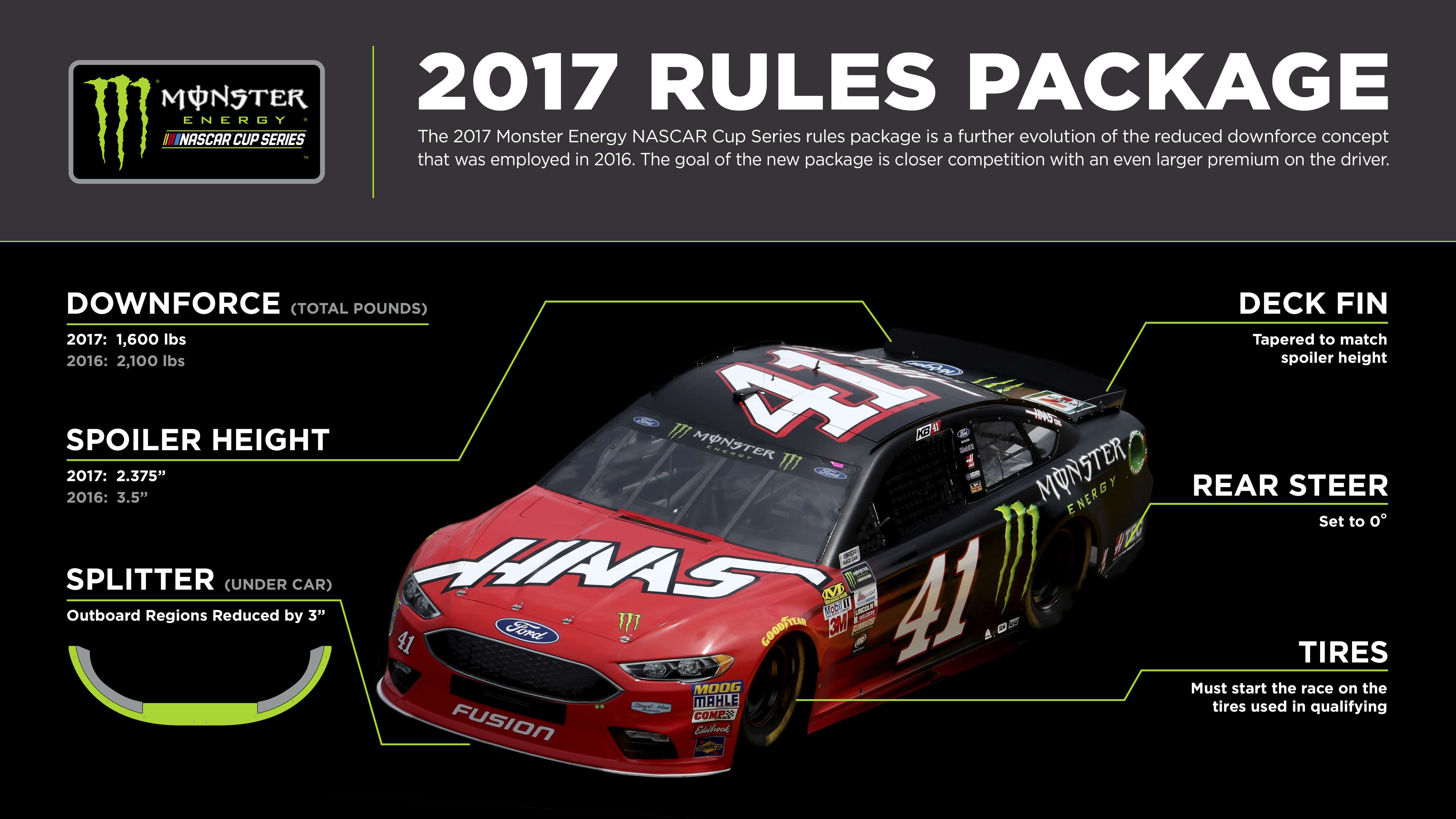 Less downforce levels the playing field. It brings the smaller teams into the battle. If a team is slightly down on horsepower, it basically doesn’t matter. Well, it does down the straightaway, Atlanta has one really long one and another slightly shorter one. But in the corners, that horsepower advantage is nullified across the board.

In the case of problems that never stop… NASCAR has also taken away a set of tires for every race this season. Nowhere is that a bigger deal than Atlanta Motor Speedway. After 10 laps, the delta is counted in seconds, not tenths. Cars can lose 1-2 seconds to a set of fresh tires in just a handful or two of laps. If a caution comes out with 5 laps to go and some teams used their last set 5 laps prior, it’s going to get very interesting.

Next year, when the NASCAR cup teams return, they will race on a brand new surface. Smooth, sticky surface that’s full of grip. Fast cars return next year. If you like fast cars… next years race is for you.

If you like high powered zamboni’s on the edge of control… March 5th is your racing weekend.