Last night at Richmond Raceway, there was an incident under caution. As cars went for pit road, so did the ambulance.

It’s a narrow entry to pit road. Drivers were caught by surprise as they came around the corner on the apron. The field stacked up as they made quick actions to get around the ambulance safely.

Kyle Busch locked up the brakes, turned right to avoid slamming into Dale Earnhardt Jr. That forced him to miss the commitment box, but no damage.

Other drivers were not so lucky. The accordion effect ended up handing Matt Kenseth, who started on pole, a broken radiator. After plowing into the back of Clint Bowyer, he was sent him behind the wall for repairs. 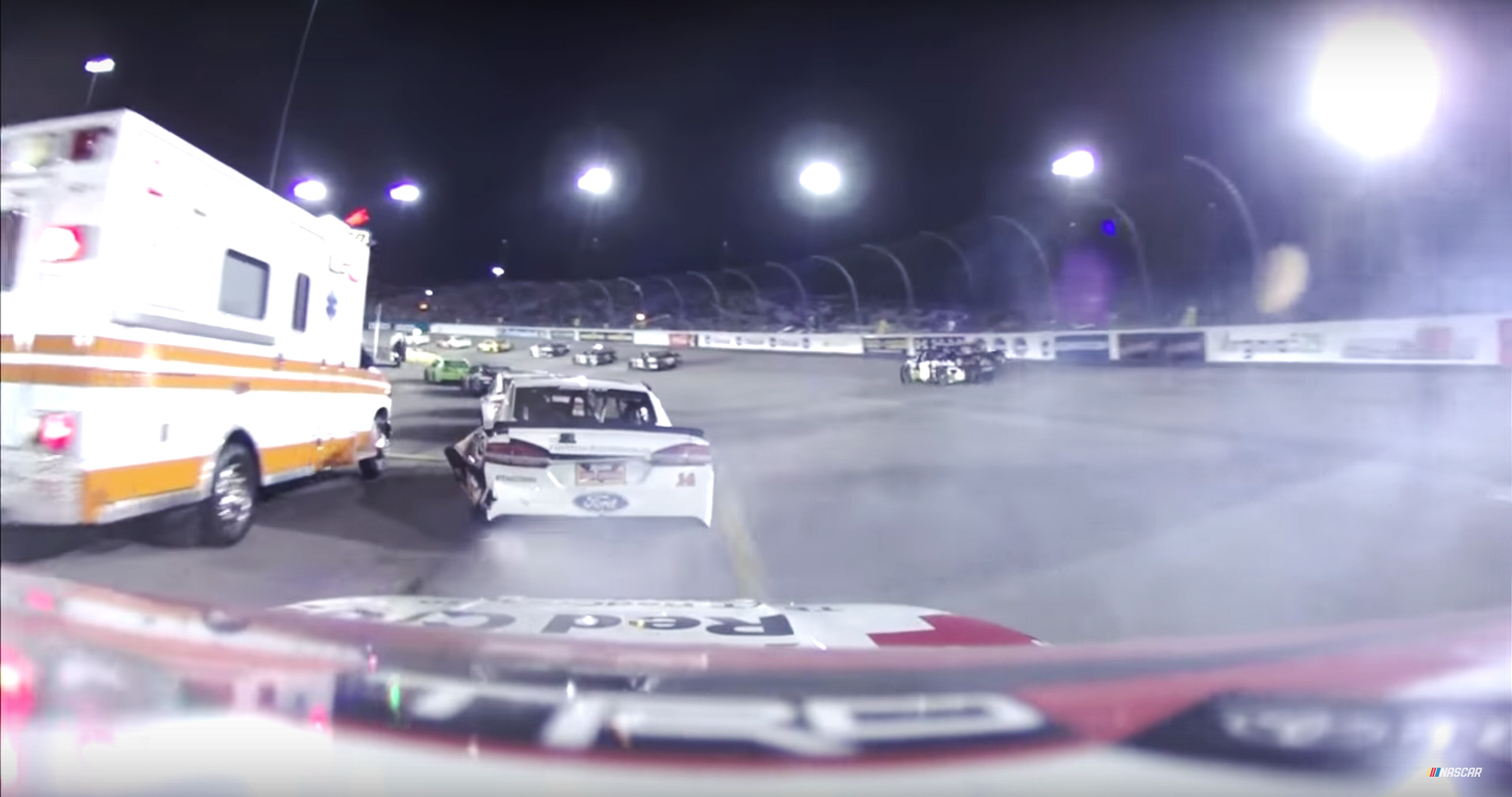 “I don’t know what they were doing there. I had no idea,” Martin Truex Jr stated to the crew en route to his pit box.

“Yeah, he didn’t stop when he was told to,” said the NASCAR Senior VP of Competition, Scott Miller.

Too late to close pit road?

“I mean, those calls are very dynamic and they happen very very quickly. It’s the race director’s in charge of pit road open and close.”

“You know, the track services and safety crew are in charge of the other. We didn’t sync up tonight and we will make sure that we don’t let that happen again.”

In the spring race, there was an issue where a safety truck was on track as cars came to pit road. Martin Truex Jr was forced to go around that safety truck then cut in front of him, diving back to pit road. In the course of the situation, he clipped the pit commitment box. There was another issue in 2015.

Two races in a row. It’s now a recurring theme at Richmond Raceway.

“Again, that’s the race directors call. I don’t remember the details of the first one. But, it’s very tight over there. Every track has it’s own set of circumstances and it is very tight on this end, on pit in.”

“We will analyze the situation and do a better job.”

Matt Kenseth talks about the ambulance