Yesterday at Knoxville Raceway, Steve Francis stated it could be his final Late Model Nationals. Pending sponsorship, he may retire at the end of this dirt racing season.

Steve Francis also cited another reason for his possible departure. The cars themselves. He stated he didn’t like the way the dirt late models are built today. I asked Francis about that in the pitlane at Knoxville Raceway. Francis explains…

“People can say what they want but air is the biggest thing we have,” Steve Francis opens the discussion of dirt late model aerodynamics.

“We got the right sides cut down, where they’re 25 inches tall and the left side’s 35 inches tall. The noses are 12 or 18 inches off the ground on the right front.”

“The left rear’s dragging the ground, when you drive threw the pits. But when you go on the racetrack that left rear’s 56 inches in the air.” 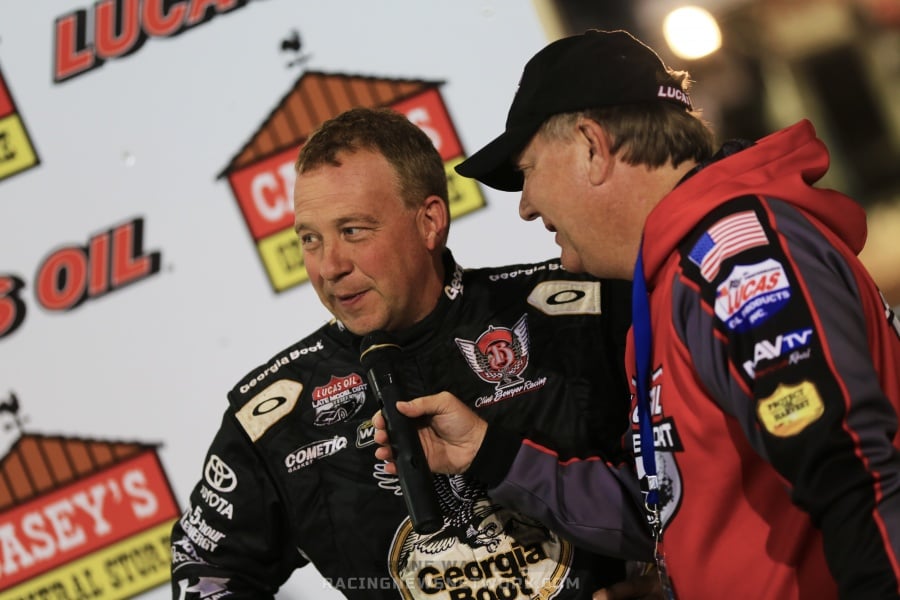 “I think every inch is something like for 400 counts of downforce. When you check the deck height out in the pits, it’s 39 inches. But when you go out on the racetrack, the right front collapses and the left rear extends. That’s huge aero.”

We still have some great racing that goes on. But, it’s getting harder and harder.

“Those things have changed our sport. And what we do in our sport. We still have some great racing that goes on. But, it’s getting harder and harder, aero, behind cars. I mean, we’re almost like sprint cars right now, as far as the aero stuff.” 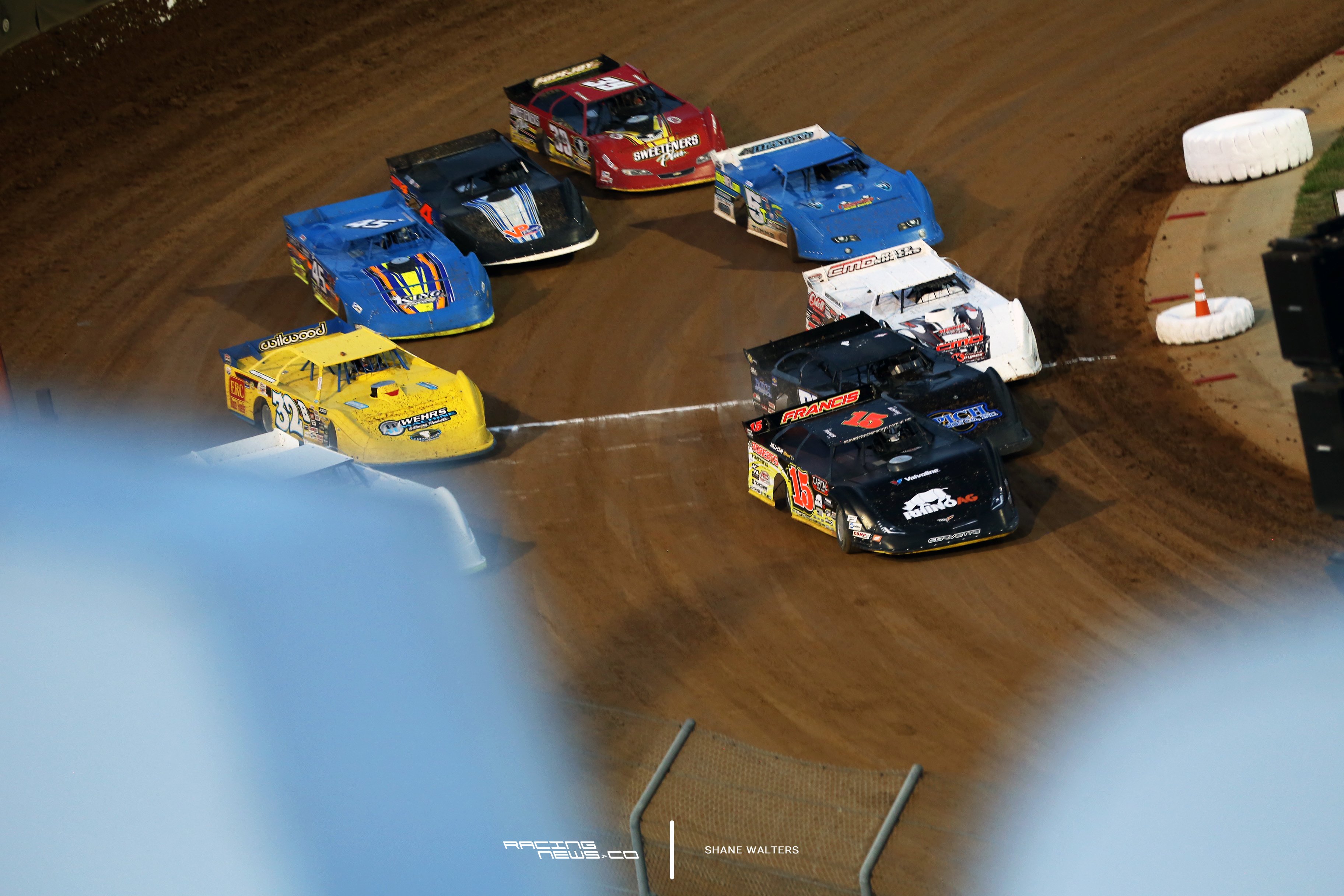 The aero push. When you have that much downforce, racecars become dependent on that air. When you get close to a car, the downforce disappears and the car jumps out of the reacetrack.

Yet, the leading car still has air pushing down on his body. The trailing car is suddenly at an extreme disadvantage, thus it makes it harder to pass and harder to race.

This is the exact same discussion that’s happening on the NASCAR side of the racing world. Just this week, Ray Evernham made a strong case for taking away the aero dependancies of NASCAR racecars.

Evernham stated there needed to be less NASCAR rules. Yet at the same time, numb the racecars up. Make it so it doesn’t matter if you move the body by an inch or two.

Right now, these dirt late models are bad fast. Too fast? Too much aero support? 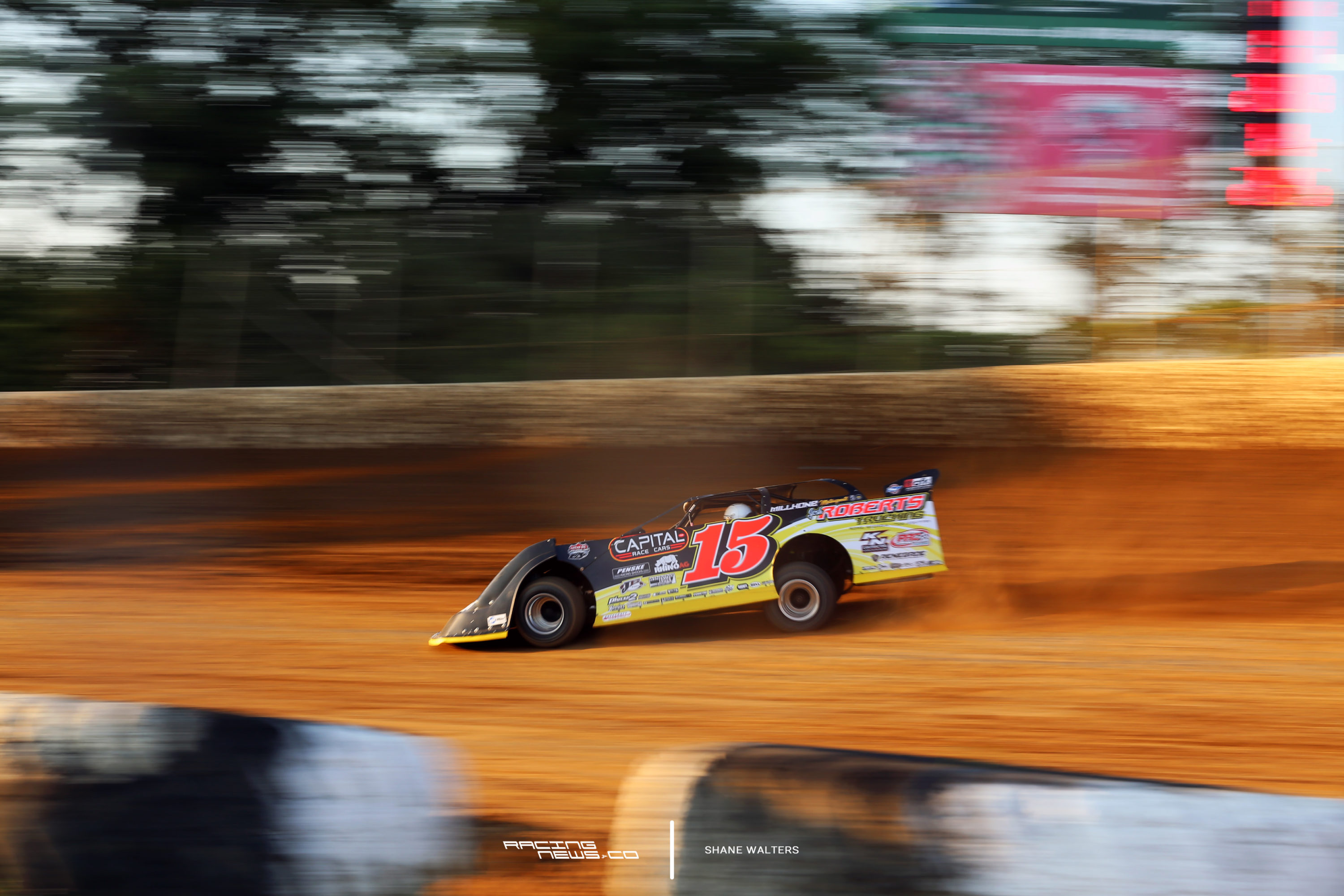 Street stockers roll out there, running 4 seconds a lap slower, race like hell.

“You’ve been to a lot of racetracks and watched late models and sprint car’s go out and can’t pass anybody. Street stockers roll out there, running 4 seconds a lap slower, race like hell.”

“How many times has everybody seen that happen?,” Steve Francis concludes.

Last night he dominated a heat race. He was running toward the front in the preliminary feature. Unfortunately, he was caught up in an incident that sent him to the pits.