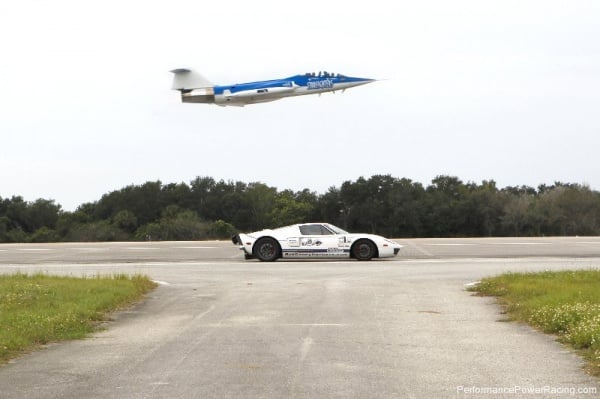 Johnny Bohmer Owner of Performance Power Racing and Driver of the World Famous BADD GT, along with Matt Lundy, Lead Design Tech, piloted the 1700+ horse power Ford GT down NASA’s Shuttle Landing Facility Runway this week setting a new Guinness World Record at 283.232 mph in the Standing Mile. The Standing Mile is an event in which a vehicle, from a dead stop, accelerates completely through the one mile mark.

“Automotive Racing is the perfect channel to introduce some of the new technologies we are working on in to the main stream market. The Pandalloy™ Aluminum Alloys Project through Performance Power Materials, Inc is very exciting. The multiple series of Aluminums are vastly outperforming what is on the market today and we are excited to see how far we can push the limits of performance, and more importantly efficiency to have a positive impact worldwide. We break records to prove that these systems and designs really do function and can be implemented on vehicles of all types.” said Johnny Bohmer.

“Our entire team has worked very hard to get here and we are proud to be able to put an American car in the record books as the fastest street car in the world.” Mr. Bohmer said about the achievement. “By NASA allowing us access to a one of a kind facility, we are given the opportunity to explore these technologies and share their benefits. An immense amount of research and development went in to this 3 year project and we are just scratching the surface of where these systems can be utilized outside of the racing arena.”

PREV POST
NASCAR TRUCK: No Prelude, But Maybe A Truck Race At Eldora?