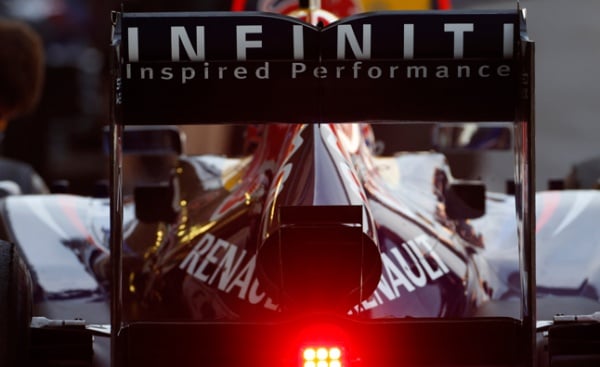 Red Bull Racing is pleased to confirm that it has agreed a four-year extension of its partnership with Infiniti, the premium automotive brand from Japan, which first began in March 2011.

As part of the expanded partnership, Infiniti’s involvement with the team will evolve from being purely commercial to a relationship that is more technologically focused, as the two companies will join together on a number of engineering and development projects.

Johan de Nysschen, President of Infiniti said: “While our first 24-months have been very beneficial to both parties, our new increased relationship will bring increased advantages to Infiniti and Red Bull Racing. As title sponsor, Infiniti Red Bull Racing will help us garner even more worldwide exposure for our brand, products and technology.”

Red Bull Racing’s Team Principal Christian Horner added: “Red Bull Racing and Infiniti have been working on a number of initiatives since the start of our relationship in 2011. During that time, Infiniti has demonstrated significant technical prowess and I’ve been impressed by the depth of the wider engineering capabilities of the Nissan Motor Company. In terms of marketing, Infiniti has leveraged their involvement with Red Bull Racing and Formula One extremely effectively to become much better known in a short space of time. These two attributes make Infiniti the ideal title and technical partner for Red Bull Racing.”

Adrian Newey, Red Bull Racing’s Chief Technical Officer commented: “Formula One presents immense design and engineering challenges on a daily basis. Having a committed technical partner like Infiniti gives us a great platform for working together on technical projects, such as the Energy Recovery Systems for the 2014 season.”