DIRT SPRINT CAR: World Of Outlaws By the Numbers 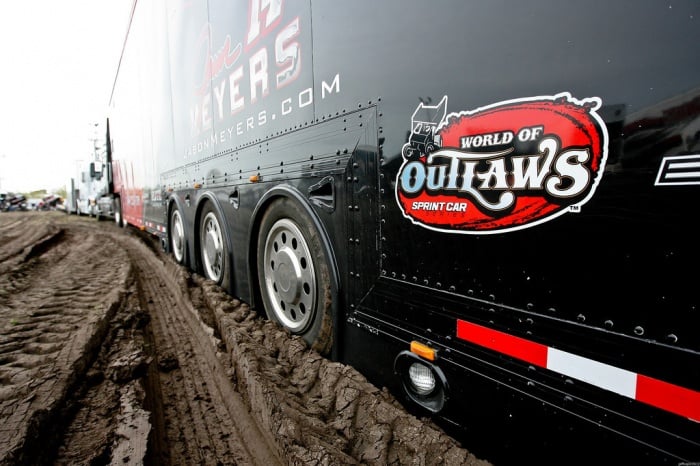 BARBERVILLE, Fla. — Feb. 10, 2013 — The World of Outlaws STP Sprint Car Series is only days away from opening the 2013 campaign at the 42nd annual UNOH DIRTcar Nationals Presented by Summit Racing Equipment.

With excitement and attention focused on the famed season-opening event, which begins on Tuesday with a night of practice before two days of UNOH All Star Circuit of Champions racing and then three days of World of Outlaws STP Sprint Car Series competition at Volusia Speedway Park, a phenomenal 2012 season is relived one final time.

Donny Schatz set a torrid and unmatched pace from his sixth Knoxville Nationals victory in the last seven years until the end of the season to earn his fifth World of Outlaws STP Sprint Car Series title.

Along with those impressive feats, here are a few numbers from the historic 2012 season:

1 – The car number with the most victories – all 13 from Sammy Swindell.

5 – Different-sized tracks that Swindell won on – the most of any driver.

7 – Features on third-mile and 4/10-mile tracks, and races with quick time set in the 14-second and 16-second ranges.

10.246 – The quickest qualifying lap all season, turned in by Lucas Wolfe at Cornwall Motor Speedway in Cornwall, Ontario.

23 – Different feature winners, which is the highest in any season.

Check out the World of Outlaws STP Sprint Car Series as its starts another record-setting season this week at the UNOH DIRTcar Nationals Presented by Summit.

Tickets can be ordered online by clicking WorldofOutlaws.com/tickets or by calling 877-395-8606. Every night is a doubleheader and there are FREE Fan Pit Passes with every ticket.

Written By: World Of Outlaws