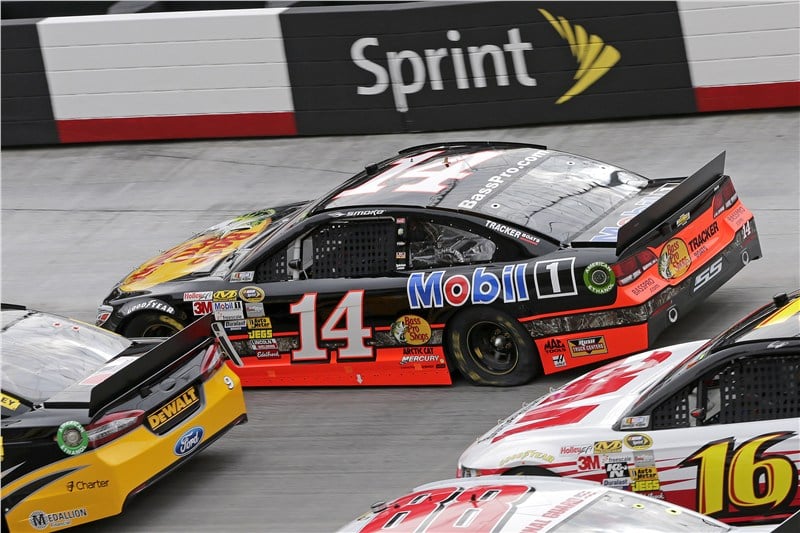 Tony Stewart had surgery to his right leg following the accident, according to a statement from Stewart-Haas Racing.

A replacement driver for this weekend’s Sprint Cup Series race at Watkins Glen (N.Y.) International has not been determined. Stewart is currently 11th in the Cup standings.

According to a report in The Des Moines Register, track officials said Stewart was conscious and talking to responders after being placed on a stretcher following the accident.

Tony Stewart was leading the 30-lap race with five laps remaining when another car spun, collecting Stewart, whose winged sprint car flipped at the half-mile dirt track located in Oskaloosa, Iowa. For Tony Stewart broken leg was the end result.

“It looked like he got into a lapped car,” race-winner Brian Brown told the newspaper. “When I got close, he was flipping cage down. I didn’t really have time to watch and see what was going on.”

NASCAR Nationwide Series driver Kyle Larson also was competing in the race for winged sprint cars with 360-cubic-inch engines when the accident happened.

“I didn’t see how it happened, I just saw cars going everywhere,” Larson told the newspaper. “I had to duck through the infield and luckily I missed it.”

Stewart regularly races the open-wheel cars on short tracks – his Tony Stewart Racing fields a variety of sprint cars – and also had a flip last week that made national news.

“I am as careful as I am when I get in a car on a city street,” Stewart said in June about his sprint-car racing following the death of Jason Leffler in a sprint-car race in New Jersey. “There will be more people that die in car crashes today than die in race cars today. It’s just part of it and I am one of those that believe when it’s your time, it’s your time.”

Stewart is expected to miss races, ending his Chase chances. He is one point out of 10th and currently is in position for one of the wild-card spots with one victory.

Brett Moffitt near recovery after a broken bone in each leg