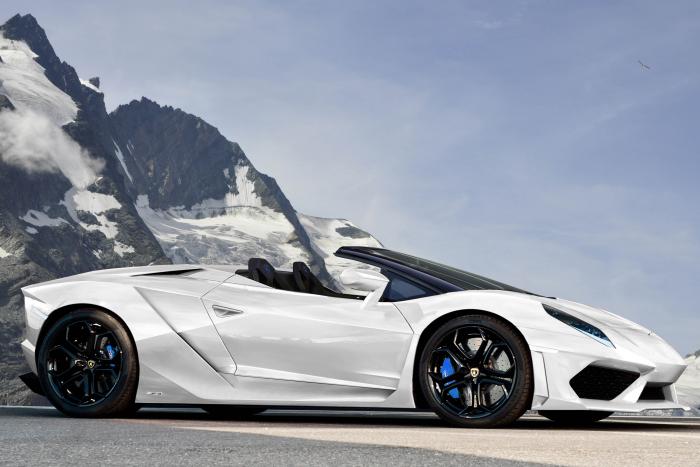 The new Lamborghini Gallardo is set to go on sale next year with aggressive styling, less weight and more power.

The new Lamborghini Gallardo, expected to be badged Cabrera, will be revealed in early 2014 before going on sale later in the year.

As you can see in our spy pictures, the Lamborghini Gallardo replacement shares the classic wedge-shape seen on its predecessor, but the bonnet appears slightly longer at the front – creating a sharper, sleeker design.

While the bonnet seems slightly lower, the rear end seems higher, and a trio of intakes dominate the Cabrera’s bumper. There’s also two additional vents bulging from the flanks, in front of the wheelarches.

Although Lamborghini hasn’t released an official price yet, we’d expect it to cost around £180,000 for the four-wheel drive version – which would place it on a par with the Ferrari 458 Italia – while two-wheel drive versions could start from around £20,000 less.

The 5.2-litre V10 that powers the current LP 570-4 will reportedly feature in the new Lamborghini Gallardo range, but it will be modified to produce an additional 38bhp, increasing its output to 600bhp and offering lower emissions. As well as this, a smoother seven-speed, dual-clutch transmission will replace the e-gear automated manual.

The Cabrera will also share its platform with the new 2015 Audi R8, so we’ll likely see a groundbreaking multimaterial chassis with aluminium and carbon-fibre structural components to shave some weight off.

In fact, two-wheel drive versions should weigh as little as 1,300kg, while the four-wheel drive will see 30kg added to that.

A convertible Cabrera Spyder will join the range after the coupe has been launched. For the Lamborghini Gallardo, launched in 2003, we were made to wait three years before the Spyder arrived, but this time around expect Lamborghini to speed things up. An on sale date sometime in 2015 is predicted – around 12 months after the coupe.

The engine will mirror the coupe, so expect a revised 5.2-litre V10 with around 600bhp and a choice of two and four-wheel drive. Unusually for a drop-top, the Gallardo Spyder weighed no more than the coupe, and the same is expected of the Cabrera.

First shown as a concept car in 2010, the Sesto Elemento has now entered production and customer deliveries are underway. Only 20 models will ever be made, and cost almost £2 million each. The Sesto Elemento’s unique selling point is its carbon-fibre construction – the lightweight material is used in the chassis, interior, body panels and even the wheels. The result is a total weight of just 999kg, despite borrowing its 5.2-litre V10 engine from the current Lamborghini Gallardo.