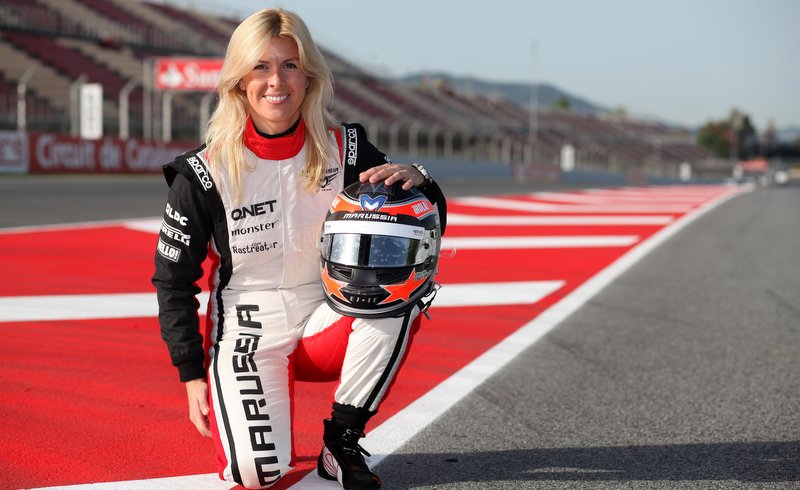 Madrid-born Maria de Villota dead as she was found in a Spanish hotel room late Thursday, Villota was the daughter of two-time grand prix starter Emilio.

Having come from a racing family, it was no surprise she pursued a career in racing. After initially competing in karts, she stepped into single-seater racing in 2000 in the Spanish Formula Toyota series before a part-season in the newly-established Spanish Formula 3 championship for Racing Engineering the following year.

De Villota had already competed in the Daytona 24 Hours in 2005, driving a Ferrari 360 Modena, and for the next three years made appearances in myriad categories, including the European Ferrari Challenge, World Touring Car Championship, Superstars, and Spanish GT. But it was in the German ADAC Procar series that she enjoyed most success, claiming a victory at the Nurburgring in 2007 and finishing third in the standings driving a Chevrolet Lacetti for Maurer Motorsport.

Her ambition was always to race in open-wheel cars and in 2008 she made a one-off appearance in Euro 3000 before competing in the UK-based Formula Palmer Audi championship the following year. But her big break came with the Atletico Madrid team in Superleague Formula, which she joined late in the 2009 season.

While results were few and far between during her 24 races in the category against some tough opposition, she did claim a fourth place at the Nurburgring in 2010. With her attention turning to Formula 1, de Villota had her first taste of a grand prix car in August 2011, completing two days of running in a 2009-specification Renault R29.

After the test, team principal Eric Boullier paid tribute to the professional job de Villota did in the car. “Maria did exactly what was expected of her, she took things one step at a time and achieved some very reasonable lap times, not putting a foot wrong all day,” said Boullier.

De Villota landed her first official role in F1 in 2012, joining the Marussia team as a test driver ahead of the season. After spending time with the team at races, she had her first taste of the car in a straightline test at Duxford airfield on July 3.

Returning to the “pits” area after her first installation run, de Villota’s car struck a team support truck and she suffered life-threatening injuries.

She lost her right eye in the accident, but recovered well enough after a series of operations to make her first public appearance in Madrid three months later.

“Before the accident, I only saw Formula 1, inside a car, competing, and I didn’t see what was really important in life,” she said. “[The crash] has made me find the way again and I’m seeing it that way. And this new opportunity I’m going to live it at 100 per cent.”

Since her accident, de Villota continued to be active in motor racing circles, attending this year’s Spanish Grand Prix and maintaining her role as an ambassador for the FIA’s Women In Motorsport Commission.

The Streamline Hotel: Birthplace of NASCAR is heading to auction