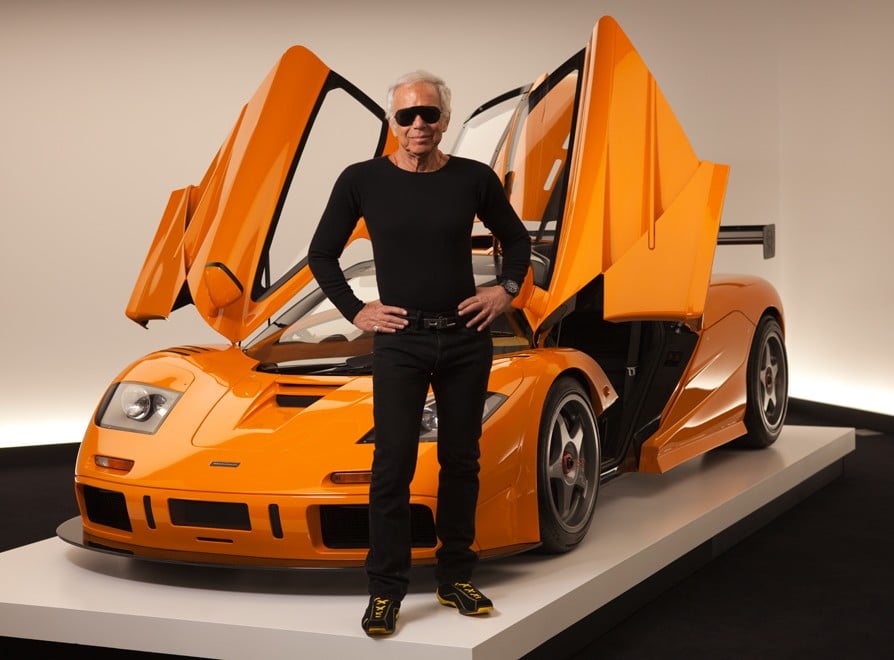 The American designer has come a long way from his humble beginnings in Bronx, New York. Originally named Ralph Lifshitz he explained to Oprah Winfrey “My given name has the word ‘shit’ in it” so the change to Lauren.

The Polo Ralph Lauren fashion designer has become well known for his collection of rare automobiles, some of which have been displayed in museum exhibits. As of September 2012, Forbes estimates his wealth at $6.5 billion dollars, which makes Ralph Lauren the 162nd richest person in the world.

The designer is well known as a collector of automobiles, some of the cars featured in the Ralph Lauren car collection are extremely rare. A large portion of his over 70 automobiles are held in his estate in Katonah, New York.

The Ralph Lauren Car Collection has won “best in show” at the prestigious Pebble Beach Concours d’Elegance multiple times. In 2005 his collection was displayed atBoston’s Museum of Fine Arts. Seventeen cars from his collection were exhibited at the Musée des Arts Décoratifs, Paris in 2011.

Ralph Lauren Corporation’s headquarters are in the Upper East Side of New York City.

See the Ralph Lauren car collection in photos posted below.