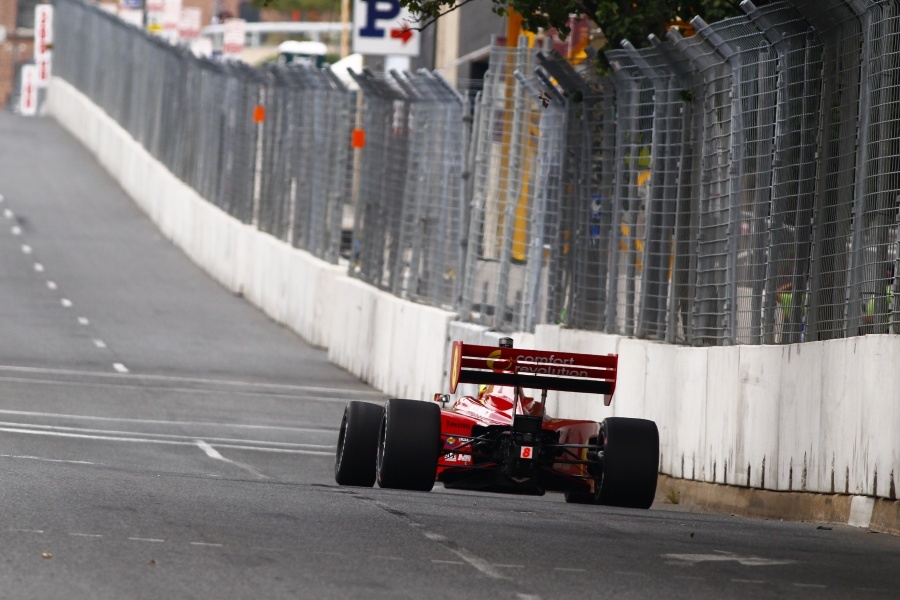 INDIANAPOLIS (April. 29, 2014) – Chip Ganassi Racing Teams (CGRT) announced today an agreement with reigning Indy Lights Champion Sage Karam on a multi-year deal as a development driver which will begin with contesting the 2014 Indianapolis 500 through an alliance with Dreyer & Reinbold Kingdom Racing to drive in the No. 22 Chevrolet.

Karam competed twice with Chip Ganassi Racing with Felix Sabates (CGRFS) earlier this season in a second Prototype (P) fielded in the TUDOR United SportsCar Championship’s (TUSC) Rolex 24 At Daytona and 12 Hours of Sebring.  Karam was most recently part of the No. 02 driver lineup with Target Verizon IndyCar Series drivers Scott Dixon and Tony Kanaan, who earned the most points from Sebring’s three segments toward the season-ending $100,000 Patrón Endurance Cup for the (P) class with a sixth-place result.

Sage Karam, Driver:  “I couldn’t be happier to join Chip Ganassi Racing’s Verizon IndyCar Series program.  It is honestly a dream come true for me and my racing career.  I’ve been very fortunate to participate in a few IMSA races for Chip with the team, and I can’t wait for my first experience in the Indianapolis 500.  Chip has created a fantastic organization that judges success by just one thing – WINNING, both races and championships.  This is a very big day for me.”

Chip Ganassi, Owner, Chip Ganassi Racing Teams:  “Sage is a unique talent that we believe is a future star of the sport.  Even at a young age, he has been successful at every level that he has raced at.  It is nice to see his poise and tenacity on the race track as I think that will translate well to his driving at Indianapolis Motor Speedway for the 500.  He reminds me of the two other recent young drivers that we have in our program, Kyle Larson and Dylan Kwasniewski.”

Chip Ganassi has been a fixture in the auto racing industry for over 25 years and is considered one of the most successful as well as innovative owners the sport has anywhere in the world. Today his teams include four cars in the Verizon IndyCar Series, two cars in the NASCAR Sprint Cup Series, and one Prototype in the TUDOR United SportsCar Championship. Overall his teams have 17 championships and 160 victories, including four Indianapolis 500s, a Daytona 500, a Brickyard 400, five Rolex 24 At Daytonas and the 12 Hours of Sebring. Ganassi boasts state-of-the-art race shop facilities in Indianapolis and Brownsburg, Ind. and Concord, N.C., with a corporate office in Pittsburgh, Penn.