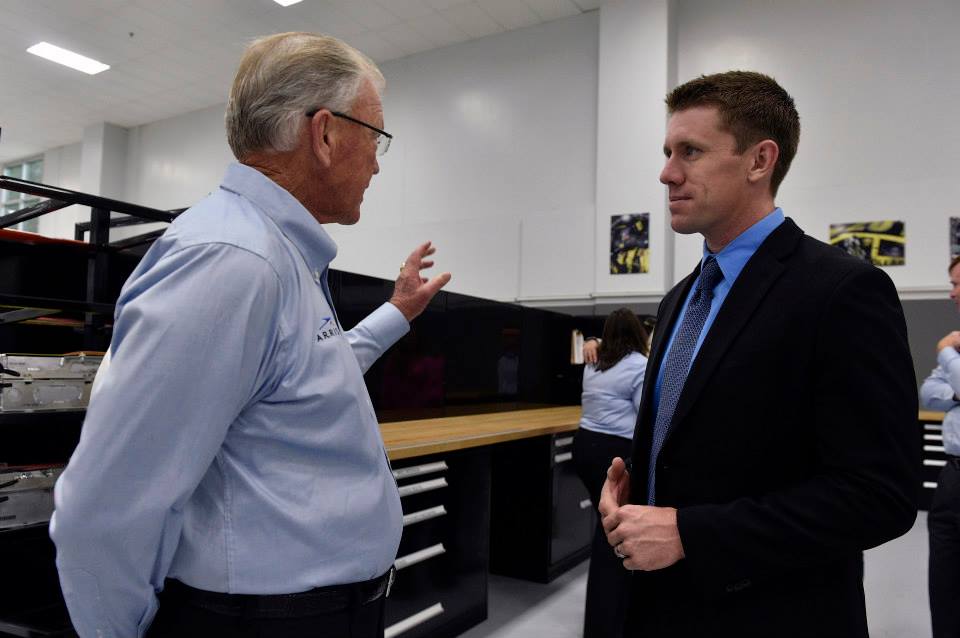 HUNTERSVILLE, N.C. (August 19, 2014) – Carl Edwards to Joe Gibbs Racing as the driver will join the organization in 2015 to compete full time in the NASCAR Sprint Cup Series.

It’s worth noting the photos in this post are of the Daniel Suarez car. It’s implied that Carl Edwards will have a similar paint scheme for 2015.

In addition, ARRIS Group, Inc. will sponsor Edwards in the No. 19 Toyota Camry for 17 races in the NASCAR Sprint Cup Series with JGR expanding its operations to include a fourth team.

“This is one of the biggest days in Joe Gibbs Racing’s history,” said Joe Gibbs, founder and owner of Joe Gibbs Racing. “To be able to bring a driver the caliber of Carl Edwards on board to launch our fourth team is just a thrill. But we also have the opportunity to announce a new partner in ARRIS that will not only sponsor Carl, but also share a vision with Carlos Slim Domit and Escuderia TELMEX to develop Mexican and Latin American drivers in NASCAR. We are excited to have Daniel Suarez as part of that program and look forward to watching his development in the NASCAR Nationwide Series next season.”

ARRIS is a global innovator in IP, video and broadband technology. We have continually worked with our customers to transform the experience of entertainment and communications for millions of people around the world. The people of ARRIS are dedicated to the success of our customers, bringing a passion for invention that has fueled our history: We created digital TV, delivered the first wireless broadband gateway and are pioneering the standards and pathways for tomorrow’s personalized, Ultra HD, multiscreen, and cloud services. We are dedicated to meeting today’s challenges and preparing for the tasks the future holds. Collaborating with our customers, ARRIS will continue to solve the most pressing challenges of 21st century communications. Together, we are inventing the future.