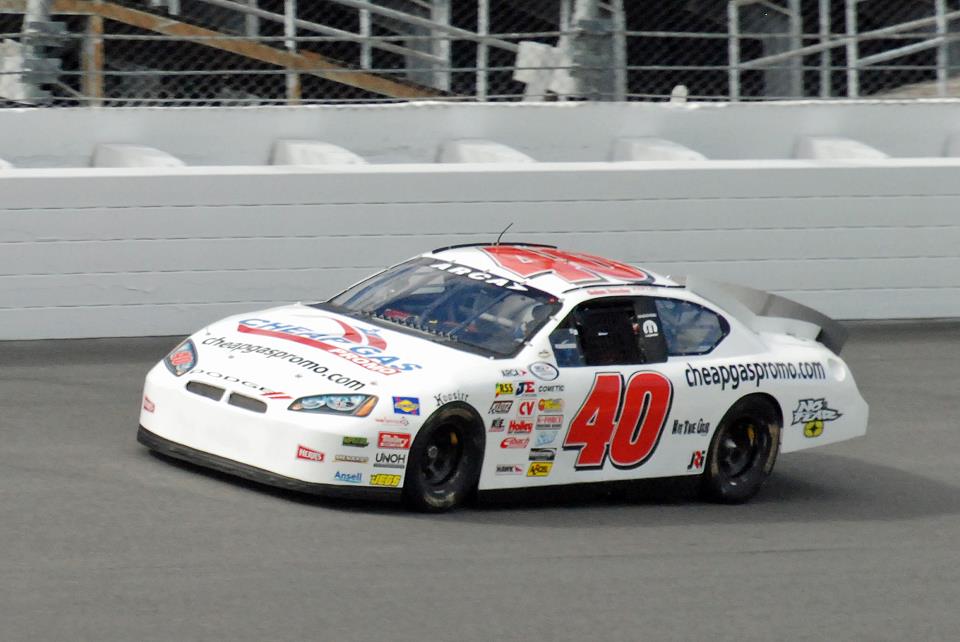 “This will be the first race for our new HARE Motorsports team,” Hassler said.

“I thought we’d get our stuff ready for Kansas rather than come out of the box at Daytona and getting all flustered with the biggest race of the year. Thought it would be a good idea to knock some of the cobwebs off first. Our plan will be to run the full season in 2015.

“HARE Motorsports stands for Hassler & Associates Racing Enterprises, a name my dad started in the 70’s. He owned sprint cars and if you knew sprint cars around Missouri in the 70’s, you knew my dad, Dale Hassler. He hosted the first Missouri Sprint Nationals on the big track at Sedalia, Missouri.”

“We bought eight cars, a mix of Chevrolets and Toyotas. It was Mike Affarano’s team. He put it all up for sale so my investors and I jumped on it. ARCA’s new engine program (ARCA Ilmor 396) seems like a good deal…let the intermediate teams perform with the heavy hitters. That looks like the direction we’re headed.”

Hassler made a couple starts with Carter 2 Motorsports in 2013.

“We did a couple starts with Roger Carter last year. I just feel like we can control our own destiny if we’re running our own team. I feel very comfortable in the new cars every time I step in one. I feel like I can branch out and really do this thing.

“I’m anxious to learn the in’s and out’s of this kind of racing…surround myself with positive people and learn everything I can. There’s a lot of knowledge walking around in the ARCA garage, and there are so many quality people to learn from.”

Most of Hassler’s racing experience comes from dirt modified competition across his home state of Missouri.

“I come from dirt modifieds; we’ve won several races this year, and finished in the top-three in all the races we’ve run this year, or all the ones we’ve finished anyway. We’re going to race at Lakeside in the USRA Nationals this weekend too…bout 10 miles from Kansas Speedway.”

Hassler has entered a Chevrolet for the ARCA 98.9 at Kansas with veteran Dave McClure listed as the crew chief.

“Right now, Miller Construction is our primary sponsor, and we hope to announce another one too.”

The ARCA 98.9 at Kansas Speedway marks the 14th consecutive ARCA race at Kansas since the series debuted on the 1.5-mile track in 2001 – Jason Jarrett, the inaugural winner. Other ARCA winners at Kansas include Frank Kimmel, Scott Speed, Parker Kligerman, Ty Dillon and Alex Bowman, to name a few.

Practice for the ARCA 98.9 is from 9:00 a.m. to 10:50, with Menards Pole Qualifying presented by Ansell following at 1:35 p.m. The ARCA 98.9 is scheduled to start at 7:30, with live coverage on FOX Sports 2. ARCAracing.com will also feature live timing and scoring of all on-track activities.