Circuit of the Americas Economic Impact 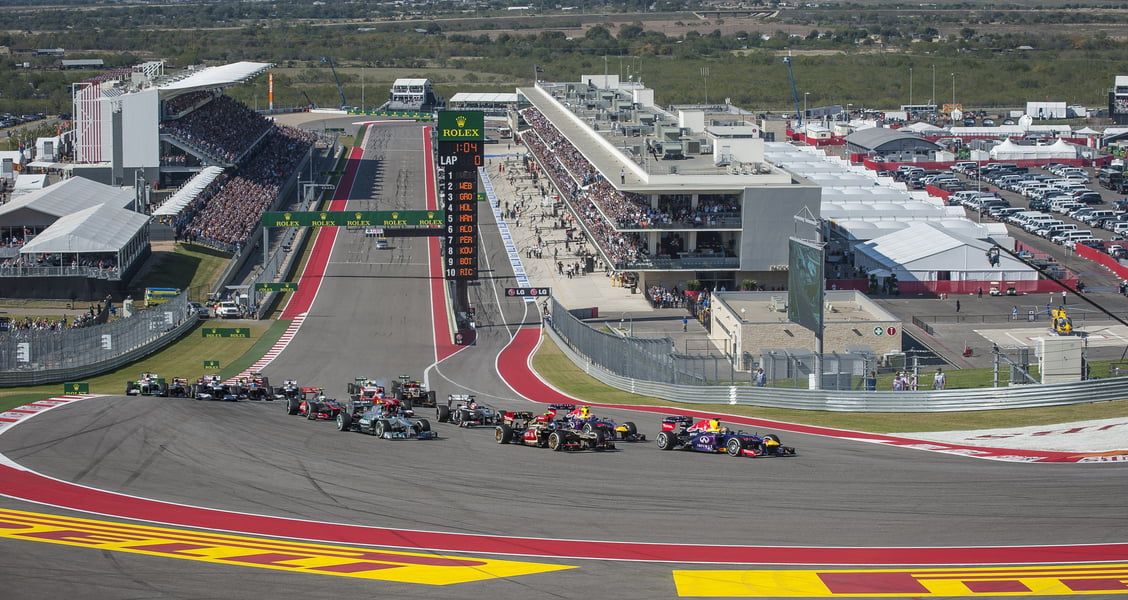 The Circuit of The Americas economic impact is astonishing. COTA generated $897 million in economic impact to the Austin area in 2014, according to a study prepared by New York-based Greyhill Advisors.

The Circuit of The Americas economic impact analysis represents all COTA events, activities and annual operation for FY 2014. The year is defined as October 1, 2013, to September 30, 2014. The time period captures one full cycle of COTA’s major annual events, including the 2013 Formula 1 United States Grand Prix, 2014 MotoGP Grand Prix of the Americas and ESPN’s 2014 X Games, as well as track rentals, and concert and events at Austin360 Amphitheater. The full report, available here, was commissioned by Circuit of The Americas.

“COTA has turned out to be much more than just a racetrack,” said Austin Mayor Lee Leffingwell. “It’s a job creator, a revenue generator, and a destination for quality, year-round entertainment. These benefits to taxpayers result from racetrack construction that was solely funded by private investment. I commend COTA for its positive impact on our community and its contribution to Austin’s emergence as an international city.”

According to the report, there were 1.1 million attendees across all COTA events in FY 2014, leading to $731 million in economic impact. An additional $166 million is attributed directly to COTA operations.

Over the course of the year,Circuit of the Americas hosted six motorsports and other major sporting events, 18 concerts and 110 track rentals and other events.

The Circuit of the Americas economic impact goes beyond a dollar amount. The COTA annual activities and operations combined to support 9,100 jobs in the Austin metro region representing $306 million in annual payroll for Austin-area workers. Direct visitor spending injected into Austin area business establishments such as restaurants, bars, hotels and retailers totaled $423 million.

“COTA is a thoughtfully designed facility that has helped Austin successfully compete for and host events that put our city in the global spotlight,” said Bob Lander, Austin Convention and Visitors Bureau President and CEO. “We attract over 21 million visitors annually – three times as many as only a decade ago. Tourism has a substantial impact on the Austin economy providing nearly 54,000 jobs and $6.2 billion in direct traveler spending. World-class facilities like Circuit of the Americas greatly enhance our ability to attract new international audiences and markets that widen our spectrum of business.”

Included in the cumulative impact was construction of COTA’s 1,500-acre campus, which supported more than 7,100 jobs representing $350 million in annual wages. The economic impact from construction was $918 million, the report said.

“We built COTACircuit of the Americas to be a part of the economic and cultural fabric of Austin,” said Circuit of The Americas Chairman Bobby Epstein. “We’ve created a place where Austinites can enjoy world-class sports and entertainment, and it’s gratifying to see the enormous benefit to local businesses big and small.”

What’s the economic impact of the Gateway Dirt Nationals?

Filed Under: F1 Tagged With: Circuit of The Americas COTA F1