Gymkhana 7 Video Below From Ken Block and Hoonigan Racing 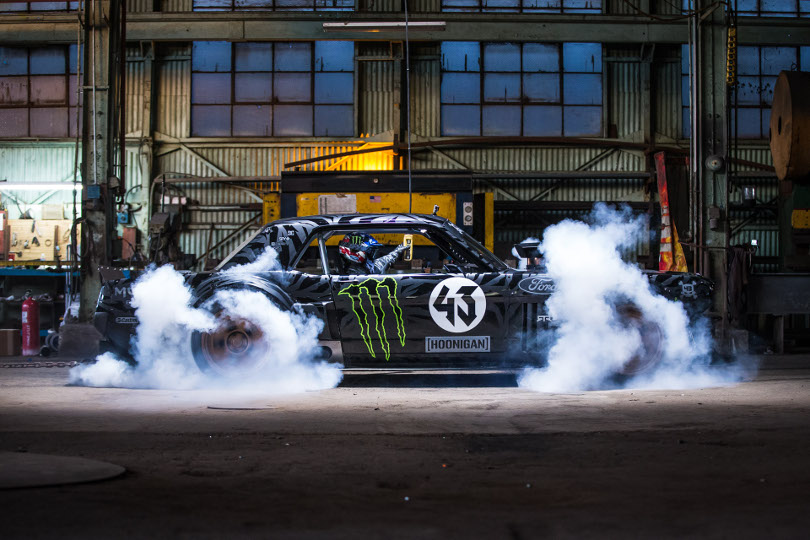 Gymkhana 7 Los Angeles video has hit the net. Watch the Gymkhana 7 video from Ken Block and Hoonigan Racing below. Ken Block drives his Mustang through the streets of LA.

Click here to view the story on the Hoonicorn RTR Mustang we posted a few weeks ago before the Gymkhana Seven video release.

Los Angeles is the perfect setting for the latest round of the Gymkhana series. Watch and enjoy the Gymkhana video below featuring theMustang RTR.

Built at ASD Motorsports in Charlotte, North Carolina, over the course of two years, the Mustang RTR car is based upon a 1965 Ford Mustang notchback. The iconic pony car, which is celebrating its 50th anniversary this year.

The Gymkhana 7 car was heavily modified by RTR and ASD Motorsports to feature a 410 cubic inch Roush Yates V8, with 845 hp, mated to a one-off Sadev all-wheel drive system. The styling for the build harnesses a mix of influences and inspirations. Those include the current crop of WRC cars, DTM cars and even toy cars from Block’s youth. These elements were harnessed through a collaborative effort between Block and RTR. RTR is known for their Mustang expertise and incorporated into the build.

Ken Block not only started Hoonigan, he defines it. Known best for his antics behind the wheel, Block entered the world of motorsport in 2005 looking to achieve his personal dream of racing in rally—and achieve, he did. From the national level to the World Rally Championship, Block has now done it all in rally. But what makes this Hoonigan stand out from the rest of the pack is his flat-out, usually sideways, bat-shit driving style. His wildly successful Gymkhana videos display this best and, subsequently, are the largest viral-video project in the automotive space, having garnered more than 160 million views in total and counting. Before Block broke the Internets with his penchant for tire slaying, he cofounded and ran DC Shoes, one of the largest action-sports apparel companies. Today he continues to hoon… Every. Damn. Day.