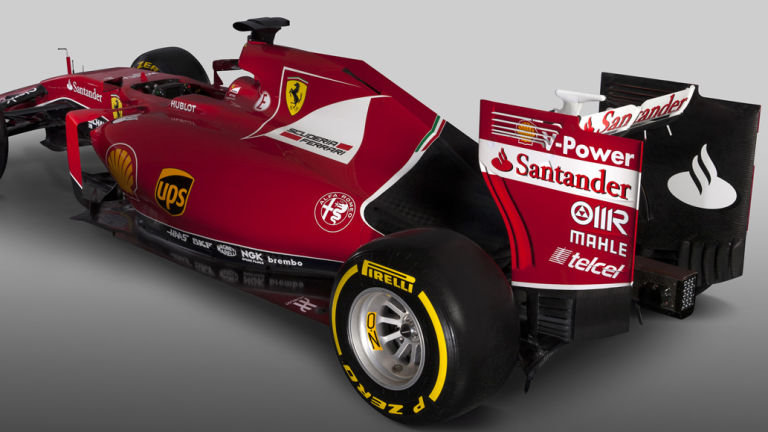 “The most striking visual difference between the SF15-T and its predecessor is the lowering of the front end of the car in accordance with the change of regulations for the 2015 season. After a few seasons of rather unappealing aesthetics, the 2015 rules permit the SF15-T an attractive nose shape which also brings excellent aerodynamic performance. Aside from the nose area, the regulations for 2015 are largely unchanged. This has given the Team a stable base on which to engineer a much stronger chassis than the year before:

“A casual glance at the back of the car reveals a much more tightly packaged rear end which allows more downforce to be extracted from the critical surfaces around the rear of the car. The rear wing family has been extensively redesigned to deliver stable performance in corners while producing a larger DRS effect on the straights. The front and rear brake ducts have been remodeled to produce more cooling of caliper and brake disk while generating more downforce than their 2014 counterparts. Both front and rear suspension kinematics have been overhauled to present the tyre to the road in a manner that allows better use of the Pirelli rubber.”

“Last year we clearly had an unacceptably large gap in our performance,” says Ferrari’s technical director James Allison. We have tried to make sure that the weaknesses that we felt were particularly notable on the 14 car were put right for the 15 car.”