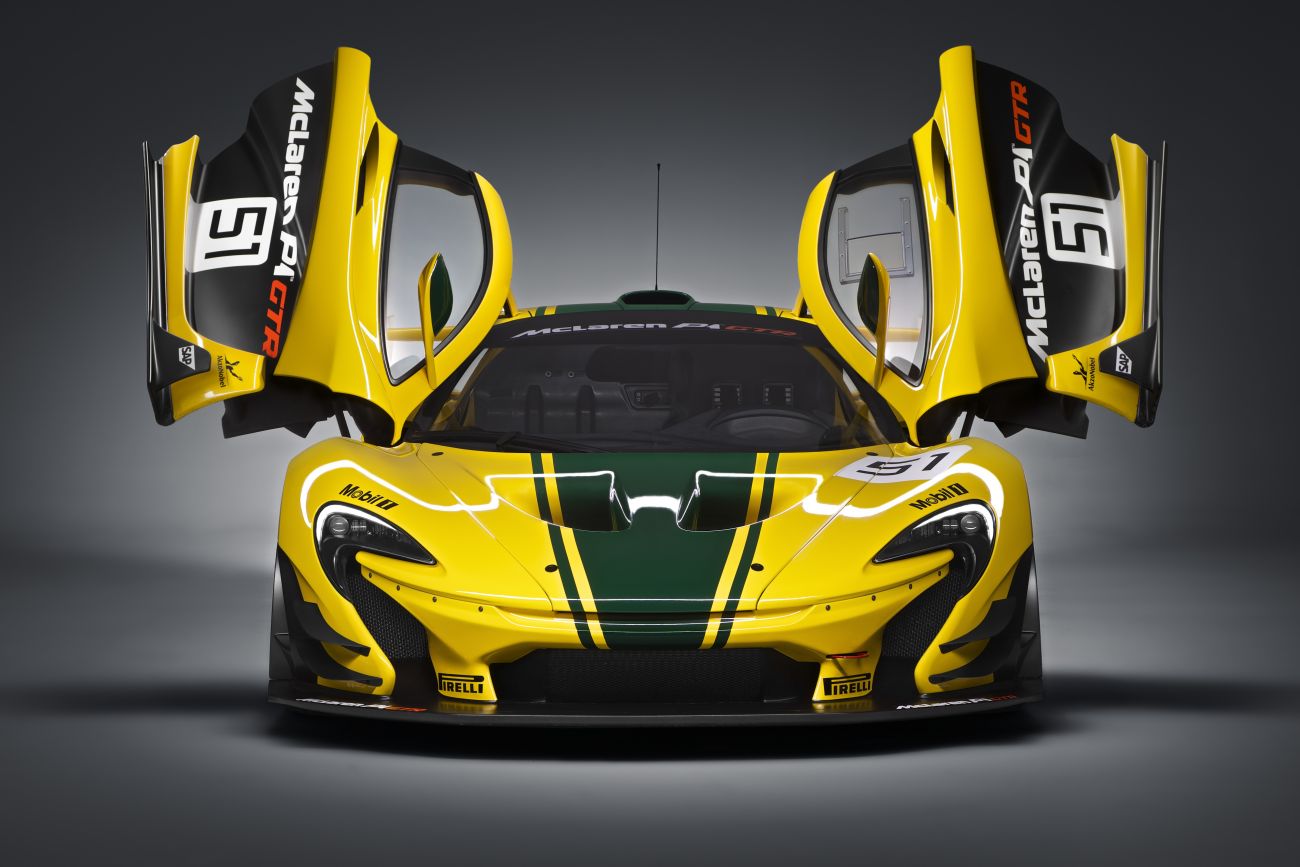 The McLaren P1 GTR name alone suggests how significant the car will be – the first McLaren to use the GTR moniker was the McLaren F1 GTR that won the 1995 Le Mans 24 Hours.

Without road-car regulations to hold it back, the McLaren P1 GTR will push everything to the limit.  Available only to McLaren P1 owners, production of the track-focused GTR will begin when the 375th and final road car has been built.

The mid-mounted powerplant has an output of 1,000PS (986bhp) and includes an ERS-style push-to-pass system.  The large fixed rear wing features a Formula 1™-derived Drag Reduction System and the wing mirrors have been repositioned to the A pillars to put them closer to the eye line of the driver and reduce aerodynamic drag.  The car sits at a fixed ride height on race-prepared suspension over 19-inch motorsport alloy wheels. Below the rear wing is the exposed, centrally mounted inconel and titanium alloy exhaust.  This all new straight cut twin pipe design has been developed exclusively for the GTR.

McLaren P1 GTR ownership will include participation in driving events at some of the world’s most iconic circuits with specialist vehicle support.  Also available will be access to McLaren racing simulators with driver training from experts that have helped develop and train Formula 1™ champions.  In addition, exclusive consultations with the McLaren driver fitness team and Design Director Frank Stephenson will be included in the programme.

Together with one of the most exciting track-focused cars ever developed, the programme offers unprecedented access to the technologies, resources and people throughout the McLaren Technology Centre.  Every experience will be unique and tailored specifically for each participant.