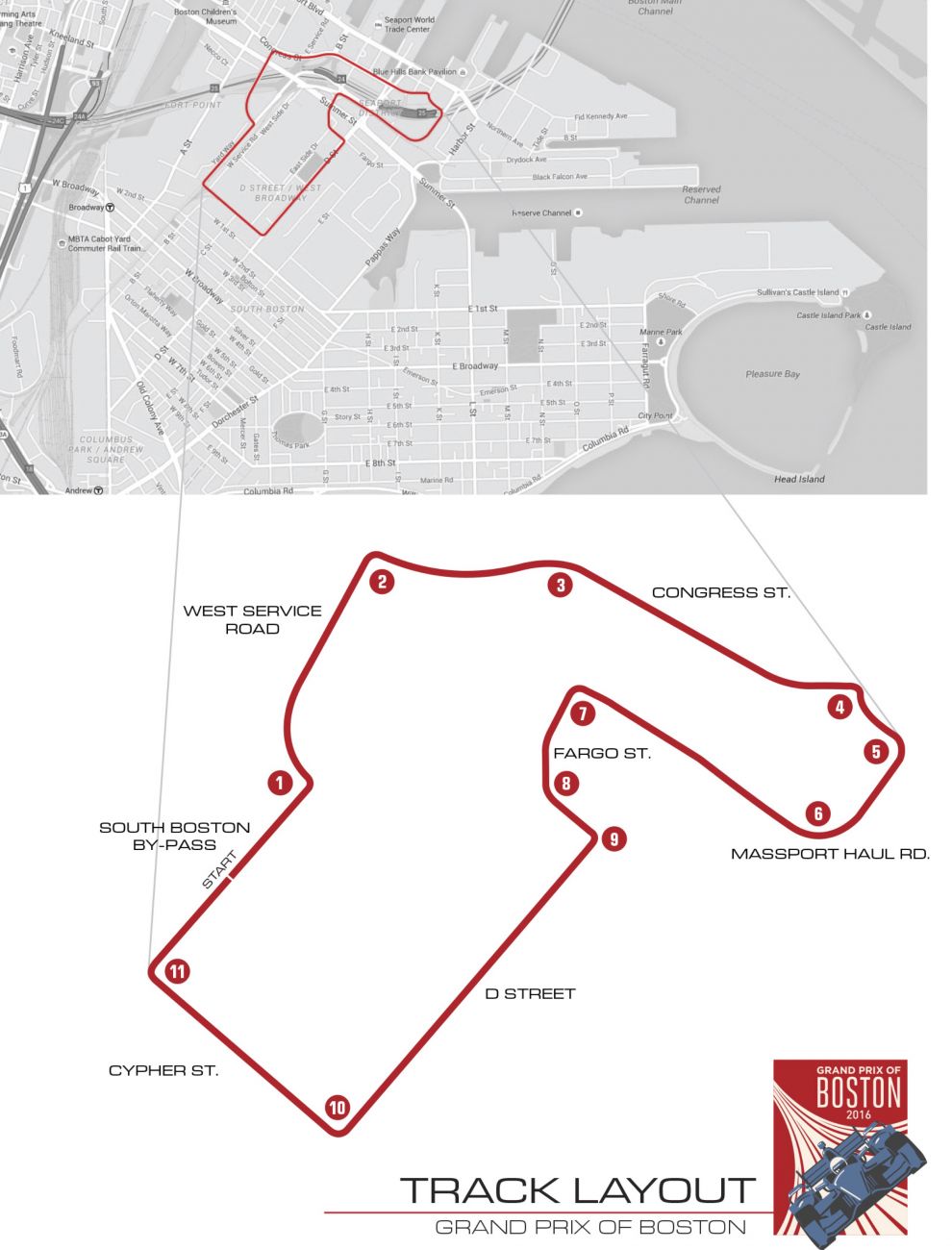 INDIANAPOLIS (May 21, 2015) – INDYCAR announced today that it will race in the South Boston Waterfront on Labor Day weekend during the 2016 Verizon IndyCar Series season. The Grand Prix of Boston Street Circuit will feature an 11-turn, 2.25-mile temporary street course that surrounds the Boston Convention and Exhibition Center. The event marks the first time INDYCAR has raced in the Boston area, a key northeast market for the Verizon IndyCar Series.

“The level of enthusiasm we have received from the Boston community has been phenomenal and we look forward to showcasing the Verizon IndyCar Series on Labor Day weekend in 2016,” said Mark Miles, CEO of Hulman & Company, the parent of INDYCAR and the Indianapolis Motor Speedway. “There has been a tremendous amount of work from community leaders and Grand Prix of Boston officials and those efforts led to this key addition to our 2016 calendar. We’re thankful to Boston Mayor Martin Walsh, Grand Prix of Boston CEO Mark Perrone and many other supporters who were instrumental in making today’s announcement possible. Establishing INDYCAR racing in the northeast is an integral part of our strategy for growing our national fan base.”

“This is an exciting time in Boston and as we explore new ways to grow and attract visitors here, we’re engaging in strong dialogue with organizations like the Grand Prix of Boston,” said Mayor Walsh. “This event has great potential to bring an influx of tourism and support our local businesses during what is traditionally a challenging holiday weekend for hospitality. I’m excited to begin this process and hear from our residents and business owners as we move forward.”

“We’re excited to bring this event to the world-class city of Boston,” said Perrone. “From the initial concept, and every step of the way, Mayor Walsh and his leadership have shown an incredible enthusiasm and openness in exploring this new concept, and we’re looking forward to continuing this engagement with the community.”

The Verizon IndyCar Series will be competing in the 99th Running of the Indianapolis 500 Mile Race this weekend at the Indianapolis Motor Speedway. The race will be broadcast live this Sunday at 11 a.m. ET on ABC, with radio coverage provided by SIRIUS 212, XM 209 and the IMS Radio Network.

Chicago Street Circuit on the table for future NASCAR race