Gordon, 44, will race against Kyle Busch, Kevin Harvick and Martin Truex Jr. on Sunday at Homestead-Miami Speedway in pursuit of his fifth NASCAR championship. Win or lose, Gordon will retire after the race to cap more than 20 years of professional competition. 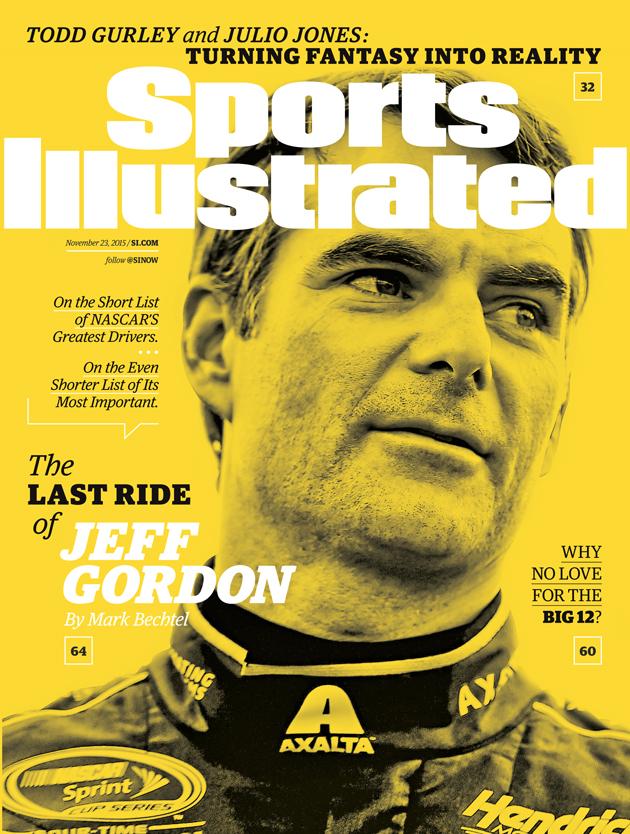 SI’s Mark Bechtel looks back at the highlights of Gordon’s career, from his accomplishments on the track to his complicated relationship with his dad and his sudden transformation years ago from a devout Christian to something more Hollywood.

Also featured in this issue are profiles on St. Louis Rams running back Todd Gurley and Atlanta Falcons wide receiver Julio Jones, as well as a discussion on why even an undefeated Big 12 team might not earn a college football playoff bid.

Gurley and the Rams are featured on the regional cover that will be delivered to the following locations: Missouri, Michigan, Indiana, Illinois, Iowa, Nebraska, South Dakota, North Dakota, Minnesota, Wisconsin.