INDIANAPOLIS – Dec. 10, 2015 – The 2016 World of Outlaws Sprint Car Series Schedule was announced today during the Performance Racing Industry Trade Show. The season which has 93 scheduled dates and takes the series to 52 different tracks in 24 states and one Canadian province features new facilities, new big events and promises some of the fiercest competition in the nearly 40 year history of the series.

The Outlaws kick off their 2016 season at Volusia Speedway Park in Barberville, Florida, February 12 to 14, for DIRTcar Nationals. The annual tradition features three nights of racing at the world’s fastest half-mile dirt track. To the DIRTcar Nationals champion goes the coveted ‘Big Gator.’

That coveted prize is the first in a season that from February to late October includes some of the biggest events in sprint car racing – and in all of motorsports.

Eldora Speedway’s Kings Royal expands to three days in 2016, July 14 to 16, with the addition of a new Thursday night kickoff event, the ‘Jokers Wild.’ The Ironman 55 returns to Federated Auto Parts Raceway at I-55 on August 5 and 6 as series competitors work to prove who the strongest man is. Out west, the Outlaws battle the fierce competition in California at Silver Dollar Speedway’s Gold Cup on September 9 and 10. In Pennsylvania, at the historic Williams Grove Speedway, the Outlaws battle the Posse during the expanded three-day, $50,000-to-win National Open.

The World of Outlaws continues to add and build on weekend destination events throughout the 2016 schedule. 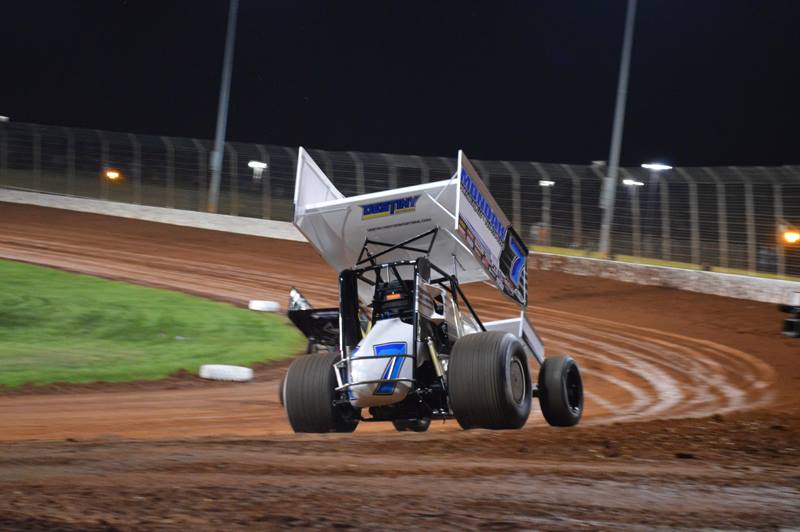 The Texas Outlaw Nationals, at the birthplace of the series, Devil’s Bowl Speedway in Mesquite, Texas, has quickly become a series and fan favorite. ‘The Greatest Show on Dirt’ returns for two-days on April 22 and 23. The FVP Outlaw Showdown at The Dirt Track at Las Vegas moves to Thursday and Friday, March 3 and 4 in 2016 to coincide with the NASCAR weekend at Las Vegas Motor Speedway. Knoxville Raceway’s spring World of Outlaws event expands to two nights, June 10 and 11.

The Outlaws take on Badlands Motor Speedway in Brandon, South Dakota for two blockbuster weekends in 2016. The Outlaws will celebrate Fourth of July weekend for the first time ever at the track. Then, the series returns August 19 and 21 for the first Rock N Roll Gold Cup with $50,000 to the winner.

“Every year we work hard to make the World of Outlaws schedule bigger and better than the year before,” said World of Outlaws Sprint Car Series Director Carlton Reimers. “From February to October, the 2016 season promises to be filled with thrilling action at all of the new events and longstanding World of Outlaws traditions.”

The series returns to several tracks after multi-year absences and takes on several more for the first time ever. Among the first-time tracks are Cotton Bowl Speedway in Paige, Texas on February 26, Arizona Speedway in Queen Creek, Arizona on March 6 and Plymouth (Indiana) Speedway on May 13.

The battle between the Outlaws and the Pennsylvania Posse begins on May 18 at Lincoln Speedway’s Gettysburg Clash and continues with trips throughout the spring, summer and fall to Williams Grove Speedway and Port Royal Speedway.

Cedar Lake Speedway’s two-day Sprint Car Showdown returns for the second year on July 8 and 9, and kicks off the ‘Month of Money’ with a $15,000-to-win prize on Saturday. The Brad Doty Classic which moves back to Attica Raceway Park follows that up on July 12. After taking on the Kings Royal, the Outlaws head to Lernerville Speedway in Sarver, Pennsylvania on July 19 for the Don Martin Memorial Silver Cup.

The series makes two West Coast swings this season. The first, a six-week stretch to start the season from March 3 to April 18, takes the Outlaws to Nevada, Arizona and California. In September, the Outlaws return for a week-long stretch with stops in Washington, Oregon and California.

The Outlaws take one trip to Canada in 2016 on July 26 for Ohsweken (Ontario) Speedway’s annual Six Nations Showdown.

The 2016 World of Outlaws Sprint Car Series Schedule will wrap up and the champion crowned October 27 to 29 at the 10th Annual Bad Boy Buggies World of Outlaws World Finals at The Dirt Track at Charlotte Motor Speedway in Concord, N.C. The season finale is one week earlier in 2016.

“With just nine weeks to go before DIRTcar Nationals, we couldn’t be more excited to kickoff the season and write another chapter in the rich history of the World of Outlaws,” said Reimers.

Tickets for many of the announced dates are already on sale and available by calling toll-free 844-DIRT-TIX (347-8849) or by visiting, http://www.WorldofOutlaws.com/Tickets.