The move puts the incumbent Sam Hornish Jr. out of a ride. Hornish joined the organization for the 2015 season after driving part-time in the XFINITY Series for Joe Gibbs Racing in 2014. He finished 26th overall and earned just three top 10s.

Scott will make his debut for the team at the Goodyear tire test at Homestead-Miami Speedway on Monday, Dec. 14.

“I am thrilled to go Sprint Cup Series racing full time next year and to do it with such an iconic team,” Scott said in a release provided by the team. “When you think NASCAR racing, you think Petty. I’m glad to now be a part of that legacy. I had a lot of fun competing in the XFINITY Series for the last seven years, and I’m excited to take the next step. I ran some races in the Sprint Cup Series the last few years and learned a lot. I feel like we are in a good position to compete for the Rookie of the Year next year and continue the consistency that RPM built over the last few years.”

Next season will be Scott’s first full-time Sprint Cup Series campaign after six seasons competing for the XFINITY Series championship, most recently forRichard Childress Racing. The 27-year-old made 10 Cup starts this year in the No. 33 Chevrolet with a best finish of 12th at Kansas in October. 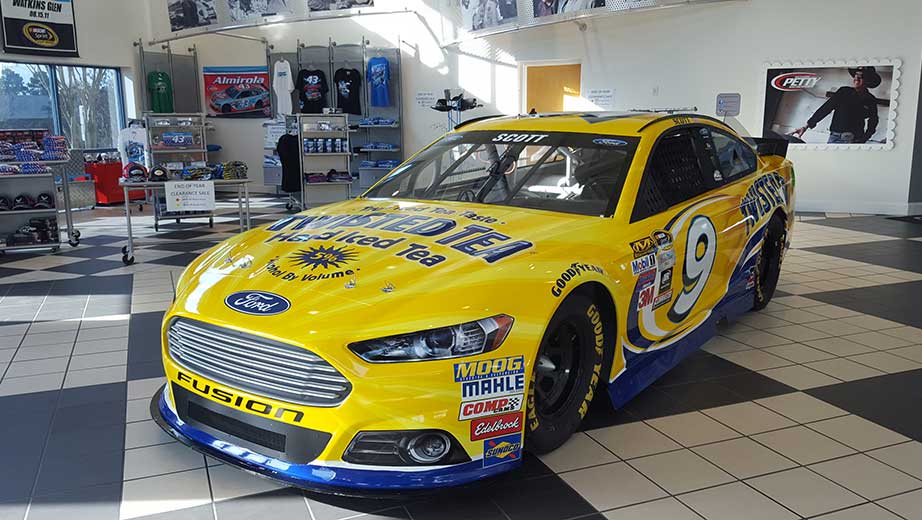 “We’re happy to welcome Brian to the team,” co-owner Richard Petty said in a team release. “Our team has worked very hard to continue our winning tradition and building consistency. We feel Brian is a great addition to that. He’s made a steady progression through the ranks, and now, we feel he’s ready to compete in the Sprint Cup Series.”

More details, including sponsorship, will be released in the upcoming weeks, according to the team.

Richard Petty Motorsports also fields the No. 43 Ford driven by Aric Almirola in the sport’s top series. Almirola made the Chase in 2014 after scoring his first win at Daytona in July.