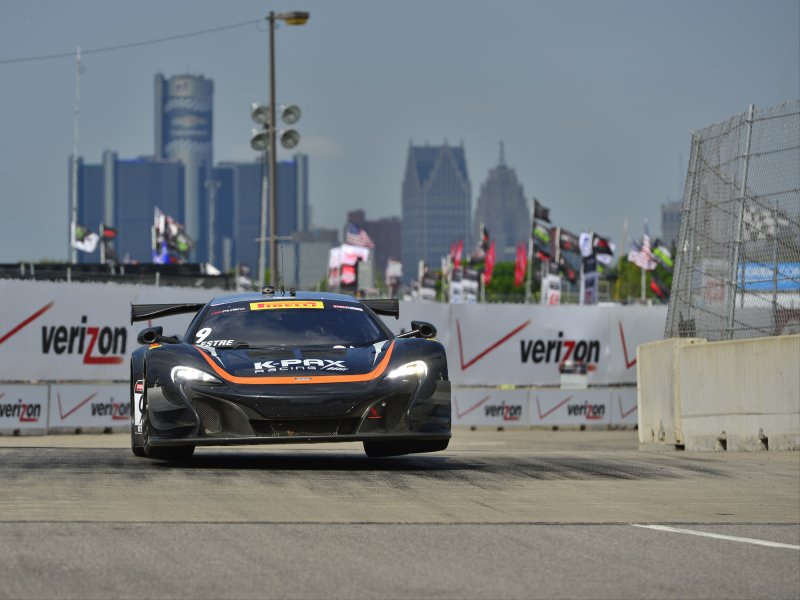 In 2016, Frenchman Kevin Estre will take a vitally important step in his career. After two seasons at McLaren GT crowned with pole positions, victories and records he will become a works driver for German manufacturer, Porsche. His programme will include the North American Endurance Championship, which comprises the four most prestigious long-distance events in the USA, while in Europe he will be on the grid for the Nürburging 24 Hours and also the Le Mans 24 Hours if Porsche’s invitation requests are approved by the Automobile Club de l’Ouest’s Selection Committee. Other outings may be added to his schedule depending on the needs of his new employer.

Estre had a very rich and satisfying 2015 season. The 27 year-old French ace won two rounds of the Blancpain Endurance Series and four in the Pirelli World Challenge. He enhanced his endurance experience with his first participation in the Bathurst 12 Hours in Australia, and above all with his maiden outing in the Le Mans 24 Hours at the wheel of a Ligier-Honda JS P2 prototype. He also took up the challenge of the awesome Macau roller-coaster in the first FIA GT World Cup. Finally, the man from Lyon made a big impression in the Spa 6 Hours on his first drive in both the Porsche 911 RSR and the World Endurance Championship (FIA WEC). This great adventure with the Porsche Team Manthey, the official Porsche works representative in LMGTE Pro, ended in a top-3 finish in this hotly-contested category.

Kevin Estre will race in the 2016 edition of the North American Endurance Championship which includes the Daytona 24 Hours, the Sebring 12 Hours, the Watkins Glen 6 Hours and the Petit Le Mans on the Road Atlanta circuit. He will share the #911 Porsche 911 RSR with fellow Porsche works drivers Patrick Pilet and Nick Tandy. In the past Kevin put on impressive performances in these major long-distance events. For example in the 2014 Daytona 24 Hours, he made a spectacular comeback from 19th to 3rd place in his first stint; and he also set the quickest time of the 12 Porsche 911 GT Americas entered. At Sebring in 2013 his fastest time in the race was officially homologated as a new lap record in its category.

Kevin Estre could also drive one of Porsche’s 911 RSRs alongside Pilet and Tandy at the Le Mans 24 Hours in the LMGTE Pro class, if the ACO’s Selection Committee agrees to Porsche’s demand. On the famous Nordschleife, Kevin Estre holds the lap records for the 25.378-km circuit in qualifying and the race since the 2014 Nürburgring 24 Hours. Thus he fully deserves the title of ‘Ringmeister’ and can’t wait to return to the ‘Green Hell’ with Manthey Racing Team, at the wheel of the new 911 GT3 R.

To say that he knows the legendary 911 like the back of his hand is to state the obvious. He is one of the few drivers to have won two different Porsche Carrera Cups: the French series in 2011 and the German one in 2013. Between the two he finished second in the Porsche Mobil 1 Supercup, a mere three points behind the champion. In all he scored 38 victories at the wheel of the 997 and 991 generation 911 GT3 Cups in these three championships. With the same car Estre clinched class victories in the VLN in 2013. In addition to the 911 GT America he also drove the 2010 generation 911 GT3 R in different national and international championships. Last year he scored a memorable double in Zandvoort in the ADAC GT Masters. The former European kart champion is perfectly trilingual and steeped in German culture. He moved to Germany at the start of 2012 and now lives in Austria.

Kevin Estre: “I’d really like to thank McLaren GT for giving me my first works contract at the end of 2013 as this enabled me to launch my professional career. A new chapter is beginning with Porsche, a make to which I’m very attached and which I’m extremely happy to join today.”