Emblematic of the new series branding, a new series logo also was unveiled alongside six of seven venues for the 14-race schedule for the 11th season of the International Motor Sports Association (IMSA) Development Series. Mazda Prototype Lites Presented by Cooper Tires provides thrilling action and grooms drivers and teams for future WeatherTech SportsCar Championship competition in the Prototype and Prototype Challenge classes.

Ten of the series’ 14 rounds will be companion races to WeatherTech Championship events, creating plenty of high-profile visibility for teams and drivers at the largest, most prestigious sports car racing events in North America.

The return to Mazda Raceway Laguna Seca on Sept. 9-11 is one of two anticipated “standalone” event weekends for the series, alongside an additional weekend to be announced.

“This combination continues to appeal to more teams, drivers and fans, and the return to Mazda Raceway Laguna Seca will create even more interest.” 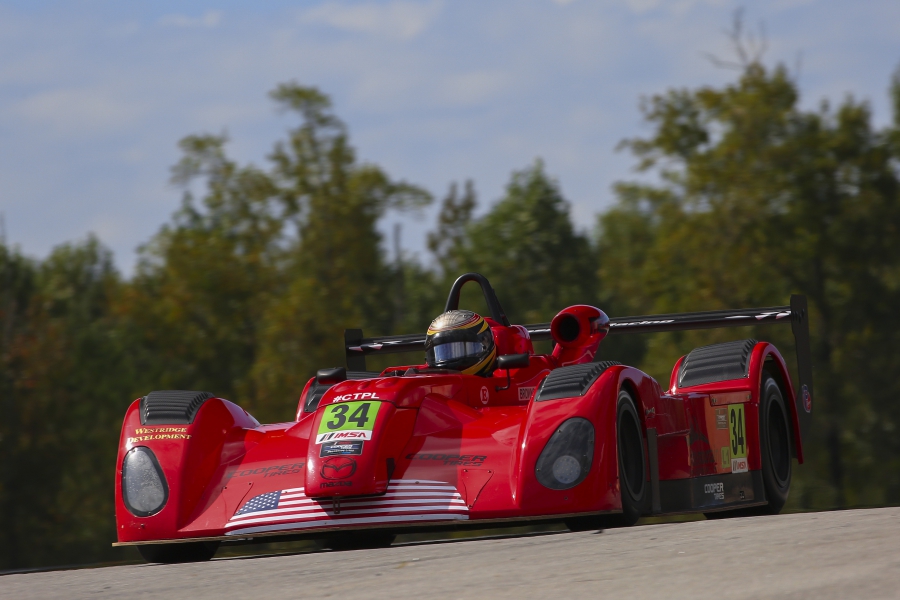 The 2016 season gets underway March 16-18 at Sebring International Raceway in Sebring, Florida, as part of the prestigious Mobil 1 Twelve Hours of Sebring Fueled by Fresh From Florida race week.

Next up is a traditional early-summer stretch at Watkins Glen International and Canadian Tire Motorsport Park, this season on consecutive weekends.

The popular Watkins Glen races in the scenic Finger Lakes region of upstate New York are scheduled for June 30-July 2 at Watkins Glen, New York, followed by a quick jaunt north of the border to the challenging, fast CTMP in Bowmanville, Ontario on July 8-10.

Teams and drivers then will compete at VIRginia International Raceway in Danville, Virginia, on Aug. 26-28 as part of the WeatherTech Championship Oak Tree Grand Prix weekend. It will be the third consecutive season for the series at the fast, flowing track.

An exciting championship run then starts in Northern California on Sept. 9-11 at Mazda Raceway Laguna Seca. It’s the first time the Mazda Prototype Lites Presented by Cooper Tires series has raced at the track, which includes the iconic “Corkscrew” turn complex, since 2013 and the first races on the West Coast since that event.

The season again will end during the Petit Le Mans Powered by Mazda weekend Sept. 28-30 at Road Atlanta in Braselton, Georgia, one of the most prestigious events in the WeatherTech Championship.

“Mazda is pleased to be the title partner of the Mazda Prototype Lites Presented by Cooper Tires,” said John Doonan, director of motorsports at Mazda North American Operations. “For many drivers, it is a first step into high-speed, high-downforce Prototype cars, which is why it is a part of our driver development ladder system, the Mazda Road to 24. Mazda advertisements say ‘Driving Matters,’ and this series is a great example of that idea. With the Mazda power, Cooper Tires and Élan chassis all being equal, the driver is the key element to victory. Driving does matter.

“We’re excited about seeing the series return to Mazda Raceway Laguna Seca. It’s our ‘spiritual home’ of sorts here in North America, and I believe fans will see fast and very competitive racing at one of the most iconic circuits in the world.”

Two classes of competition take drivers and teams down unique, exciting roads of prototype sports car racing in the Mazda Prototype Lites Presented by Cooper Tires, with all competitors racing in Élan DP02 chassis powered by Mazda engines and riding on Cooper Tires.

“We’re happy to continue our support of Mazda Prototype Lites Presented by Cooper Tires,” said Chris Pantani, Cooper Tires director of motorsports. “We really enjoy the opportunity to watch, develop and foster drivers’ careers through this important development platform while strengthening the relationships we have built in the IMSA paddock since 2010.”

NOTE: An additional event weekend and venue will be announced at a later date.