In anticipation of an exciting 2016 season opening event, Flying Lizard Motorsports and Krohn Racing have joined forces for competition in IMSA WeatherTech SportsCar Championship’s Rolex 24 at Daytona International Speedway. The Audi customer racing team will run the No. 45 Audi R8 LMS, the same car that finished 2nd in the 2014 running of the event.

Flying Lizard Motorsports has previously raced the 24 Hours of Daytona seven times, earning three podiums and two pole positions. In 2014, the team celebrated a win at the iconic event, but four hours after the podium celebrations, a penalty on a competitor’s car was reversed, reinstating the competitors as the winners. In 2015, the team returned with a strong lineup, but a problem in the first hour took the car back to the garage for 30 minutes. Upon returning, the team showed a strong, error free run, again completing all 24 hours of racing.

With both Flying Lizard Motorsports and Krohn Racing having individually celebrated wins at the 12 Hours of Sebring and Petit Le Mans, both are still determinedly seeking their first victory at the 24 Hours of Daytona.

Since Tracys Krohn’s first year acting as a team owner and driver, he has been a part of an endurance race winning effort. In 2005, Krohn and co-driver Nic Jonsson clinched the overall win at the 6 Hours of Watkins Glen, and in 2011, Krohn celebrated class wins at the 12 Hours of Sebring and Petit Le Mans. 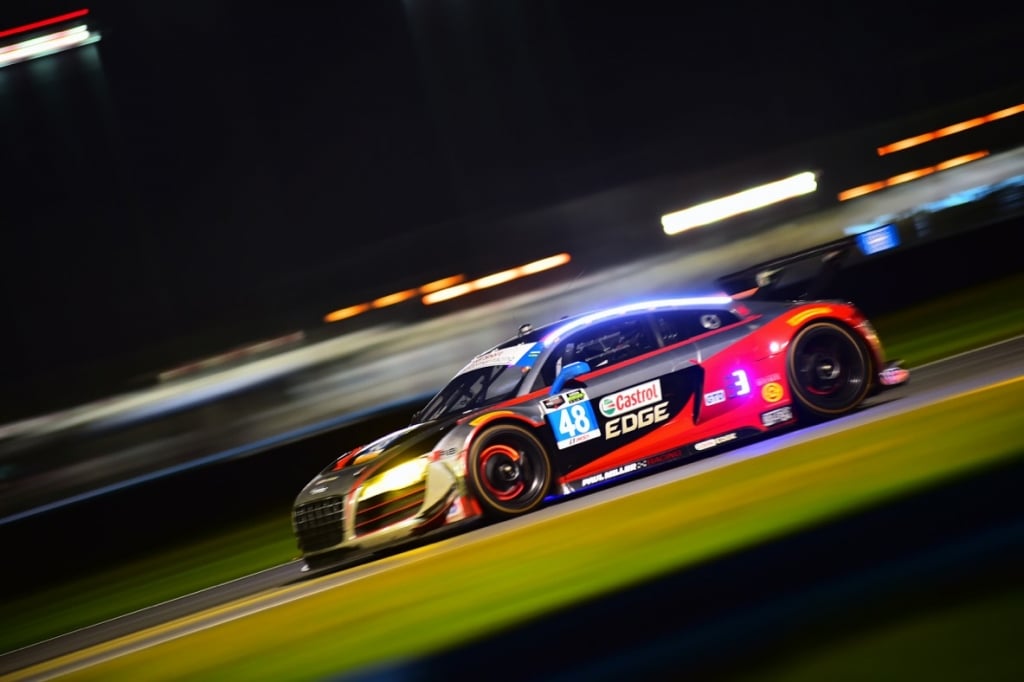 The 2016 season will mark Nic Jonsson’s 26th year racing professionally, and more impressively, his 12th full season with Tracy Krohn. With such consistency being a rare find in motorsports, the two teammates will strengthen the already robust driver line up. The Swedish driver’s resume is extensive, including experience in IndyCar, Touring cars and NASCAR. With a Rolex 24 best finish of 4th place, Jonsson has a clear determination to finish on the top step next month.

With an extensive career in endurance racing, as well as histories with Krohn Racing and Audi, German racer Pierre Kaffer is a solid fit to the Rolex 24 lineup. As part of a joint effort between Krohn Racing and Risi Competizione, Kaffer was a part of the 2009 24 Hours of Le Mans winning effort, and also holds multiple wins at the 12 Hours of Sebring and Petit Le Mans.

Also a former competitor of Flying Lizard Motorsports, Audi Sport customer racing driver Christopher Haase joins the team after coming in 3rd in the 2015 GTD championship, driving the Audi R8 LMS. The German driver is a two time winner at the 24 Hours of Nürburgring, one time winner at Petit Le Mans, and most recently, came in 2nd at the 2015 12 Hours of Sepang.

Although other competitors in the WeatherTech GTD class will be running the new Audi R8 LMS, the Flying Lizard will continue to run the same Audi R8 LMS as before, but upgraded to the homologated GT3 spec. Adding more aerodynamic grip, the car will run a larger rear wing, bigger front splitter, bigger dive planes and a different diffuser. Unlike the previous years, the car will also be allowed to run with ABS and traction control. Running the same engine and transmission that it ran last year in IMSA’s GTD class, this is also the same configuration the team ran this month at the 25 Hours of Thunderhill, where the team ran issue free and finished on the top step over 56 other cars.

Tracy Krohn
I’m really looking forward to getting back on track for the 24 Hours of Daytona and with joining Flying Lizard Motorsports. We’ve competed against them for many years and know they run a great operation. Last month we conducted a test with the Audi R8 LMS at Sonoma Raceway. This was the first time Nic and I have had the chance to drive the Audi and we were both very impressed. I feel very confident in our package heading into the Roar Before the 24. This particular car should be very good at Daytona, and we have an excellent driver lineup, so it should be a great event.

Nic Jonsson
Having the opportunity to join a team with such pedigree is great for both myself and Tracy. And to do that as a collaboration between the two teams makes it very strong. I have been racing against and with many of the Lizard guys over the years, and makes it a very easy transition, since we already know each other, and have great respect for what each one of us do. With the experience of endurance racing between the two teams, and specifically at Daytona, I’m really looking forward to the 24 hours of Daytona in 2016. The Audi R8 LMS is a new car to both myself and Tracy, but with the Lizards having a few years of experience along with great support from Audi, we know this is a great and winning package.

I’m also very excited to have the two Audi drivers in Christopher Haase and Pierre Kaffer. They both had a lot of success over the last couple of years here in the states. Pierre has obviously been racing for another manufacturer before, and Tracy and myself were teammates with Pierre, so he’s going to be another familiar face in the mix. I feel very fortunate to have had the opportunity to race and have such great results over the years with the same teammate, and we plan on carry that on at the 24 in 2016.

Being a 24 hour race, at a very special and untraditional track lay out, it makes it for a lot of surprises, and will benefit the teams and drivers who will be patient, stay out of trouble, and understanding that, it’s about making sure you take care of your equipment and that you in contention, when the sun comes up on Sunday morning.

Pierre Kaffer
I’m really looking forward to driving for Flying Lizard Motorsports for the first time. I’ve known the team for many years, for me it’s one of the best in USA with such a strong history. The partnership together with Krohn Racing is just a great new combination. I can’t wait to work together with Tracy, Nic and Christopher! I like racing at Daytona. I was close to a win two years ago, and last year we unfortunately had to retire with a technical issue in the lead. Daytona was always a good place and this year with the Audi R8 LMS, I’m sure we have the right car. I can’t wait to drive.

Christopher Haase
I feel really excited to join Flying Lizard and Krohn Racing. These guys are great racers. We already know each other during the last two years of racing in the TUDOR championship, and we have a good relationship too. Our driver lineup is pretty good. Our car has a huge reliability and won already so many events during the last years around the world. Overall we have good package. The Rolex 24 will be like always a tough race. The biggest difference is now we all using now the GT3 Spec cars, and this is something new in 2016.

Darren Law // Flying Lizard Motorsports Program Manager
We are really looking forward to having Tracy Krohn and Nic Jonsson join us for this event. We have spent so many years as competitors, and we have a lot of respect for Tracy and Nic. It is nice to have them finally come on board and race with us. They both have a lot of experience in this type of racing and understand what it takes to win an event like this. We are also very grateful to have factory drivers Christopher Haase and Pierre Kaffer join us for this event. Both are very experienced and will complete a great driver lineup. To bring a brand new car with limited testing is risky for such a long event like this, so we are confident in our choice of last years car. Our car is proven, it is reliable, and we know its strengths and its weaknesses, which will help us to be better prepared.