The threats come from Aston Martin regarding the introduction of Fisker’s “Force 1” at the acclaimed Detroit Auto Show later this month. So far only a sketch has been seen (view sketch below).

The suit was filed in U.S. Federal Court, Central District of California, by Fisker’s legal counsel, Jonathan A. Michaels of MLG Automotive Law, an acclaimed attorney specializing in automobile law.

The suit follows a threatening letter from Aston Martin to Fisker sent in late December demanding that he not launch the Force 1 at the Detroit Auto Show, or that he first make changes to his design before its launch. 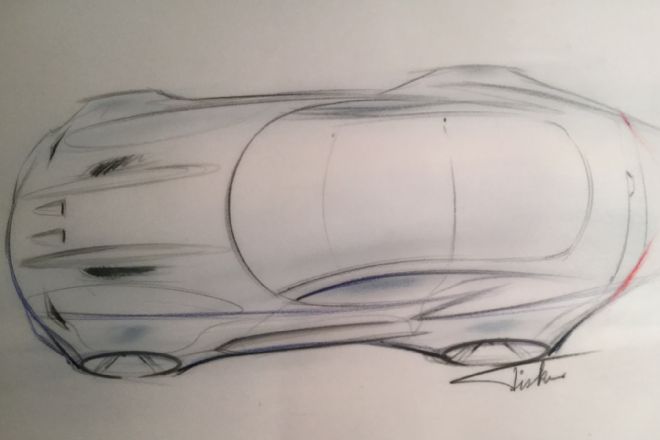 Aston Martin’s demand was made solely on a ‘teaser’ sketch of the automobile Fisker released to the media in December to invite media to its launch at the 2016 NAIAS show.

Ironically, Aston Martin’s letter admits, “We do not know what the final version of Fisker’s Force 1 will look like.” “This is a classic case of David vs. Goliath,” said Fisker. “Aston Martin is trying to intimidate me to prop up their own flailing company and to mask their financial and product deficiencies. I refuse to be intimidated and that is the reason for today’s filing.”

“We believe that in an effort to protect itself from further market erosion, Aston Martin and their three executives who run the company, conspired and devised a scheme to stomp out Henrik Fisker’s competitive presence in the luxury sports car industry,” explained Michaels.

“Because of the threats they laid out in their letter we opted to play offense in regards to Aston Martin’s transparent and nefarious motives.” The suit details Fisker’s past involvement with the company, including his design of their most successful cars, the Aston Martin V8 Vantage and the Aston Martin DB9, and highlights the severe financial and product deficiencies Aston Martin has experienced over the last five years.

Fisker is one of the world’s best known and most respected automobile designers. He has worked in design for many auto manufacturers previous to launching Fisker Automotive in 2007, and Henrik Fisker Design—his present company. Among his most notable designs, in addition to the Aston Martin’s mentioned, are the Fisker Karma, the BMW Z8 and the Rocket.